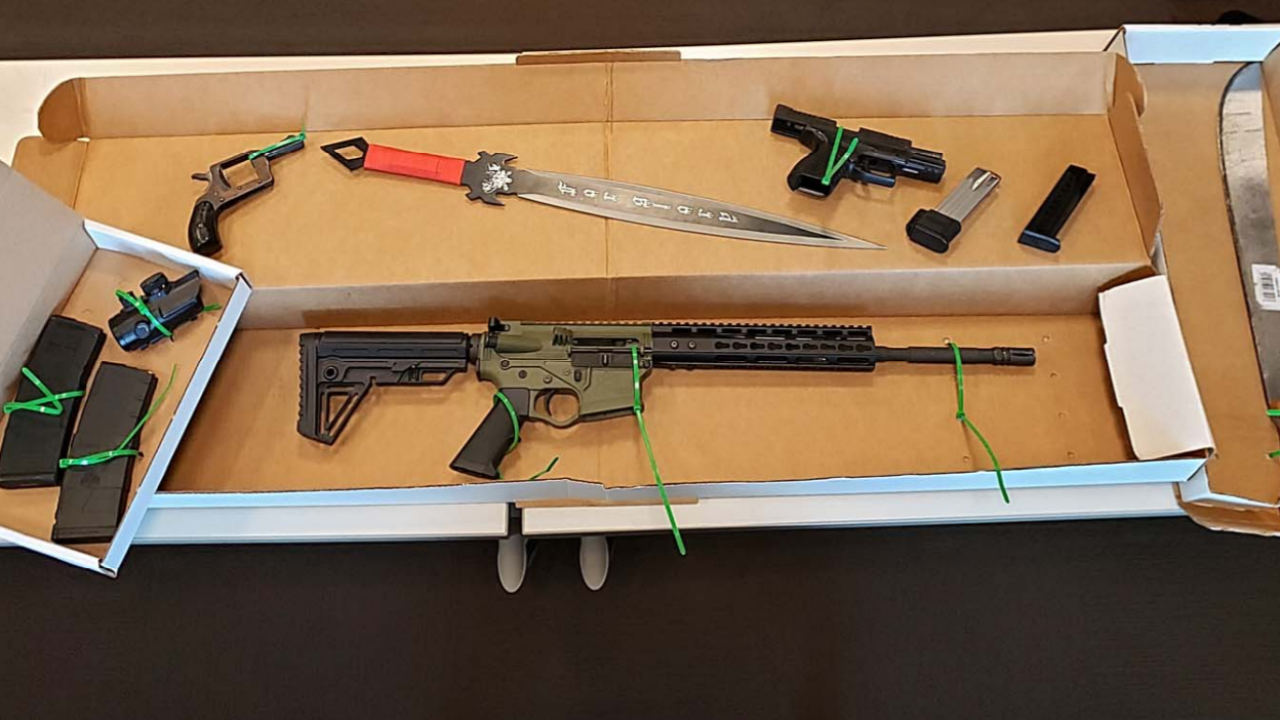 U.S. Attorney's Office of the Eastern District of NY
Weapons found during an MS-13 gang bust in North Carolina related to an indictment in New York, officials said.

The defendants are members of the Hollywood and Sailors cliques of MS-13 on Long Island, according to federal officials.

Sosa-Guevara and Torres are the leaders of the Hollywood and Sailors cliques, respectively, and were in direct communication with high-ranking MS-13 leaders in El Salvador, officials said.

Blanco and Gonzalez were arrested in North Carolina Tuesday morning and were detained after appearing in court, according to officials. They will be transferred to the Eastern District of New York and arraigned at a later date.

When authorities arrested Blanco and Gonzalez, they found machetes, firearms, ammunition, narcotics and MS-13 paraphernalia in both residences, officials said.

Alfaro, Lopez-Morales, Morales-Lopez and Sosa-Guevara, are in state custody, and Torres, who is in federal custody, will also be arraigned at a later date, officials said.

Two other MS-13 members who were juveniles at the time they allegedly committed the crimes are separately facing charges related to racketeering offenses and several murders, according to officials. Those cases remain unsealed as of Wednesday.