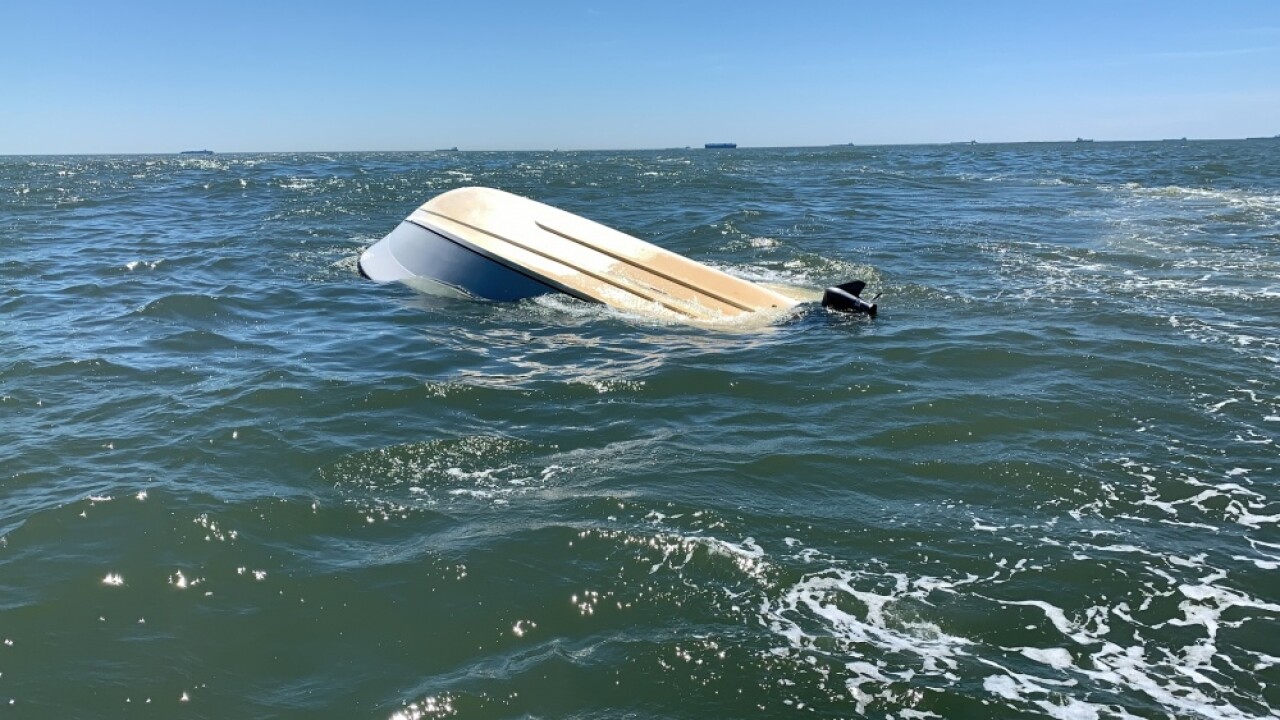 Photo courtesy of U.S. Coast Guard
One man is dead and another is missing after a boat capsized off the coast of Point Lookout on Long Island Saturday, May 2, 2020, officials said.

John Costa, 54, was trying to navigate his 22-foot Angler fishing boat through rough water near Point Lookout around 10 a.m. when the boat was hit by multiple large waves, which overturned the vessel, Nassau police said. Costa and three passengers were thrown into the water.

Not long after, a family on another boat spotted two men in the water and called for help. The good Samaritans pulled the 24-year-old and 26-year-old into their boat and continued to look for the other victims until authorities arrived.

Both men were treated for hypothermia and non-life-threatening injuries at an area hospital.

Costa was later pulled from the water and pronounced dead at a hospital, Nassau police said.

There were 11 total boat crews and four helicopter crews utilized in the search, according to the Coast Guard. However, by 10 p.m., the search for the fourth boater, a 55 year-old man, was called off pending new information, officials said.

"Our deepest condolences go out to the families and friends of those who were lost and affected by this tragic incident," said Cmdr. Valerie Boyd, a search and rescue mission coordinator with Sector Long Island Sound.

The boat was removed from the water by the Nassau County Marine Bureau and the investigation is ongoing, police said.