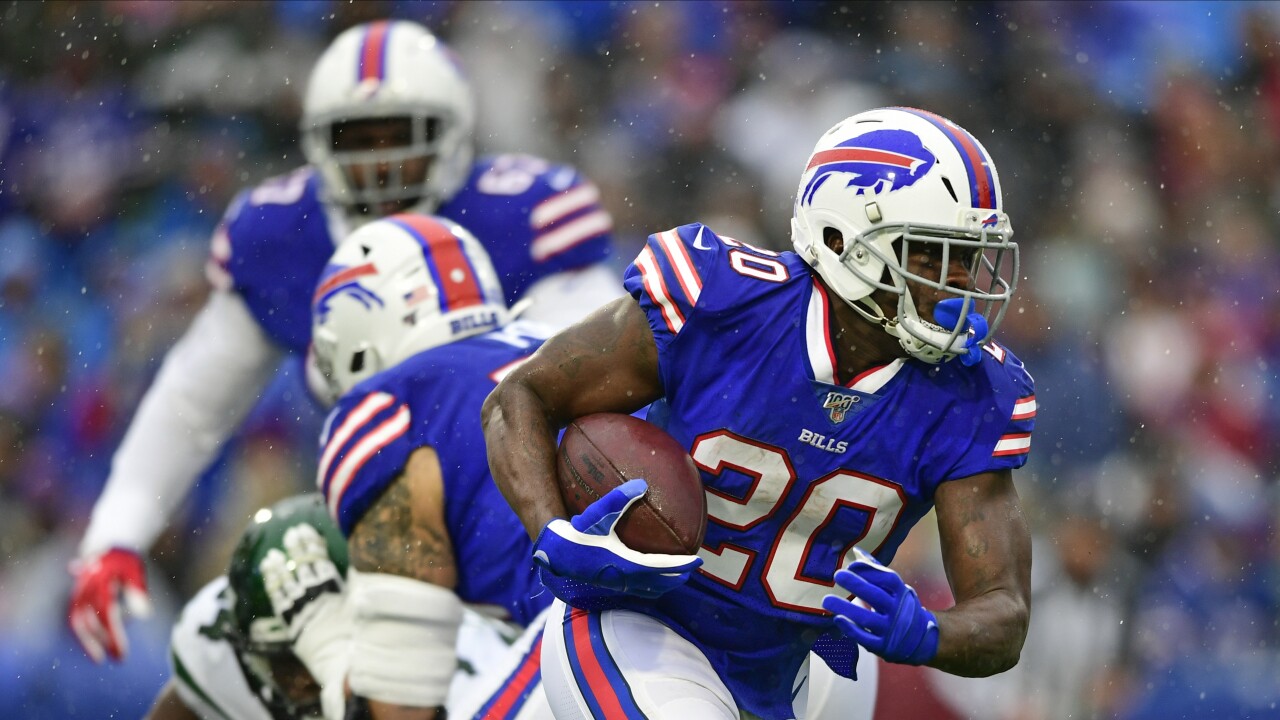 But last season the 15-year-veteran proved he still has some gas in the tank while he was a member of the Buffalo Bills.

Now the 37-year-old running back is ready to share his wisdom with some of the younger members of Gang Green.

“I’m happy to even be playing this game at my age. I’m happy that this organization gave me an opportunity."

As the oldest running back in the league, Gore has always prided himself on working out with the younger guys who play his position.

And for the last few years that’s included his son Frank Gore Jr., who is getting ready to play football at Florida Atlantic if there’s a college football season.

Gore comes into the season as the third leading rusher in NFL history behind only Emmitt Smith and Walter Payton. But success was never guaranteed.

Growing up in Florida, Gore lived with 11 relatives in a one bedroom apartment. His mother Liz worked hard to put food on the table as she struggled with kidney disease.

Now, as so many people deal with food insecurity caused by COVID-19 Gore looks back on how he and his family got through the difficult time.

“Stay positive, keep grinding, and stay together. You know what I’m saying. Work for each other. That’s what we did. That’s why my family, that’s why I had a chance to be successful.”

As he looks ahead to the upcoming season, Gore says he hopes to get the chance to show Jets fans what he can still do, but with the pandemic he knows safety has to be the first priority.

“If they can’t I understand. We want to be safe, but you want to go out there and play football, your still playing a game, but you’re playing a game that you love.”

Before joining the Jets, Gore played for the rival Bills and Dolphins so he knows the AFC East well.And with Tom Brady leaving the Patriots he says he likes the chances for Gang Green this season.