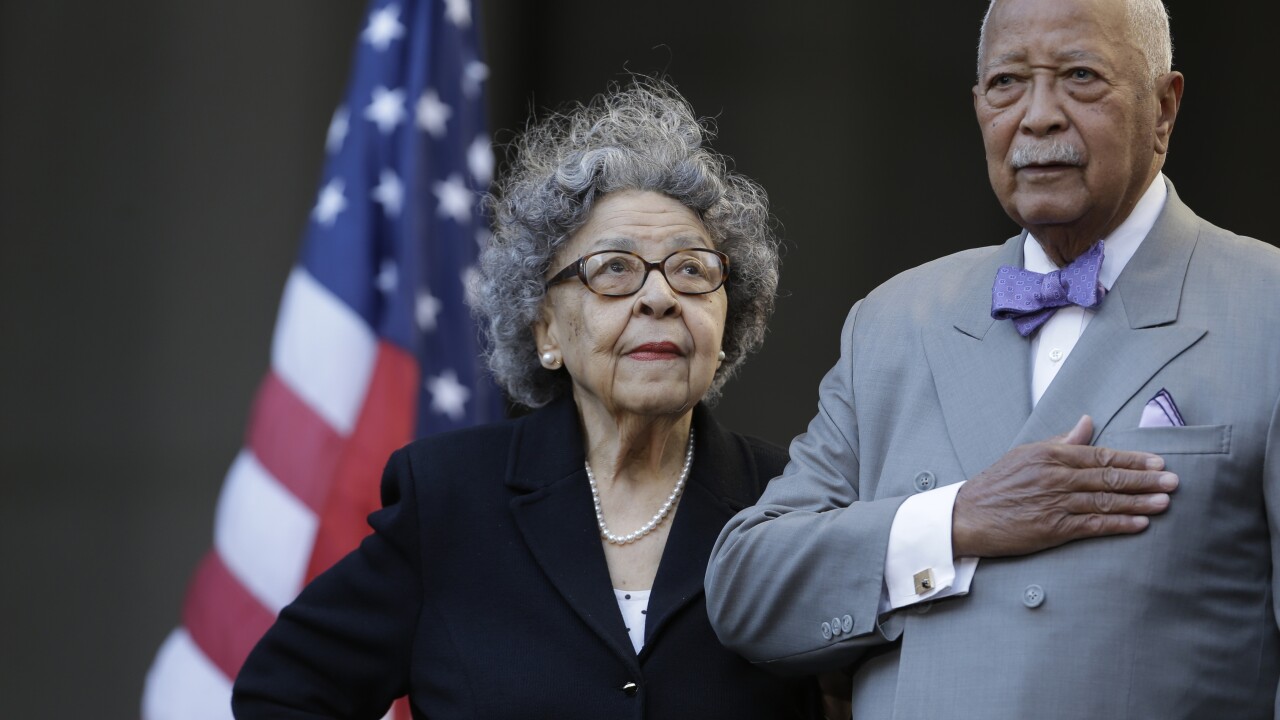 NEW YORK — The former first lady of New York City Joyce Dinkins has died. She was 89.

A family statement said she died Sunday at home. Her husband, David Dinkins, was the city's first and, to date, only Black mayor.

During his term in the early 1990s, she focused her efforts on the city’s children, promoting literacy and arts programs. A Howard graduate, she retired from her job in the State Department of Taxation and Finance.

She grew up in Harlem as the daughter of one of the first Black men to serve in the state Assembly, Daniel Burrows.

She is survived by her husband, two children and two grandchildren.