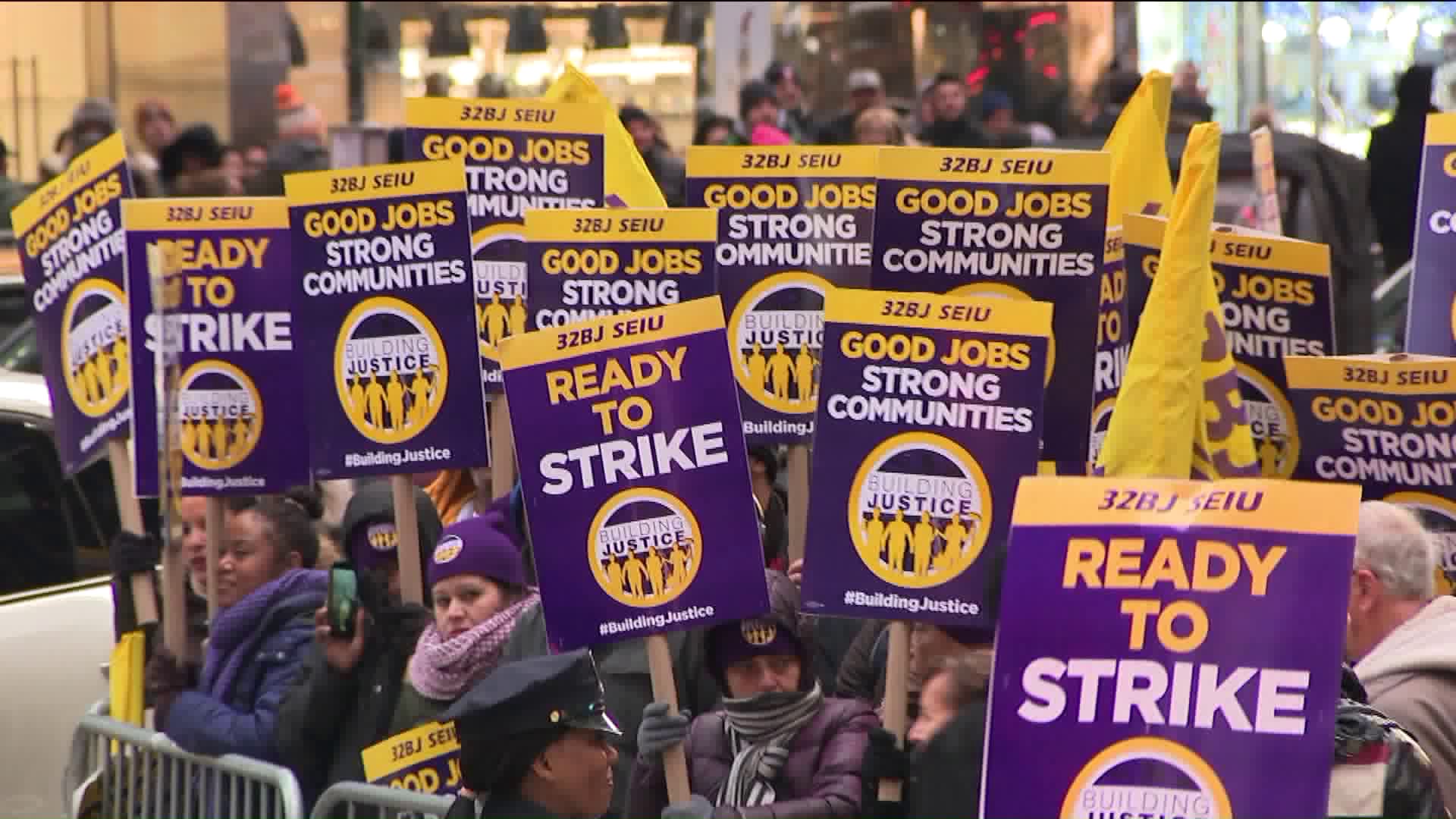 They help keep more than one-thousand office buildings clean around the city. But now more than 20,000 union employees could go on strike if they can't reach a deal by the end of the year.

But now more than 20,000 union employees could go on strike if they can't reach a deal by the end of the year.

A crowd of 32BJ union members stretched for blocks down Sixth Avenue Wednesday. All of them coming together to send a united message to the Realty Advisory Board.

"It's not about a big payday, it's about fighting to keep our benefits," said Union Member Ena Softly.

The 22,000 members of the commercial building service workers are responsible for cleaning and maintaining more than 1,300 buildings around the city. Their current contract expires at the end of the year and many are worried after the RAB proposed cutting healthcare benefits and pension plans in early rounds of negotiations.

"The members that we have that clean all of these office buildings work really hard," said Lenore Friedlaender, 32BJ Assistant To The President. "They remove tons and tons of trash everyday, they make sure that the offices are clean and nice for their tenants. They walk miles and miles everyday and deserve to be able to support their families."

Softly has cleaned the same Times Square building for 32 years. She says now is not the time to cut back on benefits for all of her union brothers and sisters.

"I love my job and we're fighting for New Yorkers," Softly said. "We work here and we should be able to live here."

Which is why the thousands who showed up Wednesday voted to unanimously to authorize a strike should it be necessary moving forward.

"I strike before in '96 and I'm preparing to strike," Softly said.

But the RAB says at this point negotiations are moving forward productively and the strike vote and rally are a formality that have taken place every contract year, despite the fact there has only been one strike since World War II.

In a statement Howard Rothschild, President of the Realty Advisory Board on Labor Relations said, "We share the same goal as the union: to reach an agreement that fairly compensates our commercial workers while reflecting the economic realities the industry faces."

"Our members are really concerned and feel very strongly that they deserve a contract that moves them forward and provides a fair wage increase, maintains the benefits that they have so that they can support their families," said Friedlaender

Both sides will head back to the table Thursday.