'I feel scared. I did not feel that way before': Hearing on police brutality extends to a second day 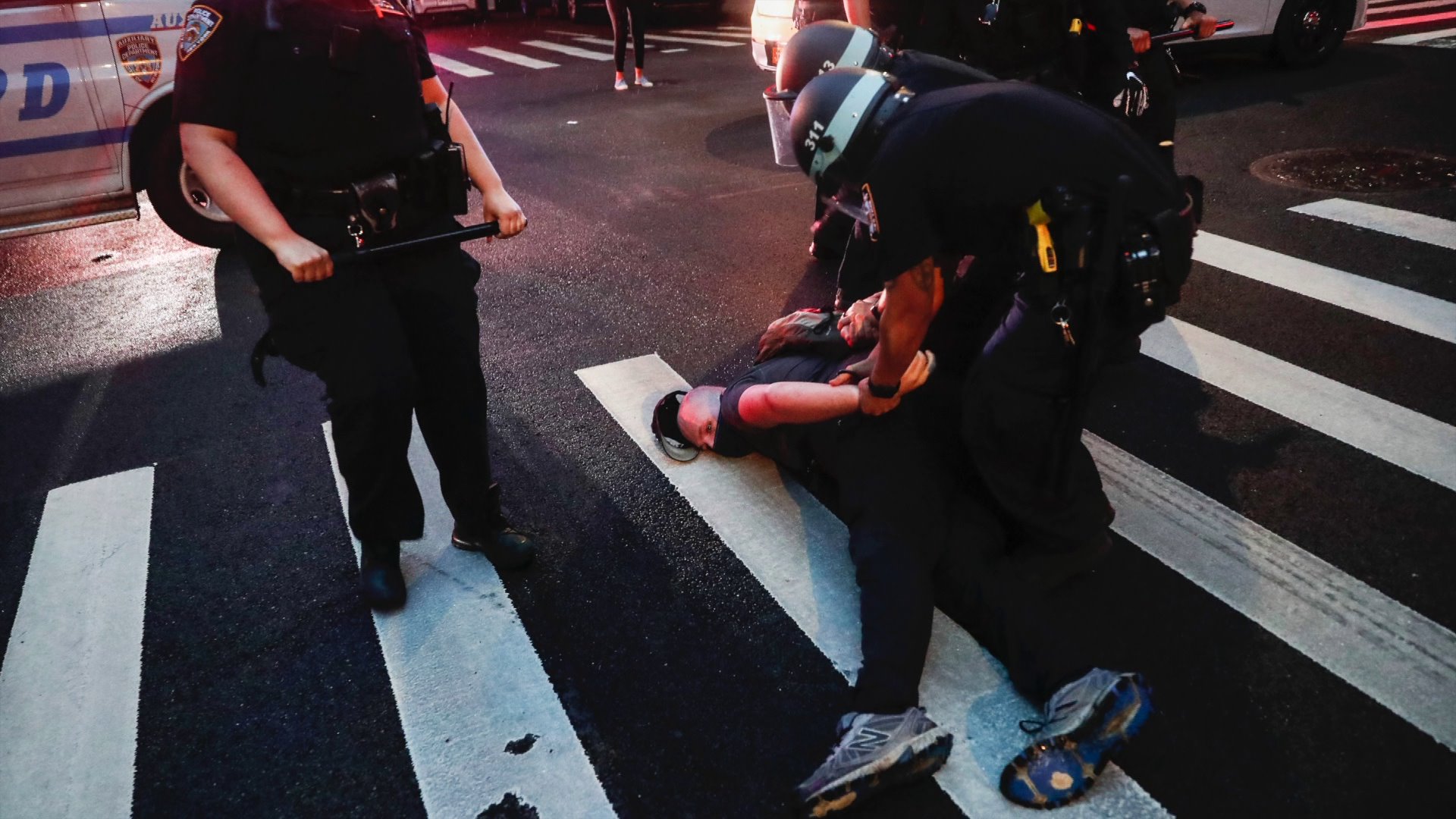 It was a hearing on allegations that officers used excessive force to quell unrest and enforce a citywide curfew in the wake of George Floyd’s death in Minneapolis.

NEW YORK — There were so many accounts of police brutality against protesters in recent weeks that a forum established to hear the stories from protesters and others on Wednesday got extended to Thursday.

James led a panel made up of former U.S. Attorney General Loretta Lynch and Barry Friedman, the director of the Policing Project at NYU Law School. The attorney general heard from a wide variety of people all day long. One was a woman who'd submitted a video of a beating by officers of some women who'd been standing next to her, at the back end of a march earlier this month.

That woman said that later on in the same day, she'd encountered more police, in full riot gear, but with no surgical masks on.

"When you're standing there with no mask and riot gear, it's hard to trust an authority figure," she told the panel. "And given what you saw on the video, I was just very dubious."

Also, more than one person testified about an incident on June 4 in Mott Haven in the south Bronx. There, police kettled, or surrounded, protesters on all sides, about 10 minutes before the 8:00 p.m. curfew began that night.

Kyla Sevino was one of the people testifying about the south Bronx incident.

"At 8 p.m," she said, "they started crushing us in on both sides, and beating people with batons, using pepper spray."

"There was a lot of blood, from what I saw," Sevino continued. "I myself was slammed to the ground, which resulted in a black eye, and then zip-tied handcuffed, with a lot of other people."

That group included Dana Koeppel, who testified that the zip ties that had been placed on her wrists turned her hands blue. She showed that she's still wearing a wrist and hand brace from the incident two weeks ago.

"I saw a doctor," Koeppel, said. "I don't remember the name of the nerve, but there's a nerve, like right here," she said, pointing to her right thumb, "that was damaged, and so I have basically pins and needles, in my right thumb... constantly."

In Wednesday's hearing, Attorney General James pointed out that the NYPD had been invited to speak at the hearing, and so had Mayor Bill de Blasio. The mayor declined. She also said that despite repeated invitations to the commissioner and other top NYPD brass, they were no shows.

Definitely showing, though, were protesters, from across New York state, but mostly from New York City. Many of them said that what they saw police doing during protests — including beating them — was surprising, in a negative way.

"I protest with my fiancé often," said Alyssa McKendrick, another protester, in her testimony. "I tell him that I feel nauseous when I see the police. I feel scared. I did not feel that way before."

The attorney general will use the testimony as part of a larger investigation into acts of brutality by police during protests. She is expected to issue a report that could influence state legislation regarding police. The attorney general is also authorized to issue criminal charges, if she deems it necessary.