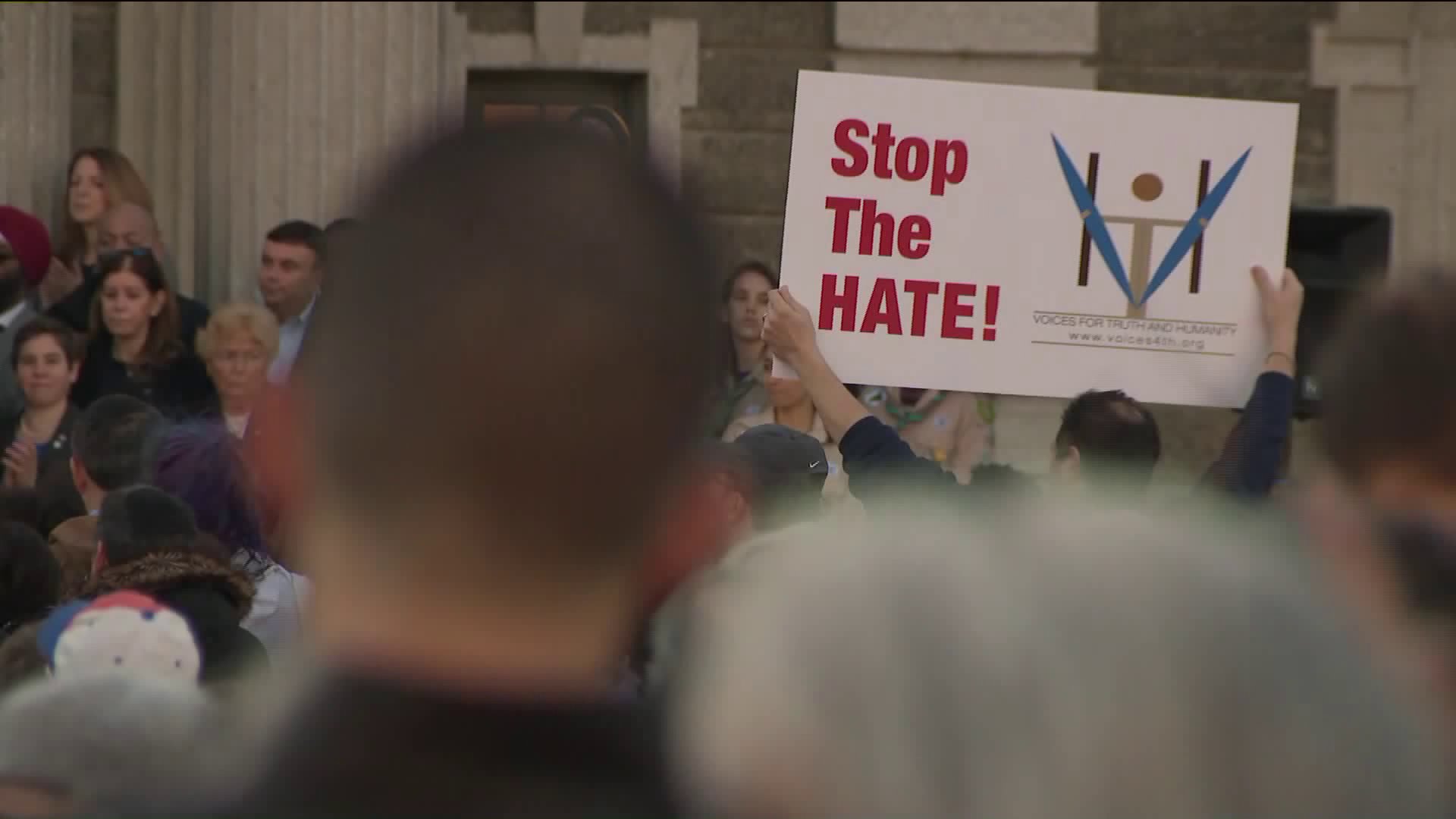 Hundreds gathered at events in Queens and Long Island on Sunday to stand up against hate.

NEW YORK — Hundreds gathered at events in Queens and Long Island on Sunday to stand up against hate.

They attended rallies against anti-Semitism in the wake of a number of troubling and deadly incidents in recent months, including the deadly shooting in Jersey City, the machete attack in Monsey and a number of unprovoked attacks in Brooklyn.

In 2019, there were 234 reported anti-Semitic attacks in New York City, an increase of 72 attacks when compared to 2018, according to the NYPD.

Cristian Benavides has more on the rallies in the video above.