How communities hardest hit by social injustices, COVID-19 could be devastated by Census 2020 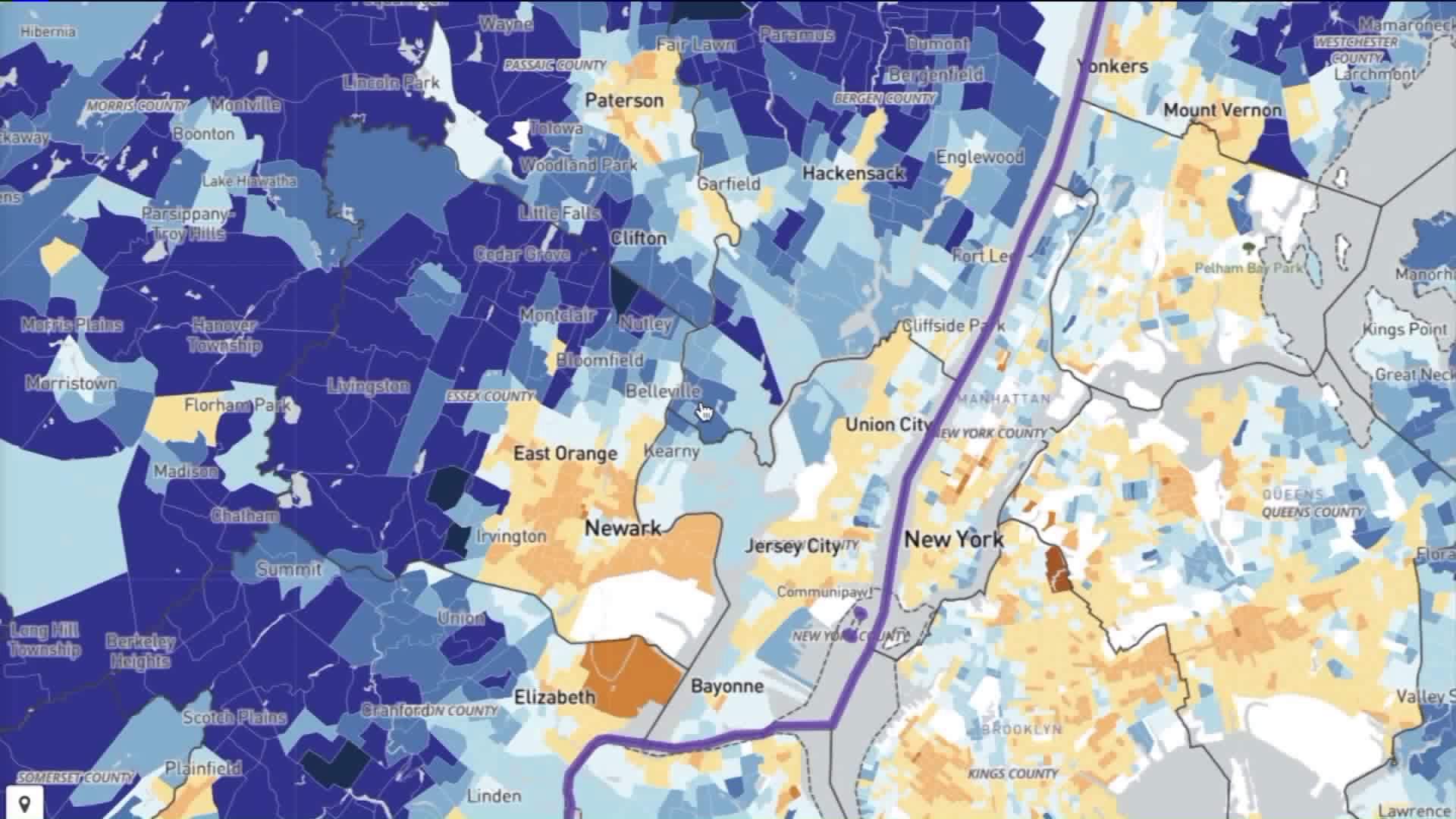 There are new concerns about the status of the 2020 Census in the tri-state area.

NEW YORK — New data shows many parts of our area are lagging behind the rest of the country when it comes to filling out the 2020 Census.

Those communities hit the hardest by COVID-19 and directly impacted by social injustices are among those not yet accounted for which could ultimately have a devastating outcome.

The unprecedented hurdles of the health crisis now sandwiched with widespread unrest has officials concerned that it will impact the final tally in the Big Apple.

“Urban areas in cities are just not doing as well,” Steven Romalewski, Director of the Mapping Service at CUNY, explained.

Their "Hard To Count" map which tracks daily response rates across the country, shows there are many swaths of Brooklyn, Queens and the Bronx lagging behind. Nearby cities like Newark, East Orange, Paterson and Jersey City are also at risk.

“A lot of these places are people that tend to have lower incomes or there are language challenges and so, in some places it’s not as easy as in others,” Romalewski said.

Currently the self-response rate stands at 60.5% nationally. That number is expected to go up as an extension will allow respondents to fill out a questionnaire through July.

After that, phase 2 of the Census will begin with teams of workers knocking on doors to continue the count.

In addition to an aggressive marketing campaign, officials have made numerous adjustments to outreach strategy including digital town halls and text-a-thons.

As the country responds to two national emergencies, the low-income minority communities which are impacted the most could lose even more if they're not counted.

“Communities that are faced with problems of police brutality, systemic racism or healthcare challenges,” Romalewski explained, “those communities need to be counted because they need political representation and a fair distribution of funding so they can get that help to overcome those challenges locally.”