How balloons are used to forecast weather 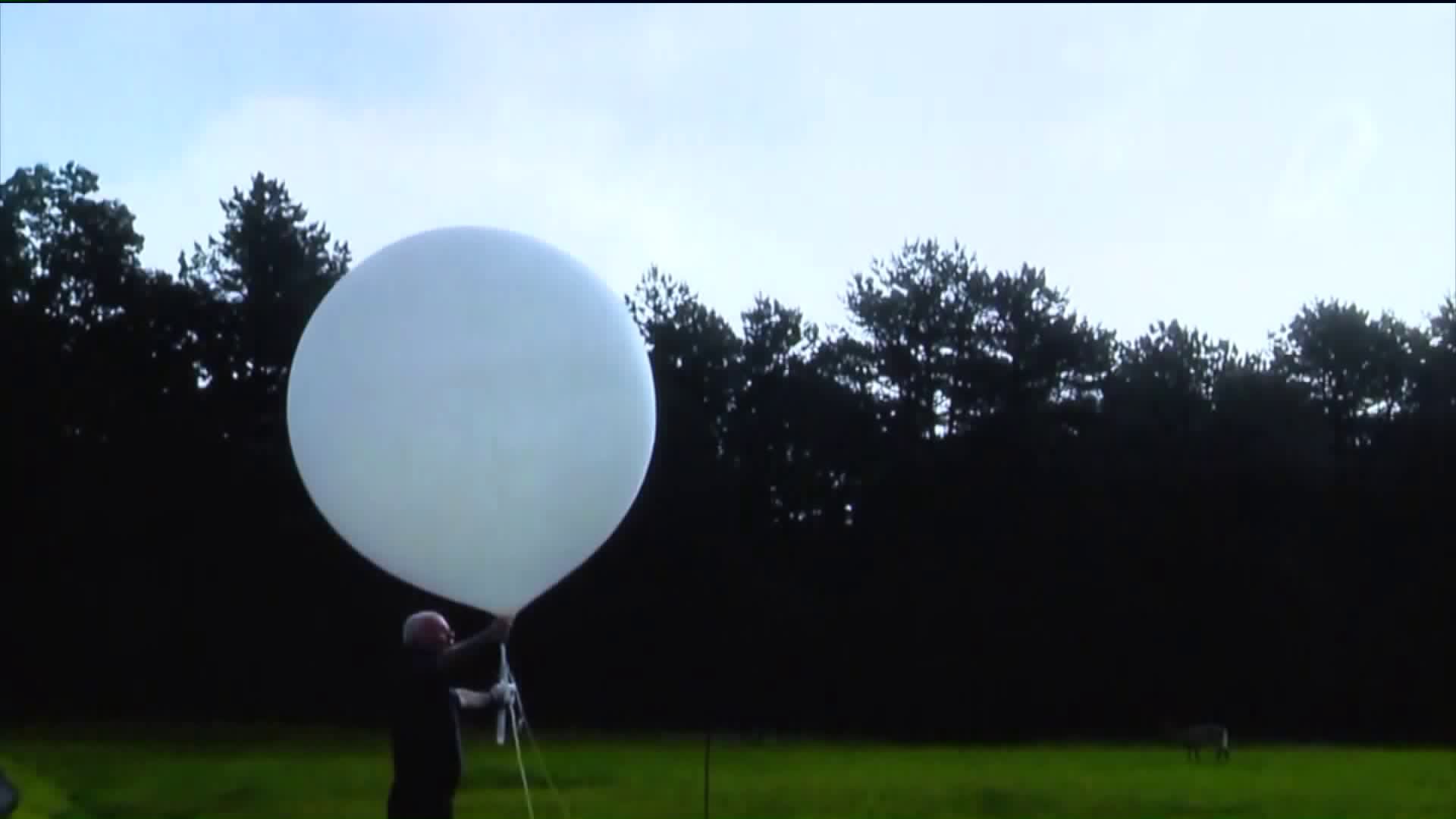 Balloons are often used to celebrate special occasions. But, did you know that it can also be used to track weather data? Weather balloons actually play an important role when it comes to daily forecasts.

But did you know that it can also be used to track weather data? Weather balloons actually play an important role when it comes to daily forecasts.

The National Weather Service in Upton, New York releases two balloons each day one in the morning and one in the evening. The launch is synchronized with over 90 other locations across the country and 900 worldwide.

The can up to about 100 thousand feet in the air. Traveling about a 1000 feet per minute and can go as far as 120 miles away from the launch point.

Each balloon gets filled with about 1000 grams of helium. In the event of rain or snow, it might be filled with a little more to allow the balloon to burst through the layer of precipitation. It’s then tied to a string and parachute.

A battery powered device called a radiosonde is attached to the balloon. It measures pressure, temperature, wind speed and relative humidity. The transmitter then sends the weather data to computer models where meteorologists use the information to forecast weather conditions.

In the event of a tropical cyclone, the weather balloons are launched more frequently to track data before, during and after the storm.

And like with any balloon, it can pop. But, the instruments are recovered, refurbished and reused for future flights.