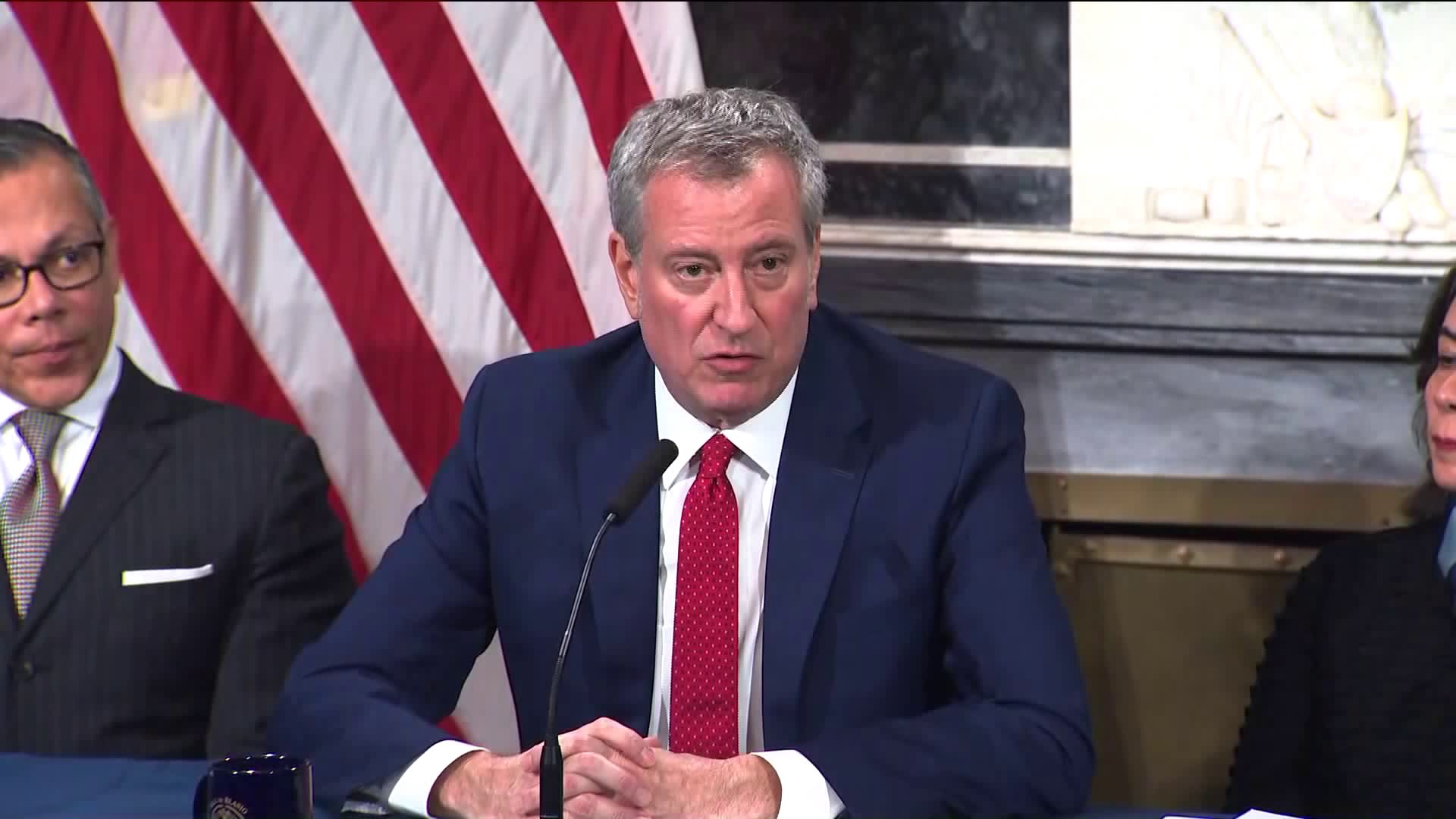 NEW YORK — No less than the governors of New York, Connecticut, and New Jersey, as well as New York City's mayor, Nassau County's and Westchester County's executives, and a variety of other officials on Wednesday made public statements showing that they're ready for the coronavirus.

Their actions were a direct response to Tuesday's warning by the Centers for Disease Control that it's "not a question of if, but when" the illness arrives in the U.S. in a more profound manner.

"It is important the the federal government take that seriously," Mayor Bill de Blasio of New York said in a mid-afternoon news conference.

"I want to thank New Yorkers," the mayor continued. "They follow through to protect themselves and their neighbors."

He pointed out that the city had issued warnings about coronavirus as early as January 29.

In Nassau County, there was a similar statement of readiness, but also a candid comment about the challenges ahead.

"This is a brand new virus," said Dr. Larry Eisenstein, health commissioner of Nassau County. "We know so little, such as the fatality rate." He added that he and his department are fully prepared. Currently, Nassau County has 83 people who were recently in China, who have self-quarantined, at the request of the Nassau County Health Department.

However, other countries are seeing the epidemic spread quickly as well. On Wednesday, de Blasio called on the CDC to expand warnings, and testing to people who've spent time recently in other countries where the virus is persistent.

He called for mandatory testing for travelers coming into the U.S. from Hong Kong, Italy, Iran, South Korea, Singapore, Taiwan and Thailand, among other nations.