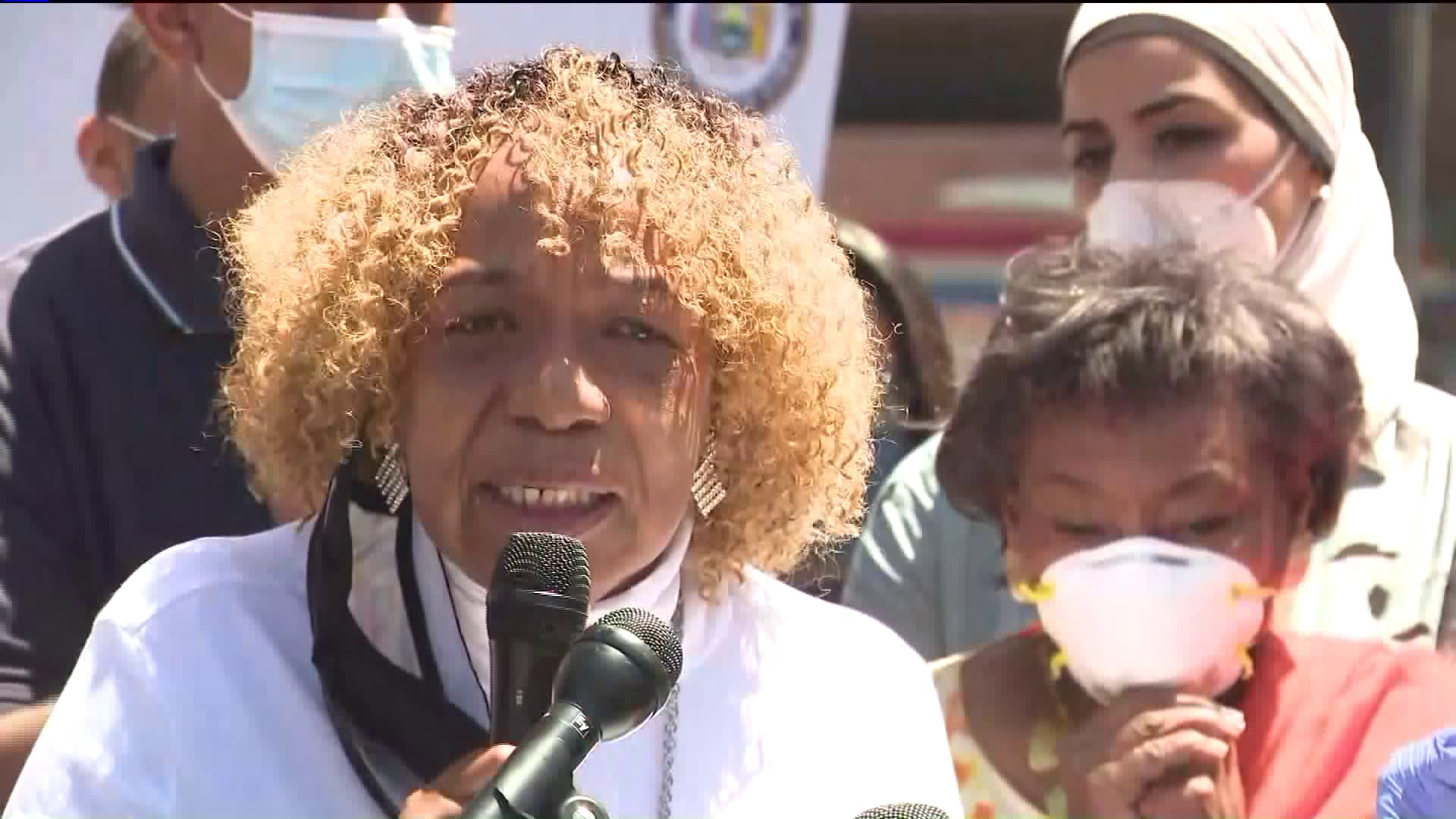 “I swore on the day my son was murdered I would not stop until I get justice,” said Gwen Carr Saturday after the Eric Garner Anti-Chokehold Act was signed into law in New York.

HARLEM, Manhattan — “I swore on the day my son was murdered I would not stop until I get justice,” said Gwen Carr Saturday after the Eric Garner Anti-Chokehold Act was signed into law in New York.

“When they killed him that day, they don’t know they killed the wrong mother’s son, she was not gonna stop,” she said at a Harlem rally, as she was joined by many community and city leaders who have been pushing for the chokehold law for years.

“Even when the cameras weren’t on, we still fought. It took five years to get one officer fired,” she said in front of dozens of people who had signs and cheered her on.

The anti-chokehold act, named after Eric Garner, who was killed in 2014 after being placed in a chokehold by NYPD Officer Daniel Pantaleo, now, criminalizes the use of chokeholds that result in injury or death.

“This bill we passed means in the future any police officer who performs a chokehold on a citizen and results in serious injury or death will be subject to 15-years in prison.”

Public Advocate Jumaane Williams, who also attended, admitted that while the work wasn't over, this needed to be recognized.

“We gotta' celebrate the small victories so we could keep going.”

Dr. Hazel Dukes from the NAACP credited the young men and women who have been raising concerns across the country over the last two-weeks.

“It was you who hit the streets night after night, day after day, who changed the course because they heard the voices,” she said.

The city, state and community leaders who gathered also encouraged New Yorkers to continue to make their voices heard, and to go out and vote.