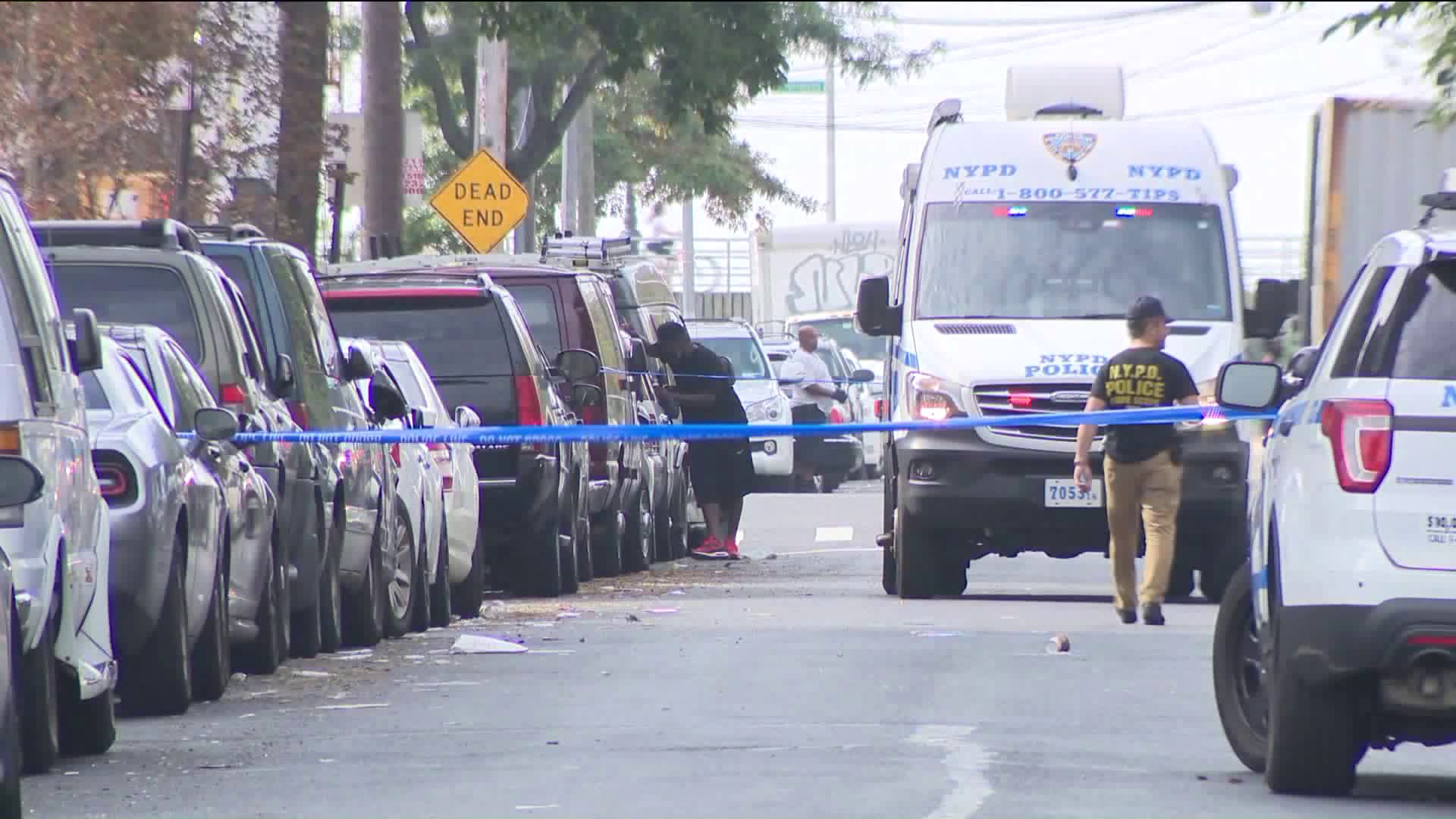 City officials and the NYPD continue to grapple with an increase in gun violence as more than 30 people were shot over the weekend, according to police.

NEW YORK CITY — City officials and the NYPD continue to grapple with an increase in gun violence as more than 30 people were shot over the weekend, according to police.

Citywide, there were at least 25 shootings that injured 31 people on Friday and Saturday, police said. Officers responded to 16 shootings on Saturday and nine on Friday.

Overnight and early Monday, there were at least another six shootings across the city, including gunfire in Brooklyn that left a 34-year-old man dead late Sunday night, according to police

Final numbers for Sunday shootings will be released Monday morning.

In the Bronx, a 25-year-old mother of three was fatally shot in the head Saturday morning, police said. The NYPD released surveillance video of the suspected shooter. Watch more below.

Bronx mom of three fatally shot in front of school

At least three of the weekend shootings happened within just blocks of each other in Coney Island, according to police. Watch more below.

So far this year, shooting incidents are up by more than 80% compared to the same time period last year, according to NYPD data.

The spike in shootings continues despite a city initiative launched in July that aimed to curb gun violence by stepping up community outreach and police presence in highly impacted neighborhoods.