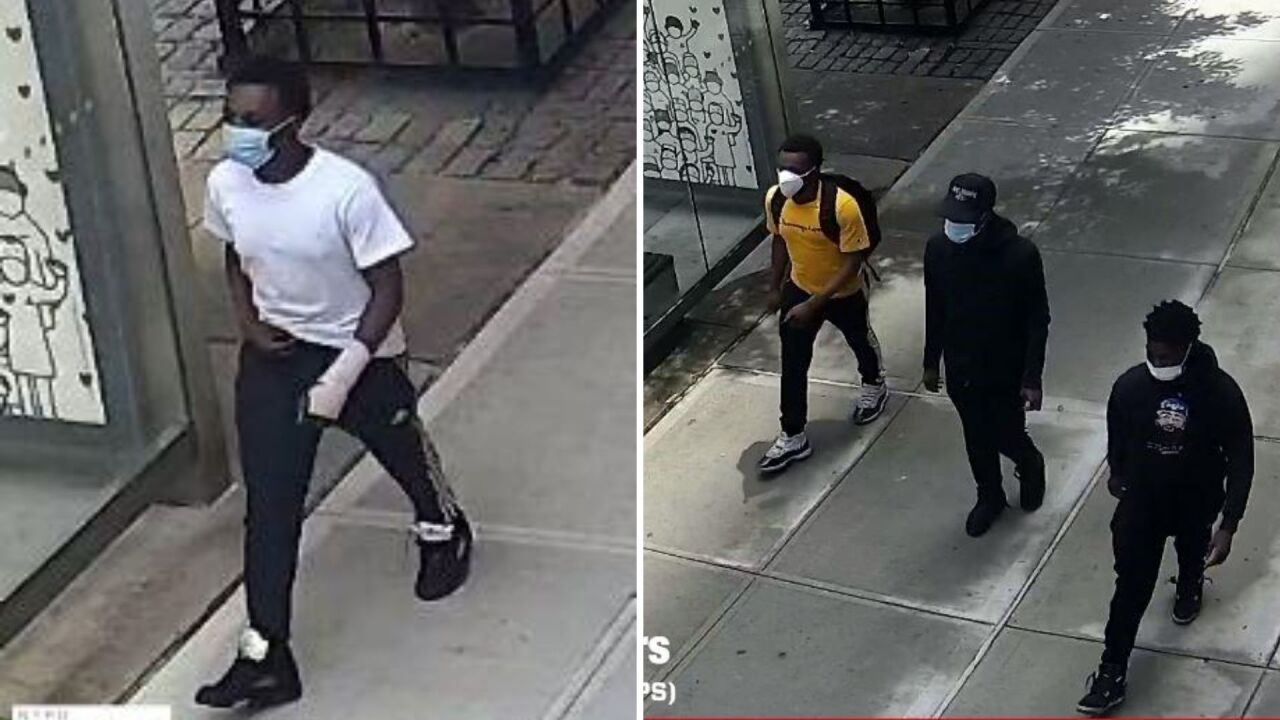 Cops are searching for the men who allegedly snatched newly purchased Apple products.

NEW YORK — Police are searching for a group of people accused of snatching Apple products from people across New York City.

The incidents were reported to police between June 30 and July 22.

People who recently shopped and made purchases in an Apple store were targeted, according to police.

The suspects followed victims along the street, and sometimes into stores, and pushed them to the ground before taking their Apple products and fleeing, authorities said.

No injuries were reported in regard to the incidents.

Cops are searching for a group who allegedly targeted Apple customers and robbed them of their newly purchased products.https://t.co/U9zp20jh20 pic.twitter.com/P3NpAG7knh