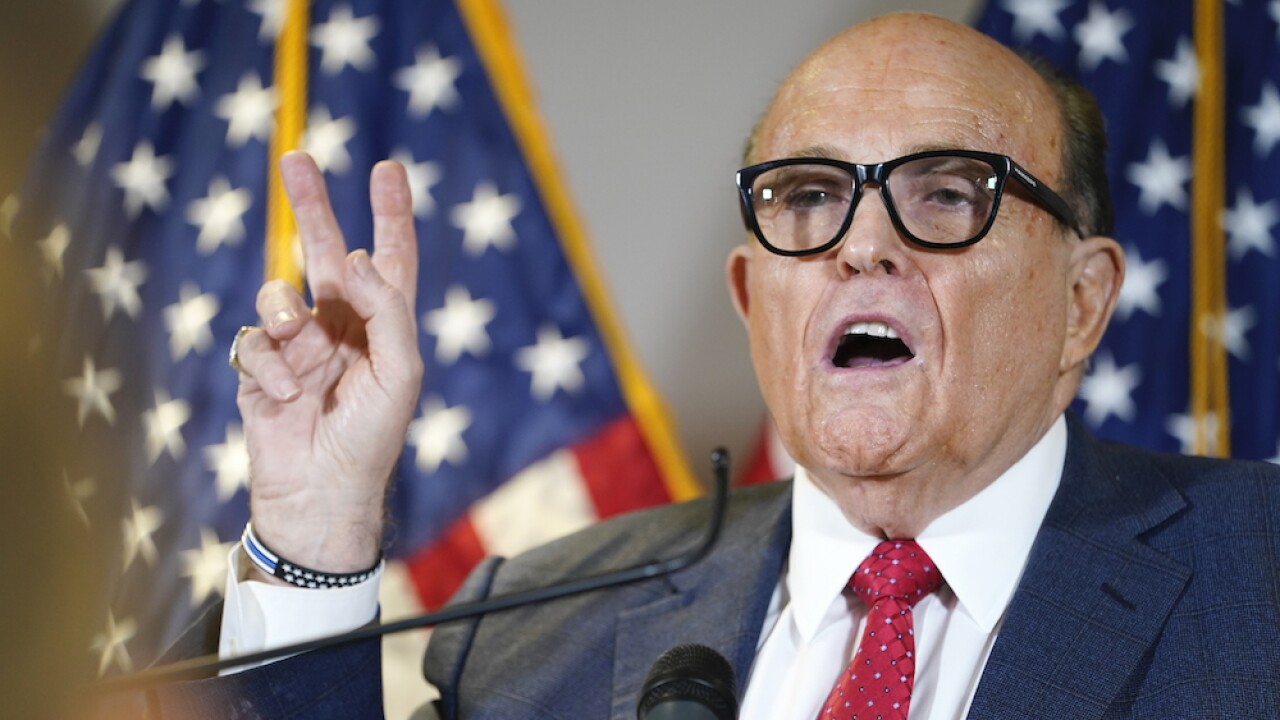 NEW YORK — Former New York City Mayor and attorney for President Trump Rudy Giuliani has called for peaceful demonstration from the pro-Trump factions which infiltrated the Capitol Wednesday in protests that saw one woman killed.

"POTUS wants you to express your opinion peacefully," Giuliani wrote to the people he called "patriots" in a tweet that could only be replied to by those he followed. "We are the law and order party, you are on the right side of the law and history. Act with respect for all."

To all those patriots challenging the fraudulent election ,

POTUS wants you to EXPRESS YOUR OPINION PEACEFULLY,

We are the law and order party,

You are on the right side of the law and history.

Act with respect for all.

This comes after angry supporters of President Trump stormed the U.S. Capitol on Wednesday in a chaotic protest aimed at thwarting a peaceful transfer of power, forcing lawmakers to be rushed from the building and interrupting challenges to Joe Biden’s Electoral College victory.

Trump issued a restrained call for peace but did not call on his supporters to leave until later in the day in a Twitter video.

A woman who was shot inside the U.S. Capitol during the violent pro-Trump protest has died.

That’s according to two officials familiar with the matter who spoke to The Associated Press on Wednesday on condition of anonymity because they weren’t authorized to speak publicly.

The Metropolitan Police Department said it was taking the lead on the shooting investigation. Police did not immediately provide details about the circumstances of the shooting.

Dozens of supporters of President Donald Trump breached the security perimeter and entered the Capitol as Congress was meeting, expected to vote and affirm Joe Biden’s presidential win. They were seen fighting with officers both inside the building and outside.

Giuliani spoke earlier in the day at a rally that President Trump also spoke at. He called for "trial by combat" at the rally.

Rudy Giuliani says "I'm willing to stake my reputation” on the fact that there is election fraud:

“Let’s have trial by combat.” pic.twitter.com/Bhbx6fnPcq