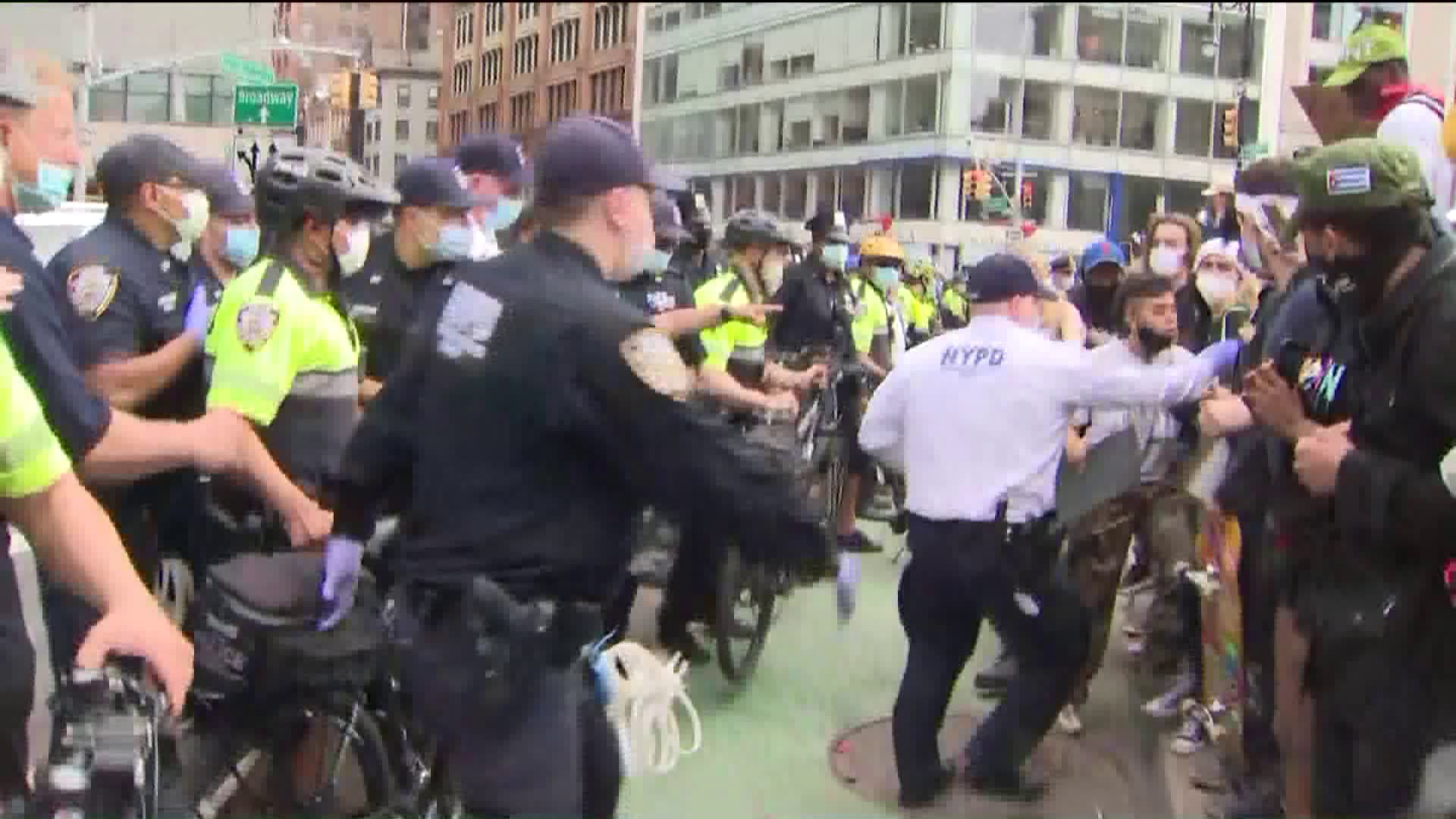 A rally and march against police brutality will take place Friday afternoon in Foley Square near NYPD headquarters. 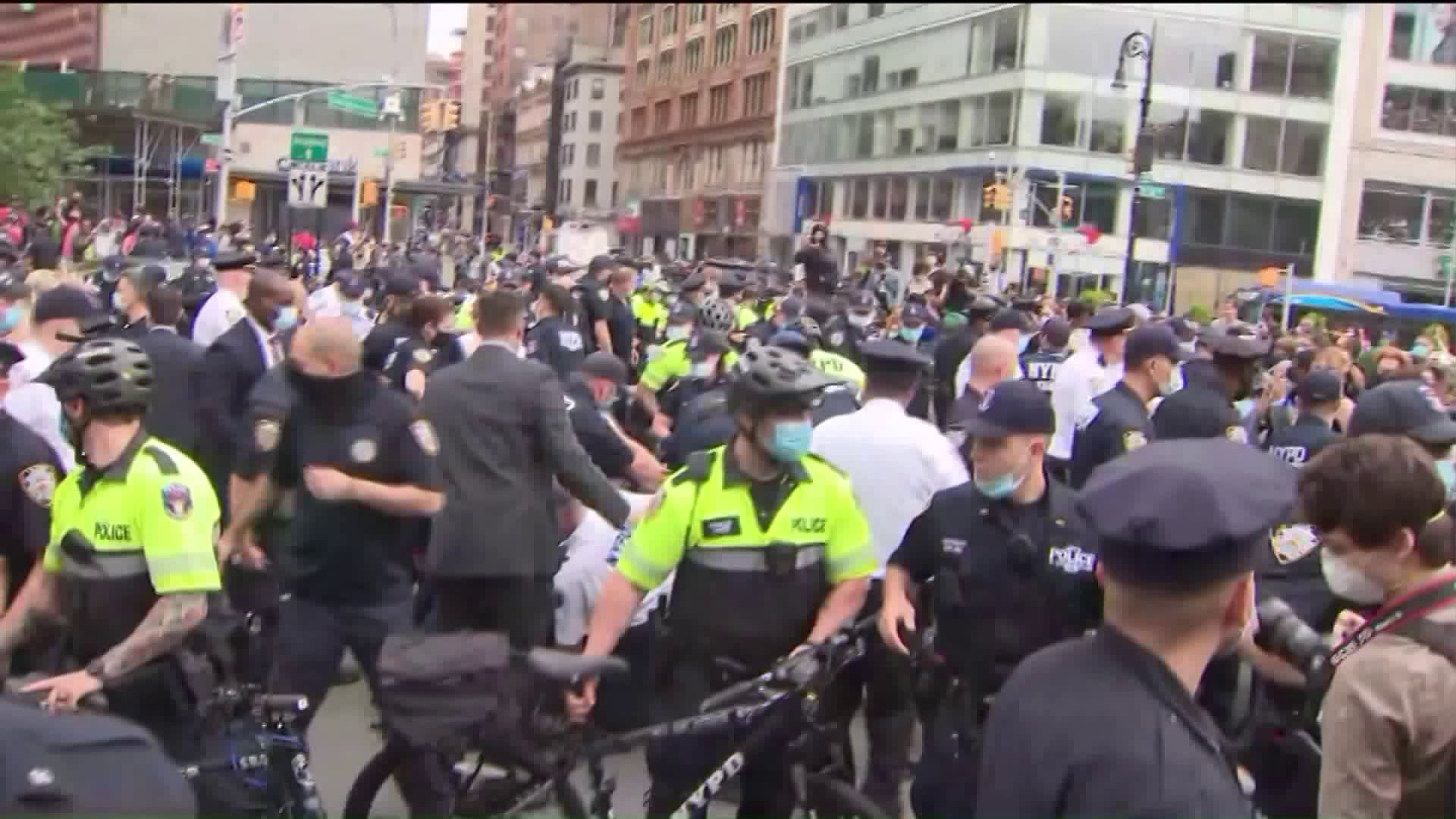 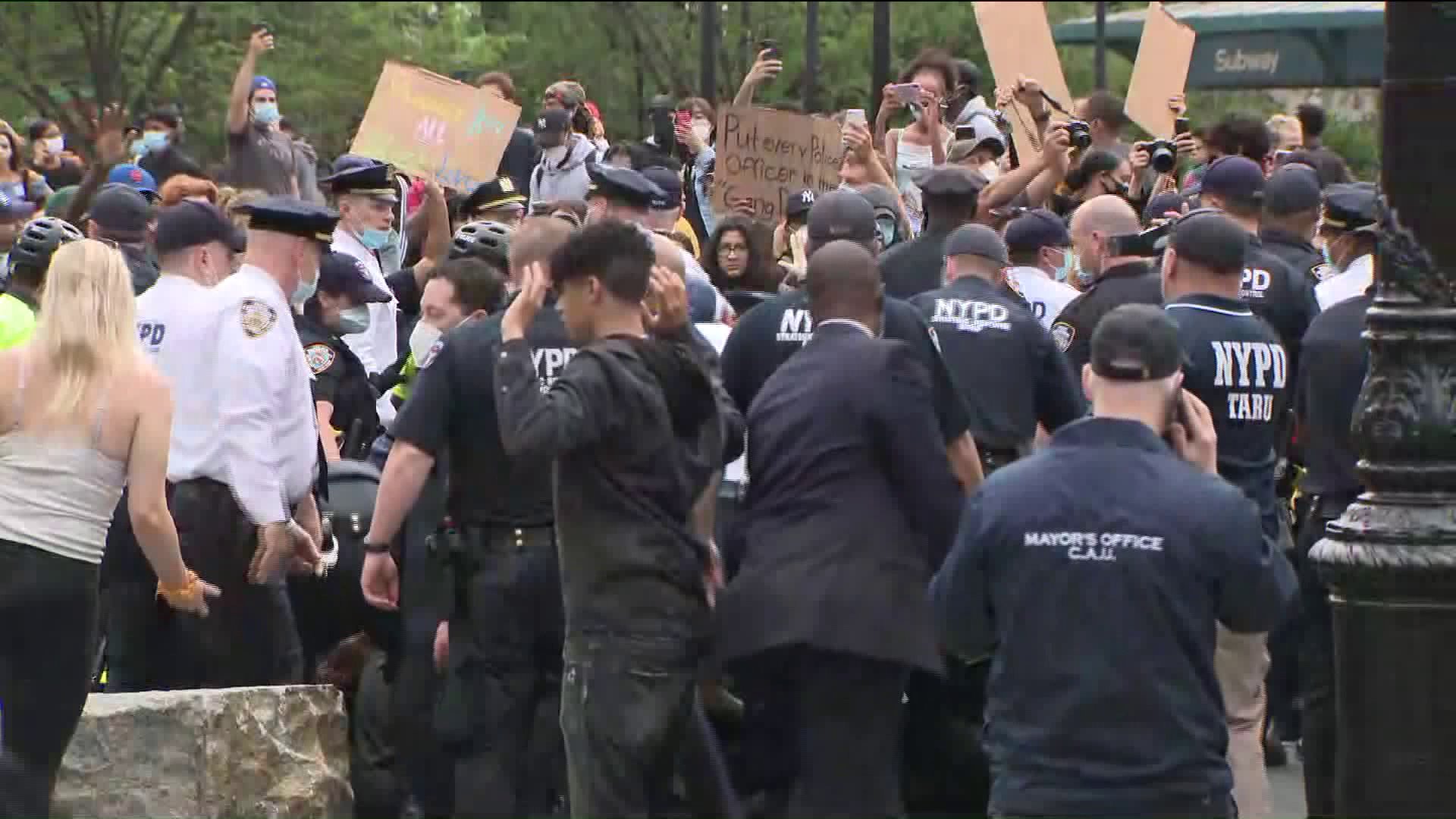 MANHATTAN — Police say more than 70 people were arrested in a Union Square protest Thursday in solidarity with the unrest in Minneapolis over the killing of George Floyd at the hands of police.

NYPD Chief of Department Terence Monahan told PIX11 Friday that 72 were arrested, including five for felony assaults on police officers. Monahatan said one person even attempted to remove a gun from a cop's holster amid the chaos.

The chief said multiple officers were hospitalized, including one with a concussion after being thrown to the ground by a protester.

Another demonstration against police brutality is planned for Friday afternoon in Foley Square, right near NYPD headquarters.

Gwen Carr and Ellisha Carr, the mother and sister of Eric Garner, are set to join activists and racial justice organizations for the "We Can't Breathe" rally and vigil at 4 p.m.

Those who wish to participate are being asked to dress in black-colored clothing and bring flowers and signs with the names of "victims of police and state violence," a press release reads.

A march will follow the rally and vigil, leading to the office of Manhattan District Attorney Cyrus Vance, where protesters will call for Amy Cooper to be arrested and charged with filing a false police report.

Cooper is the white woman seen in now-viral video of a racist Central Park dispute in which she invoked black man Christian Cooper's race while calling police, claiming she was being threatened after Cooper merely asked her to leash her dog.

The Thursday and Friday protests in Manhattan come as uprisings and demonstrations have broken across the country, frustrations boiling over after the recent killings of black victims including Ahmaud Arbery in Georgia, Breonna Taylor in Kentucky and most recently George Floyd.

Floyd died in police custody Monday night after a police officer knelt on his neck for several minutes as the 46-year-old gasped for breath with his face against the pavement.

Authorities say the confrontation began after a grocery store employee called the police to report someone trying to use potentially counterfeit check.

A bystander recorded a video of the officer pressing his knee on Floyd's neck, which was quickly circulated on social media, with people calling for justice in the case.

On Tuesday, the Minneapolis Police Department fired four officers for their involvement in the deadly incident. However, many are calling for charges to be filed against the officers, including the city’s mayor, Jacob Frey.

The FBI is working with state authorities to investigate the altercation between Floyd and the four officers.