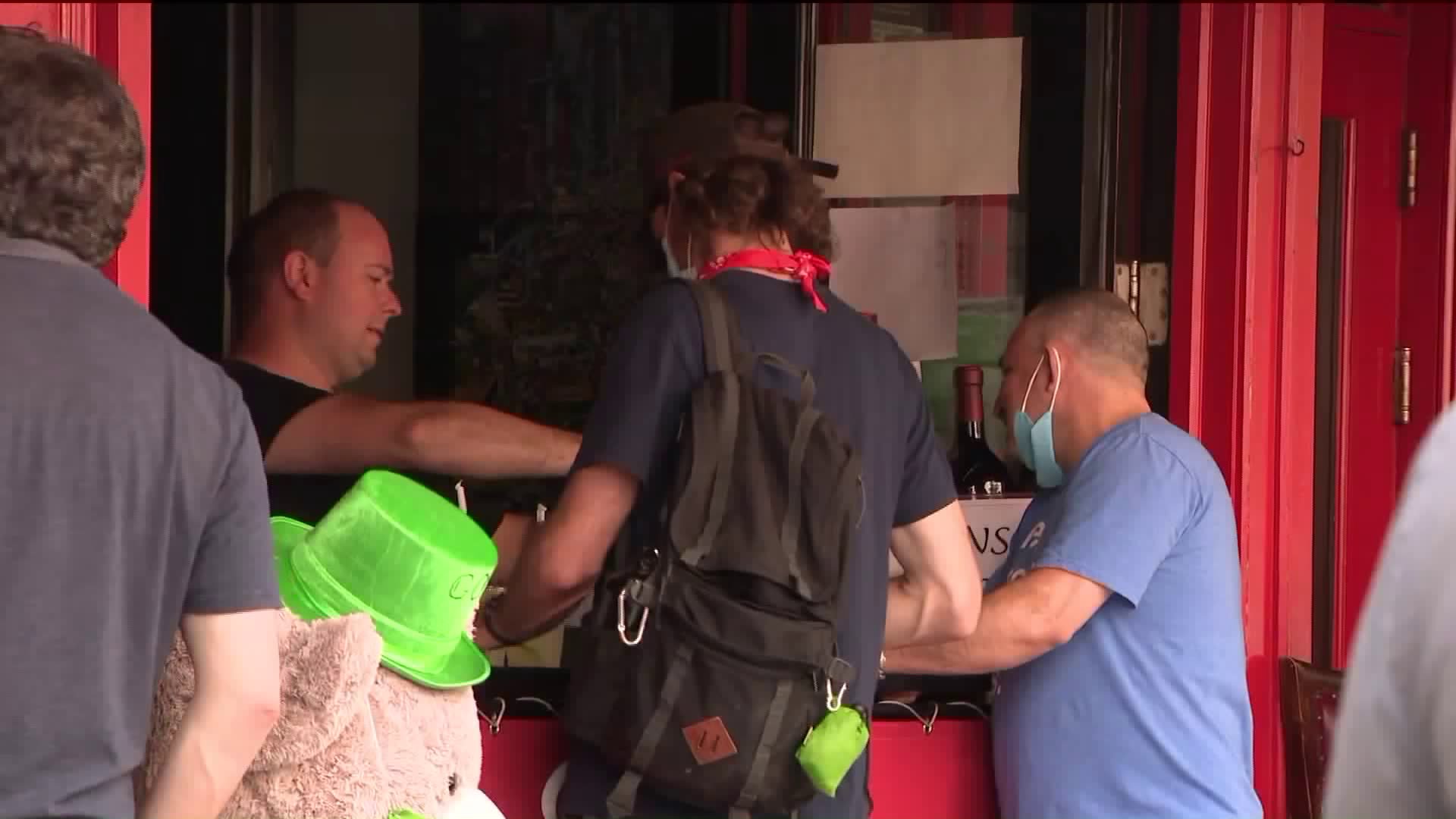 As the rest of New York state gets the "go ahead" for outdoor seating, the five boroughs are still prohibited from dining outside at a restaurant.

HELL'S KITCHEN, Manhattan — As the rest of New York state gets the "go ahead" for outdoor seating, the five boroughs are still prohibited from dining outside at a restaurant.

But they're still allowed to order drinks and food to go, raising questions about whether or not those patrons are following social distancing guidelines.

Friday night, one of the most popular food meccas in Manhattan looked about how it did pre-pandemic.

The only difference is there’s no sit-down service al fresco, because the five boroughs remain in Phase 1 of reopening, meaning it’s only to-go food and drinks for these once-hot spots.

“We have to have some normalcy after the last couple months,” said patron Nirvana Appadu.

Appadu, who was out Friday night, said she's trusting others are also following the pandemic rules.

“If they keep their masks on and keep their distance, I think this can go well," she said.

She wasn't the only one concerned about enjoying the neighborhood's to-go food and drinks on the nice Friday night.

“If they don’t follow the rules they’ll shut this area down in some way, shape or form,” said Louie Garay.

Leaders in the restaurant industry said the city can’t afford to halt reopening.

Andrew Rigie is the Executive Director of the New York City Hospitality Alliance.

Rigie said he’s calling on city leaders to help these businesses brace for the next phase, and to allow outdoor seating on sidewalks and streets.

“We understand people are in crisis, they’re financially devastated and losing their livelihood and we need to move as soon as possible to get restaurants open outdoors and indoors in a safe manner so the can start some revenue and sustain business in the long run,” said Rigie.

For now, Rigie urges patrons to safely support these businesses with social distancing to prevent any infections spike so the city can move forward into phase two.

“Understand, we need to support these local businesses because we want our city to recover, and small businesses need to be at the core of our recovery,” said Rigie.

New York City could enter Phase 2 as early as June 22.

But Mayor Bill de Blasio has announced moving forward could be pushed back if people aren’t following the rules, which could lead to surge in positive COVID-19 cases.