Free medical benefits for people who worked, lived, went to school in Lower Manhattan during 9/11 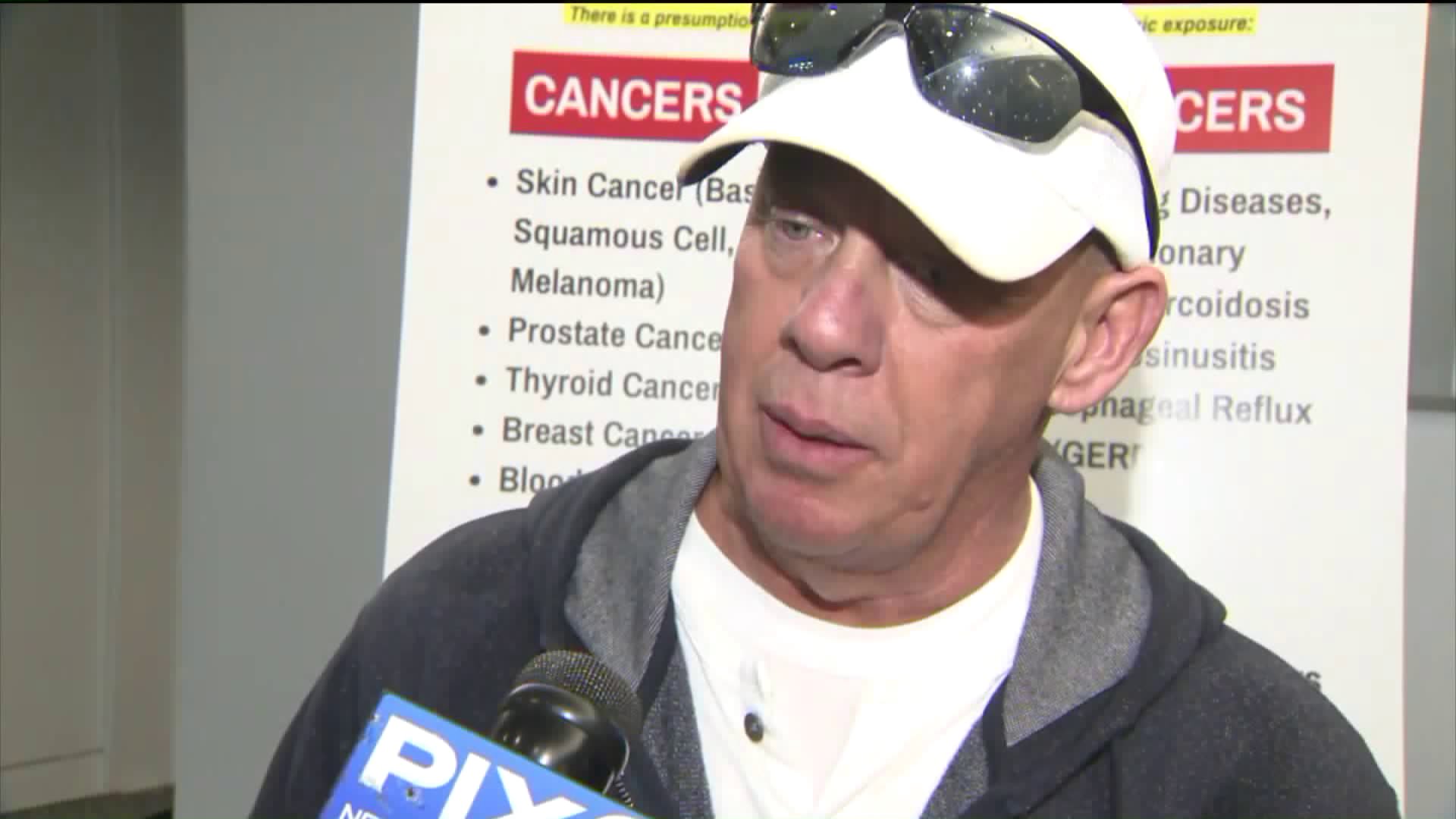 An informal forum was held Monday to inform people of federal programs available to people who worked, lived and went to school in lower Manhattan who breathed in toxic air post-9/11.

LOWER MANHATTAN — Over 200 people gathered in lower Manhattan Monday to learn more about medical benefits they are entitled to if they worked, lived or went to school near ground zero on 9/11 and the eight-months following.

The informational forum was organized by the United Teachers Federation and the Barasch & McGarry lawfirm, which represents over 15,000 people who have fallen sick after 9/11, including first responders.

“My apartment was filthy and covered with dust, we only stayed two-months after because it was difficult to breathe.”

Tamika Johnson was a student at the Borough of Manhattan Community College in 2001. She was diagnosed with colon cancer in 2017.

“I didn’t immediately associate it with 9/11 because it happened so long ago.”

Both women spoke at the forum that was held at UFT headquarters, and they were two of many stories.

”There was 400,000 people in lower Manhattan on 9/11 and only 5 percent of those people are in the World Trade Center health Care Program,” said John Feal, who continues to fight for healthcare for first responders.

There are federal programs available to people who worked, lived and went to school in lower Manhattan who breathed in the 9/11 toxic air.

“You can get free health care, prescriptions and surgeries paid for,” he said Monday night.

Michael Barasch is an Attorney who represents over 15,000 people who have 9/11-related illnesses.

He says people who were in the area on that fateful day and the following 8-months are developing the same cancers as first responders who worked there.

With nearly 70-cancers linked to the WTC toxic dust, advocates want to spread the word about the free program so everyone knows what they’re medically entitled to.

“Someone knows someone who was there and we need to reach those people,” said Feal.

“People need to know the health care availability and make the connection between the illness and being down at 9/11, mine was 13-years later,” added Garcia.

Advocates like John Feal say if you lost a loved one to a 9/11-related illness, you can still file a claim now.