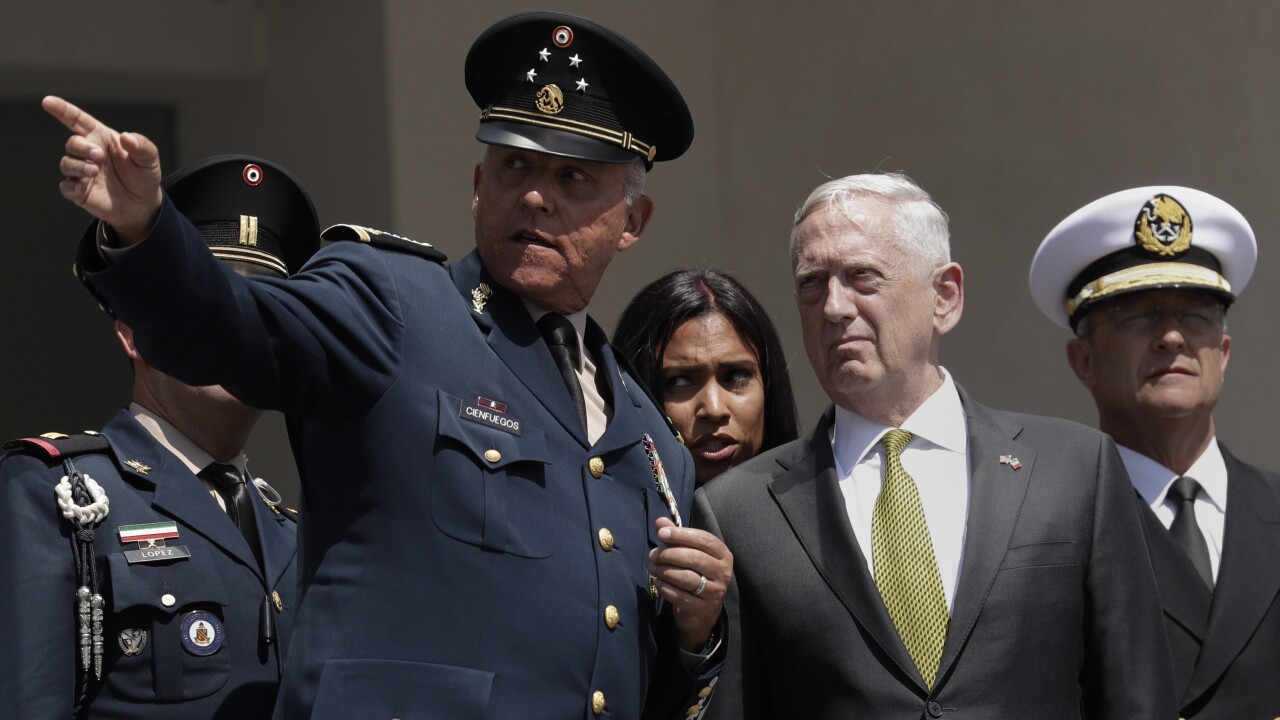 NEW YORK — A former senior Mexican government official was indicted for allegedly using his public position to help traffic drugs into the United States and to new York City through a violent cartel, U.S. Department of Justice officials said Friday.

Salvador Cienfuegos Zepeda, who served as secretary of national defense from 2012 to 2018, was indicted by a grand jury back in August and was arrested in Los Angeles Thursday. He's expected to be transferred to New York and arraigned in the coming weeks in an Eastern District of New York court.

Court documents allege that while serving in his official capacity overseeing the Mexican Army and Mexican Air Force, he helped the H-2 Cartel in exchange for bribes.

The group, the documents say, is a notorious "violent Mexican drug trafficking organization" that committed "acts of horrific violence" as a part of their operations.

The cartel and Zepeda are accused of trafficking thousands of kilograms of drugs, including heroin, cocaine, methamphetamine and marijuana over the course of several years and laundered the proceeds back to Mexico.

Drug shipments were transported to, and proceeds in, New York City, including parts of Brooklyn, documents said.

Officials intercepted thousands of Blackberry Messenger communications between the defendant and the cartel that detailed the bribery scheme.

In addition to ensuring the military would avoid the H-2 Cartel, Zepeda also allegedly initiated military operations against rival cartels and introduced H-2 leaders to other corrupt Mexican government officials.

H-2 was also warned about potential U.S. law enforcement investigations, which led to the murder of an H-2 member who cartel leaders believed was an informant, documents allege.

U.S. officials are calling for Zepeda, who also went by "El Padrino," to be held on a permanent order of detention.