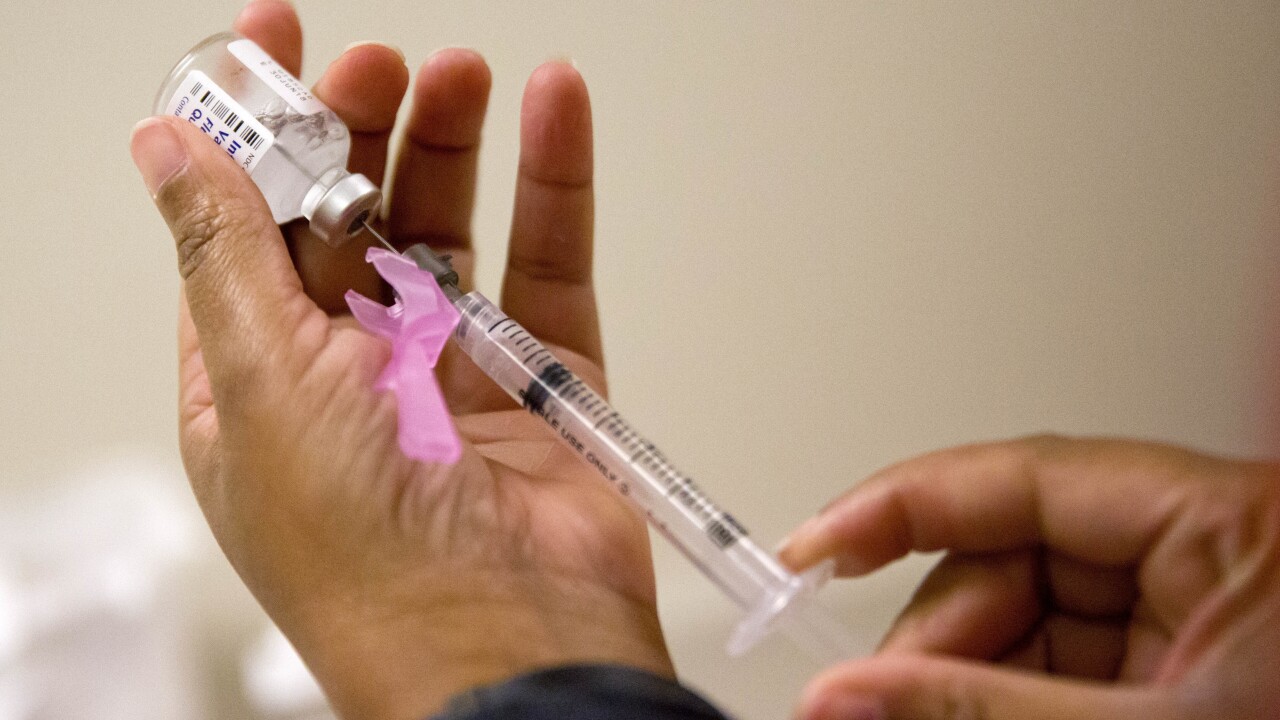 David Goldman/AP
FILE - In this Feb. 7, 2018 file photo, a nurse prepares a flu shot at the Salvation Army in Atlanta. The U.S. winter flu season is off to its earliest start in more than 15 years. An early barrage of illness in the South has begun to spread more broadly, and there’s a decent chance flu season could peak much earlier than normal, health officials say. (AP Photo/David Goldman)

NEW YORK — The flu hasn't reached its peak season yet, but New York is seeing its second-highest weekly flu cases within the last two decades.

The number of flu cases across the state are expected to set record-high levels since the health department started tracking the sickness in the 1998-99 season, officials said.

There have been 17,233 laboratory-confirmed flu weekly cases, according to the latest report for the week ending Feb. 8. The most lab-confirmed flu cases reported during a single week in a flu season was 18,252 in the 2017-18 season.

The CDC estimates that there have been at least 26 million flu illnesses and about 14,000 deaths across the country.

Gov. Andrew Cuomo reminded all New Yorkers to take recommended precautions to protect themselves from the flu. "I encourage all New Yorkers older than six months to get their flu shot - it's not too late."

The State Health Department recommends and urges that everyone six months of age or older receive an influenza vaccination. In addition, everyday preventative actions can help stop the spread of flu and other respiratory viruses:

Flu signs and symptoms usually come on suddenly. People who are sick with flu often feel some or all of these symptoms: