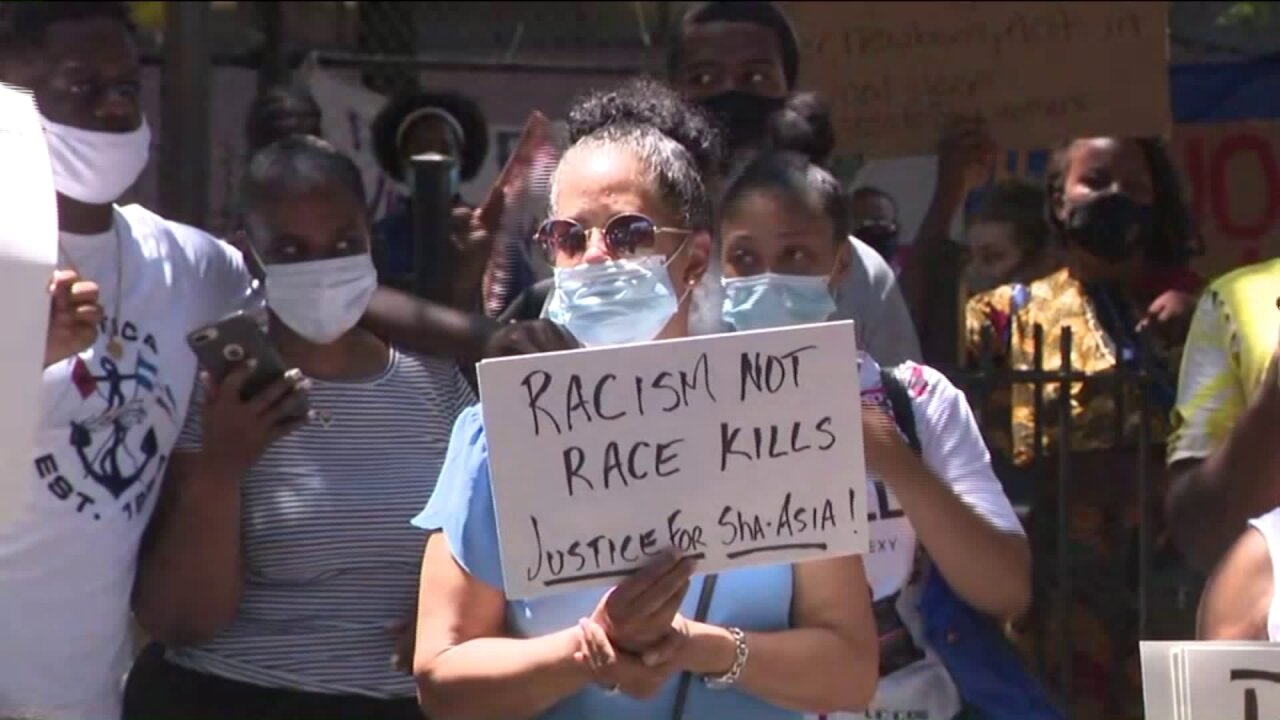 BROOKLYN — Friends and family of Sha-Asia Washington, a pregnant woman who died during a C-section, rallied Thursday and blamed the Brooklyn hospital where Washington gave birth for her death.

Nationwide, Black mothers are three to four times more likely to die giving birth than White mothers, according to the Centers for Disease Control and Prevention. In New York City, the situation is even worse.

A GoFundMe for Washington's baby and partner has raised more than $60,000.

"She left behind so many hurt people with this sudden tragic lost," the GoFundMe organizer wrote. "No one was expecting this."

NYC Health + Hospitals/Woodhull is conducting a review of Washington's death, according to the hospital.

"NYC Health + Hospitals/Woodhull is saddened by this tremendous loss," a hospital spokeswoman said. "Our heartfelt condolences go to the family, friends and community who bear the unspeakable pain of their loved one taken from them too soon. While all maternal mortality is tragic, we are too well aware that pregnant women of color die at much higher rates, and we are particularly disheartened when such a death occurs on our watch, no matter the cause. We are committed to addressing this unacceptable disparity and continue in our steadfast pursuit to expand access to care, eliminate race based health care gaps and prevent such tragedies."