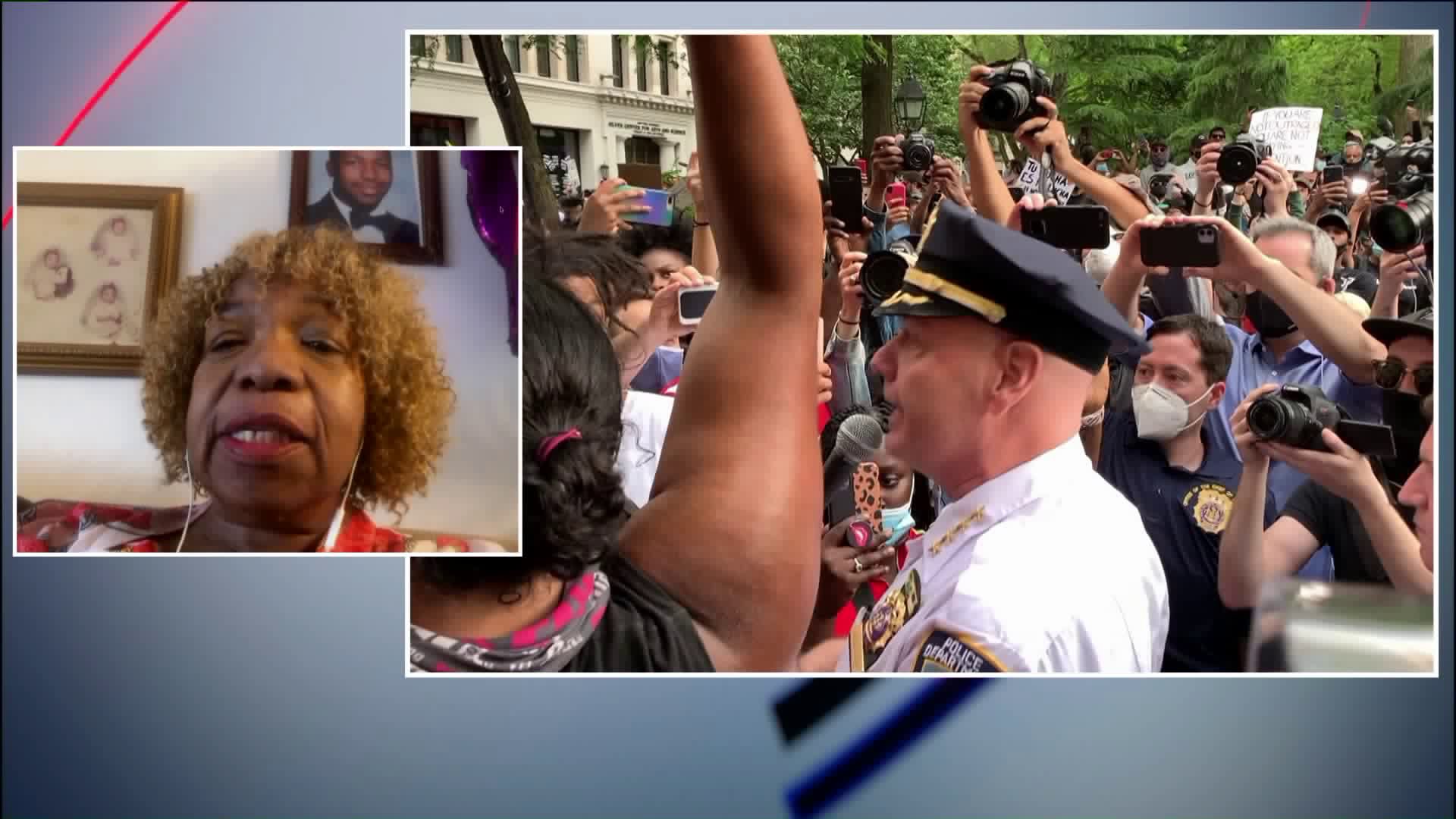 Gwen Carr, the mother of Eric Garner, speaks on renewed calls to ban police chokeholds as protests continue across New York and country after the death of George Floyd at the hands of police in Minneapolis. Plus, Carr shares her thoughts on recent images of police officers taking a knee with protesters.

NEW YORK — Gwen Carr, the mother of Eric Garner, has been pushing for a ban on police chokeholds since her son died in 2014 after being put in an illegal chokehold by an NYPD officer.

Now, after the May 25 death of George Floyd in police custody in Minneapolis, Carr and other advocates are again calling to make the maneuver illegal nationwide.

Before heading to Minneapolis for Floyd's memorial service, Carr spoke with PIX11's Dan Mannarino Wednesday about the renewed outrage over police brutality and demands for accountability for police officers.

After appearing at a peaceful rally in Queens Tuesday, Carr also has a message for agitators responsible for looting and vandalism: "Go home. Stop interfering in our protest."

When it comes to viral images of police officers "taking a knee" with protesters, Carr did not seem impressed. "It was an okay gesture," she said.

"They should take a knee in front of their department, and say 'Hey, let's stop the violence.'"

The chokehold was banned by the NYPD after the death of Anthony Baez in 1994 but 20 years later, Garner became the poster child that the system failed. Now Floyd is the last straw for the community.