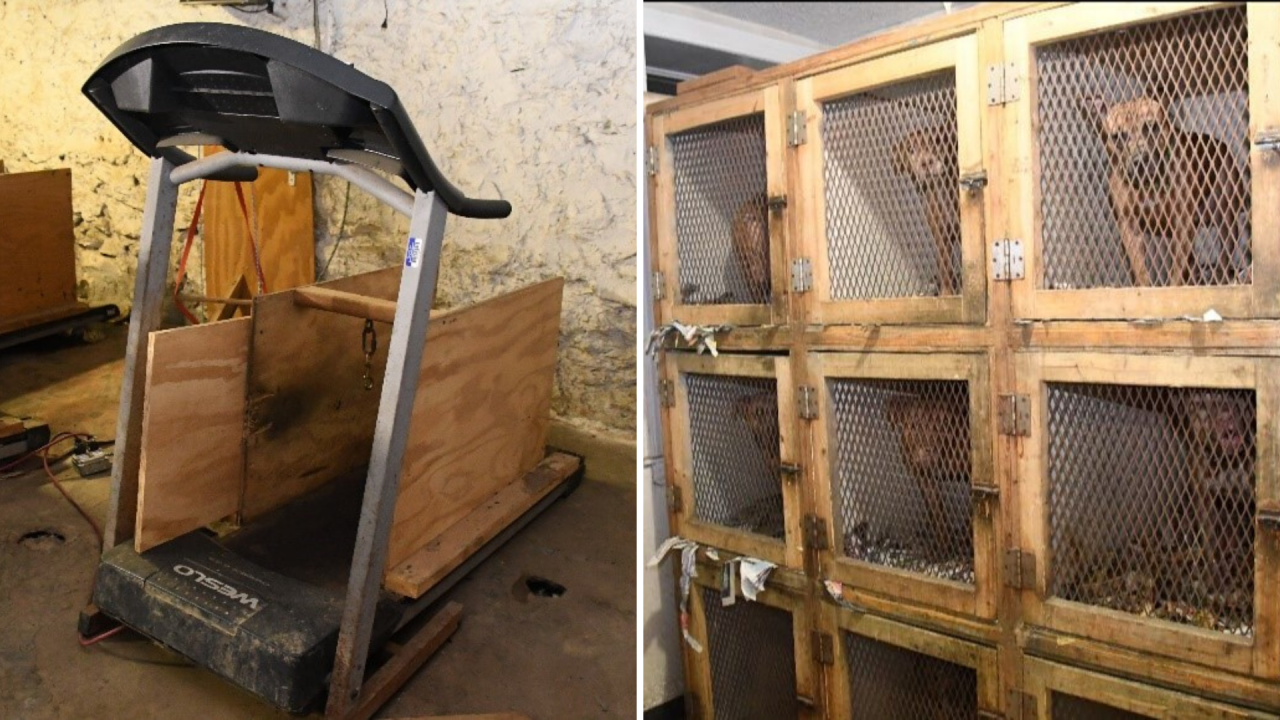 NEW YORK — Four men were indicted for operating a dogfighting rung and abusing dozens of dogs over the course of about a year, officials said Friday.

A long-term investigation uncovered the operation, in which 29 dogs were seized, along with multiple "dog treadmills, 'breaking sticks' designed to pry open a dog's jaws, weighted vests and collars and more," according to a release from the Manhattan district attorney.

Officials said two of the dogfights took place in the Bronx, while the dogs were kept and trained in Washington Heights, Central Harlem, Middletown and Uniondale, New York.

One of the men, Gittens, was also employed at a veterinary clinic, but was not a state licensed veterinary technician, officials said. He performed medical treatments on the dogs so they could fight injured, and euthanized dogs that were too badly injured to recover. Another defendant, Rivera, trained dogs in the Washington Heights building where he was a live-in superintendent.

Investigators found a treadmill, vests and collars in Fuentes' Harlem apartment, where dogs were kept and handled during fights, officials said. Johnson coordinated fights and gave dogs to Fuentes and Rivera to be trained.

The Manhattan District Attorney's office, NYPD and ASPCA handled in the investigation, seizure and treatment. The investigation began as an identity theft operation, led by the DA's Cybercrime and Identity Theft Bureau.