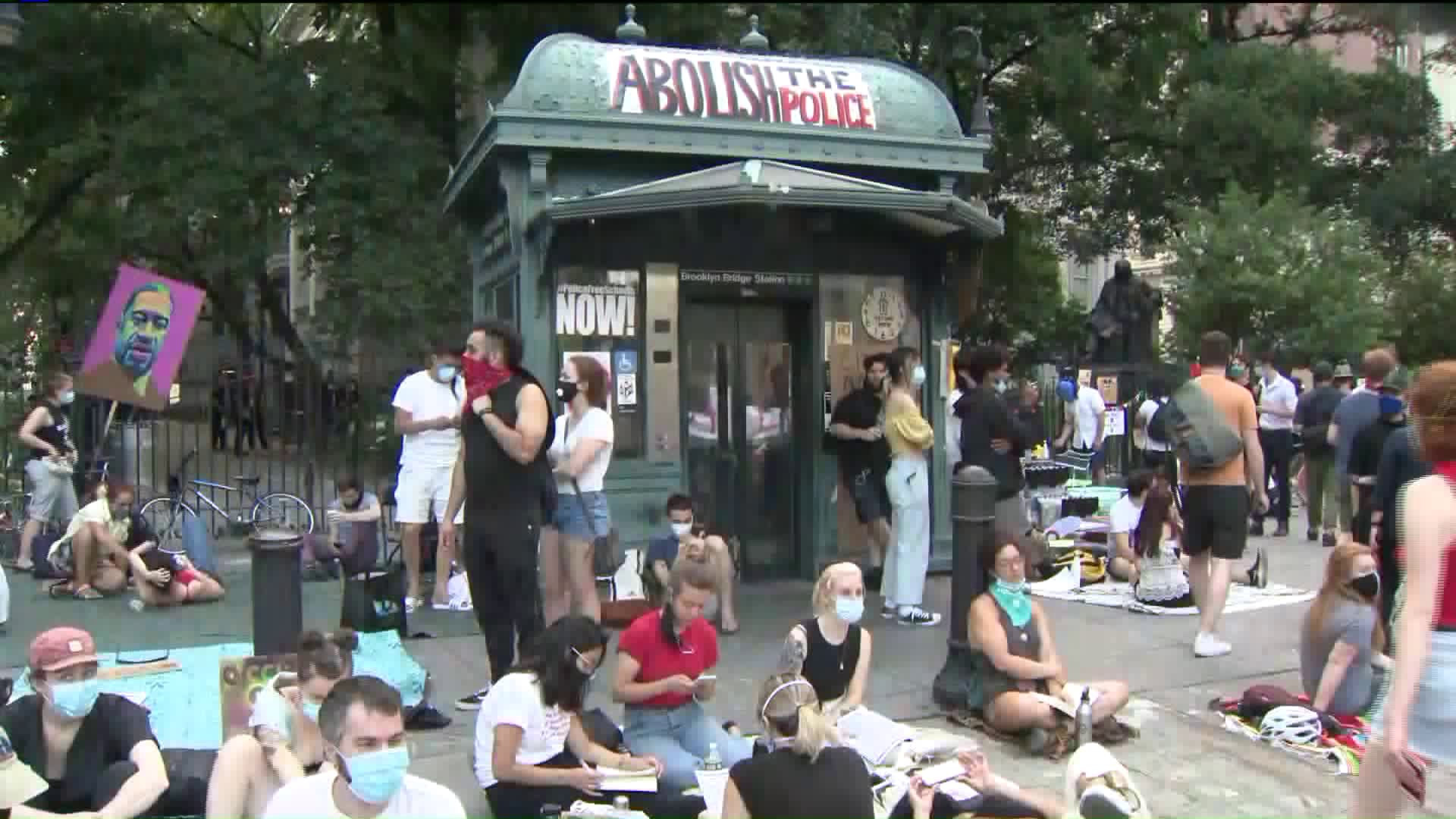 For the third night, people are outside city hall and they say they’re not going anywhere.

LOWER MANHATTAN — For the third night, people are outside City Hall and they say they’re not going anywhere.

They began occupying an area outside City Hall on Tuesday evening amid continued calls to "defund the police."

The group has been demonstrating peacefully through the city for weeks in an effort to get Mayor Bill de Blasio and the City Council to shift $1 billion away from the NYPD and reinvest it into communities across the five boroughs.