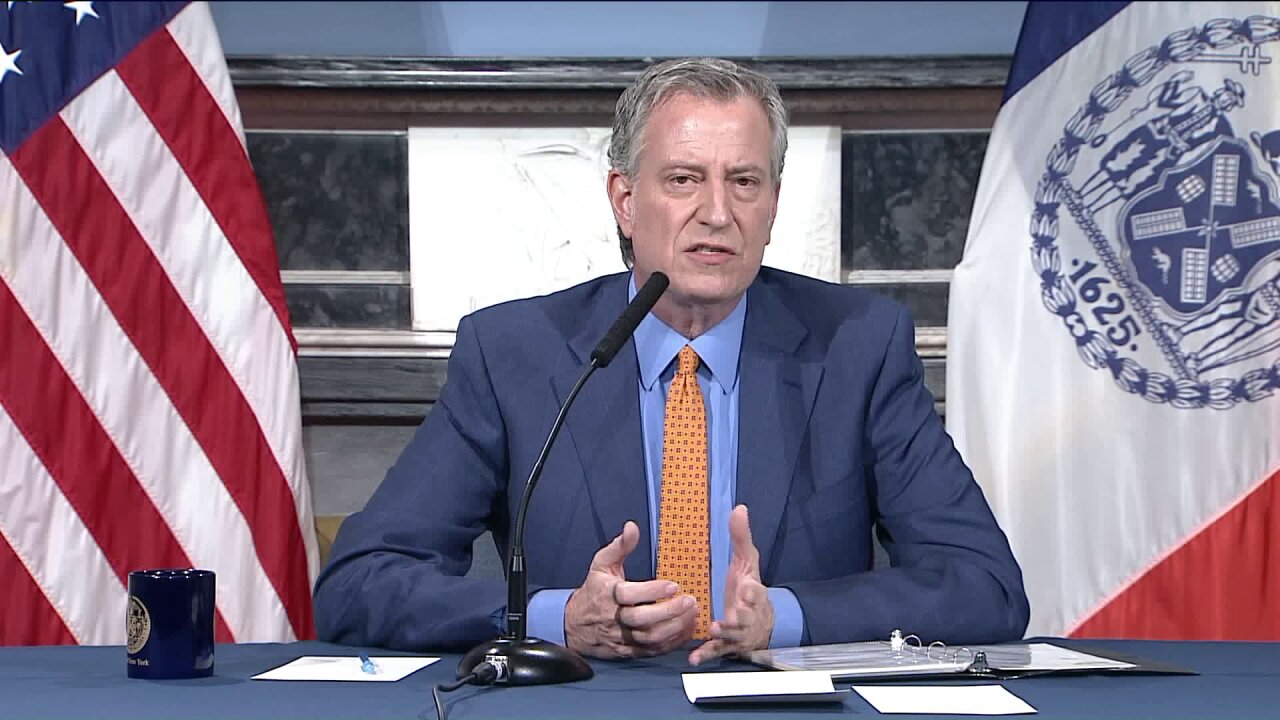 NEW YORK — Mayor Bill de Blasio wants federal immigration authorities to ban its officers from portraying themselves as local police, saying the practice drive victims and witnesses of crime “into the shadows and create fear.”

The New York City mayor sent a letter Friday to acting head of the U.S. Immigration and Customs Enforcement citing several reports of ICE agents mispresenting themselves as members of the New York City Police Department.

The letter is the latest flashpoint in a long-simmering conflict over the city's so-called sanctuary policies.