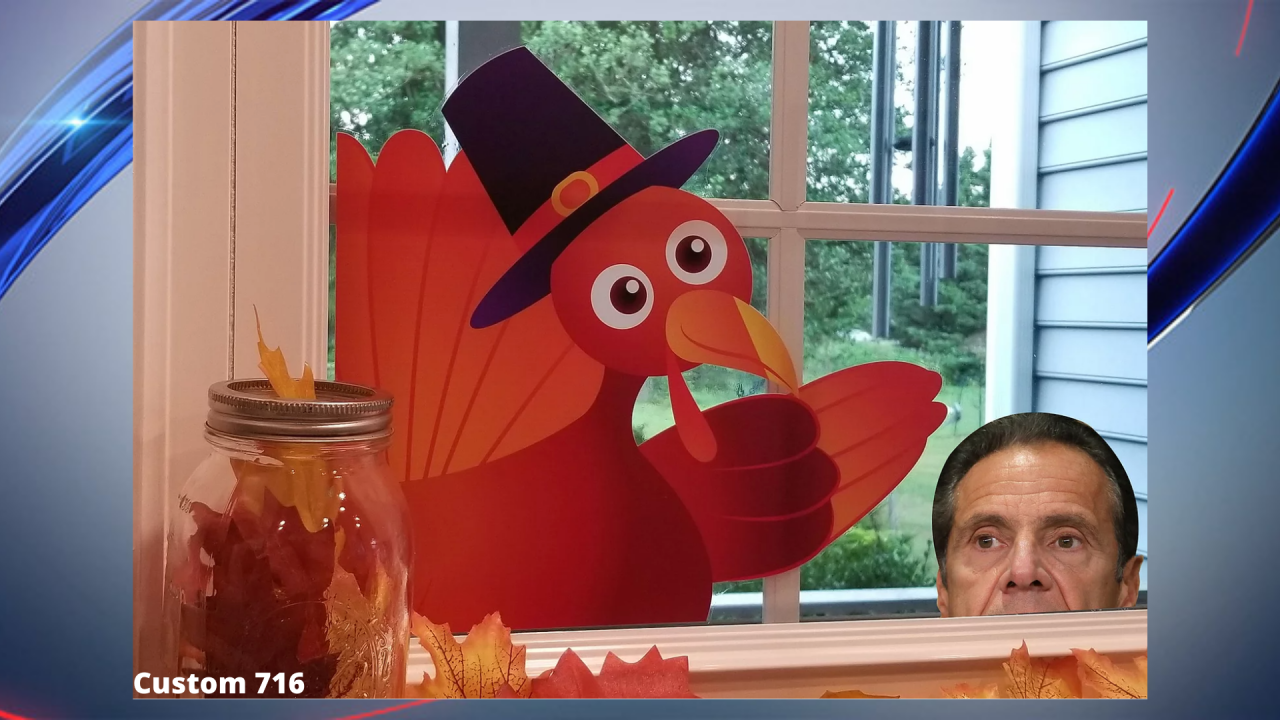 Gov. Andrew Cuomo checks up on an upstate home to make sure no more than 10 people are inside — or, that's at least the joke created by the owner of Custom 716 and his new window sticker on the governor (Custom 716).

He's not Santa, he's the governor, watching over your Thanksgiving celebration thanks to a new product from an upstate business owner with a sense of humor.

Custom 716, a Buffalo-area custom printing company, created a window sticker of Gov. Andrew Cuomo, showing the top of the governor's head lurking at your window.

"Great or all gatherings, sure to get laughs, great for your business or your home!" the company's website said.

The business owner, Dan Bacon, told the New York Daily News that it's not a political statement, but a practical joke.

"I'm not political, I really don't follow politics," he said. "It's just funny."

Last week, Cuomo announced that indoor gatherings at private residences would be limited to 10 people — including Thanksgiving celebrations.

While several local sheriffs and the NYPD (by way of the mayor) said they won't enforce that limit on at-home Thanksgiving dinners, it's been a major talking point as families prepare for the holiday in what's been a stressful and often-isolating year. The CDC recommends Americans not travel for the holiday, and experts have advised to keep celebrations small to avoid spreading COVID-19.

Cuomo implemented the gathering limit because a recent surge in coronavirus cases was linked in part to indoor gatherings and Halloween parties. Cuomo said local governments would be in charge of enforcement. De Blasio noted, though, "sometimes New Yorkers bend the rules."

"When it comes down to individual families, we're not going to enforce on family gatherings," he said. "We will on bigger gatherings."

While law enforcement won't be checking up on individual homes on Thursday, the governor could be checking in on yours himself — with Bacon's sticker.