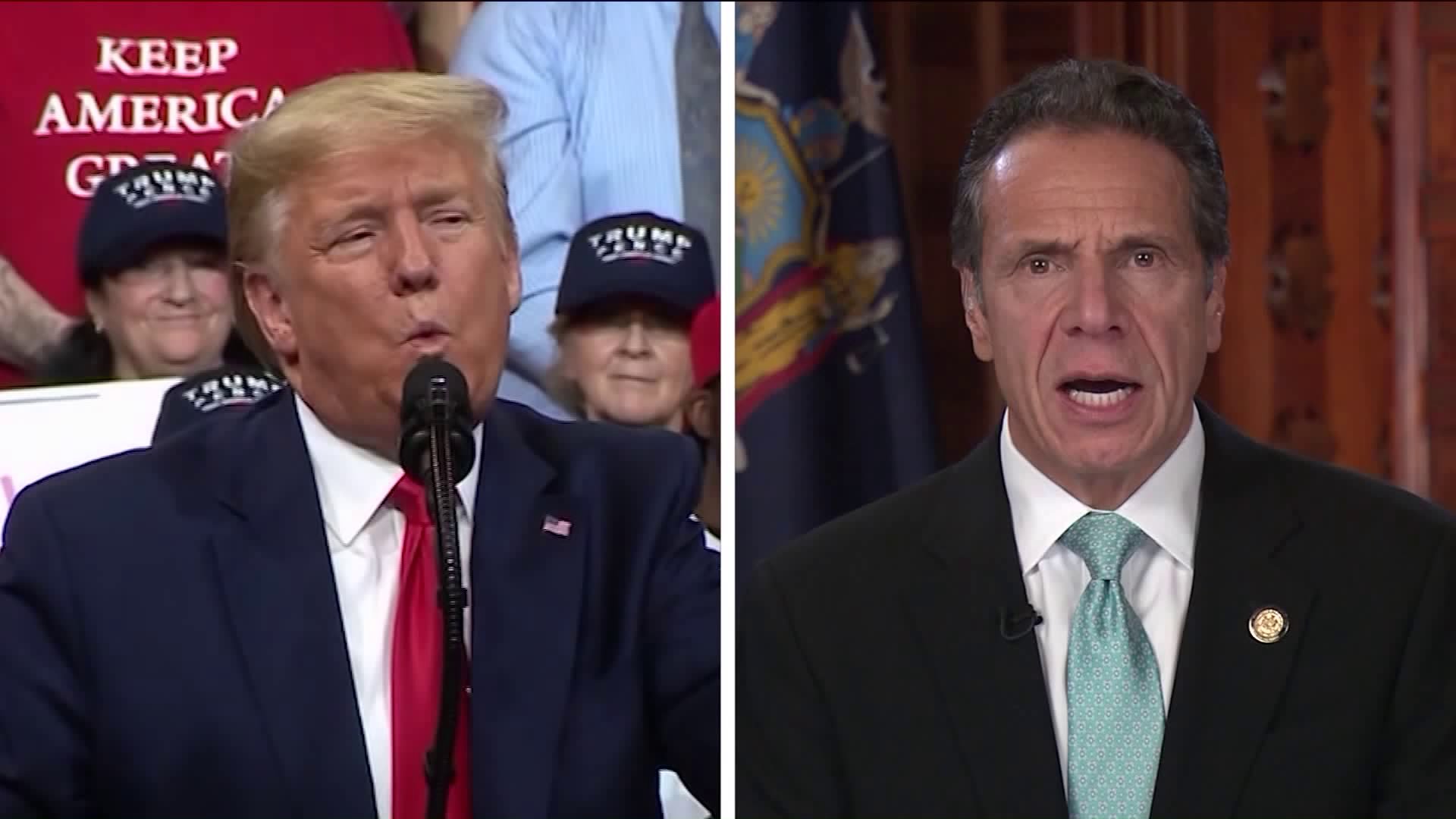 Acting Homeland Security Secretary Chad Wolf said in a tweet he attended the meeting with Cuomo and Trump, saying the relationship between the state and federal governments is "very important," before saying it's become "difficult" following "the unilateral actions of New York State regarding the sharing of critical security information with DHS."

Today, I joined @POTUS Trump & Governor Cuomo for a productive meeting. The relationship between New York & the Fed government is very important but has been made difficult by the unilateral actions of NY regarding the sharing of critical security information with DHS. Statement: pic.twitter.com/QS4ub5QiRj

Cuomo's office released a statement Thursday evening following the meeting, saying the governor "restated the initial solution that he proposed to the DHS Acting Secretary last Thursday on our willingness to allow federal officials access to DMV records only for individuals applying to the Trusted Traveler Program." The spokesperson, Dani Lever, said "DHS's action was politically motivated and unwarranted as the FBI already has information regarding criminal records."

The president tweeted before the meeting that Cuomo "must understand that National Security far exceeds politics," before referring to the governor as Fredo.

"When you stop violating the rights and liberties of all New Yorkers, we will stand down," New York Attorney General Letitia James said in reply to the president. "Until then, we have a duty and responsibility to defend the Constitution and the rule of law."

Trump said he would follow up with Cuomo next week, Lever said in the statement.

Cuomo had previously said he hoped to persuade Trump to reverse the decision to boot New Yorkers from programs that allow travelers to avoid long lines at the U.S. the border.

The Trump administration responded to the law by blocking New Yorkers from enrolling in Global Entry and other “trusted traveler” programs.

Cuomo had said he wass willing to restore federal access to driving records on a limited basis.