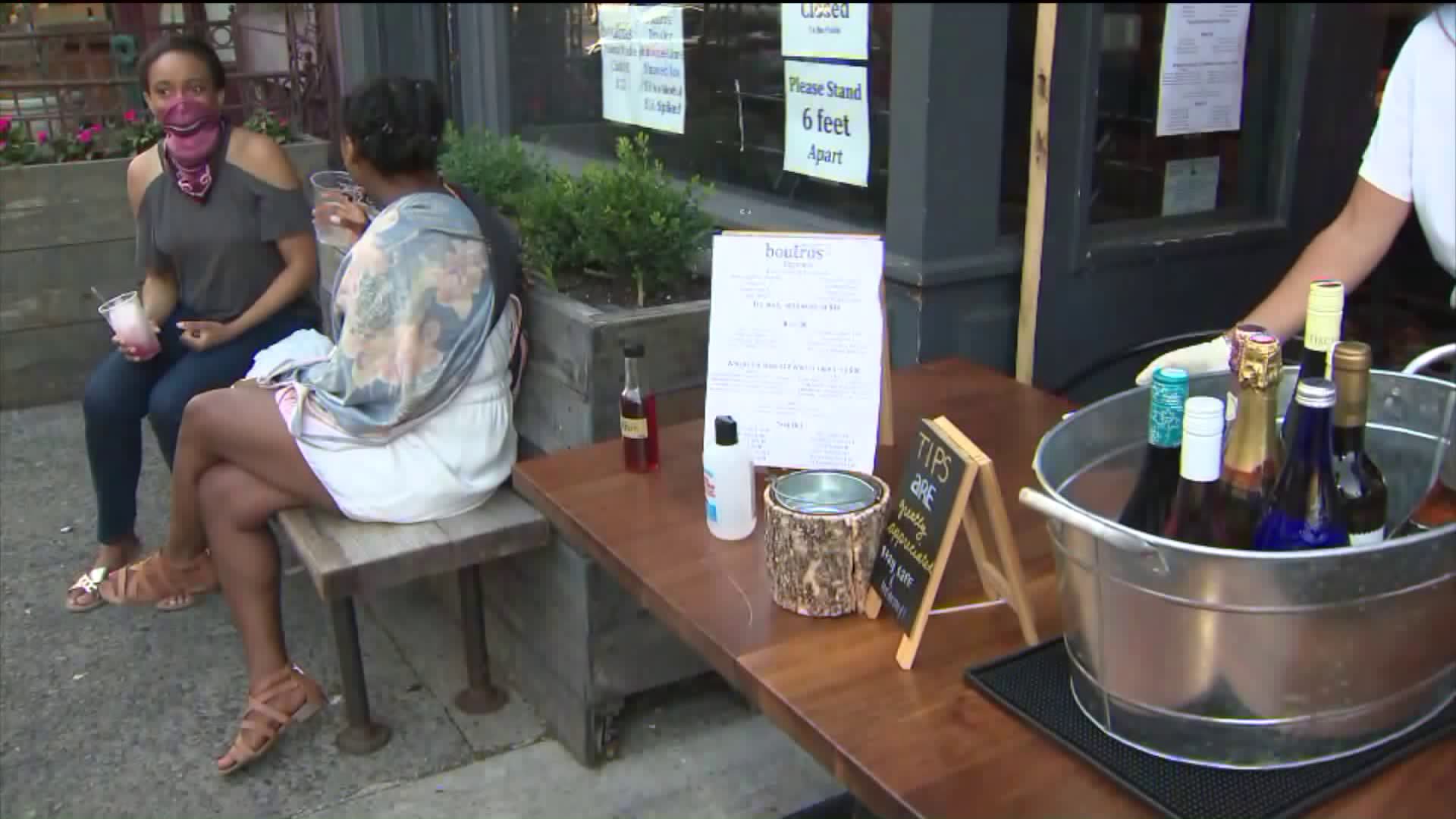 Establishments are being monitored for their compliance.

NEW YORK — Governor Andrew Cuomo said state police, along with the Liquor Authority and Health Department officials, were out Tuesday night checking on compliance as he weighed a Wednesday decision on indoor dining.

Indoor dining was expected to resume on July 6, when New York City is scheduled to enter Phase 3 of reopening, but the governor said scenes of crowds gathering by bars along with a spike in COVID cases in other states had him reconsidering indoor dining.

"In New York City we have a compliance issue and it's real," Cuomo said during a television interview on Tuesday.

Scott Hart and his husband Bruce Horowytz have been prepping for days to reopen their Hell's Kitchen restaurant 44 X 10.

They decided to reopen on Wednesday, at least in part, because they were anticipating they'd have indoor dining back on Monday.

"We need at least 50 percent dining inside," he said. "What happens if it rains tomorrow and our only dining is outside? We have a week of payroll and we have all this food for naught."

Cuomo ordered state troopers along with the Liquor Authority and some 30 Health Department monitors to look at how people are behaving.

"They're going to be looking all throughout the city to see if New Yorkers are complying," he said.

Based on that, he will make a decision.