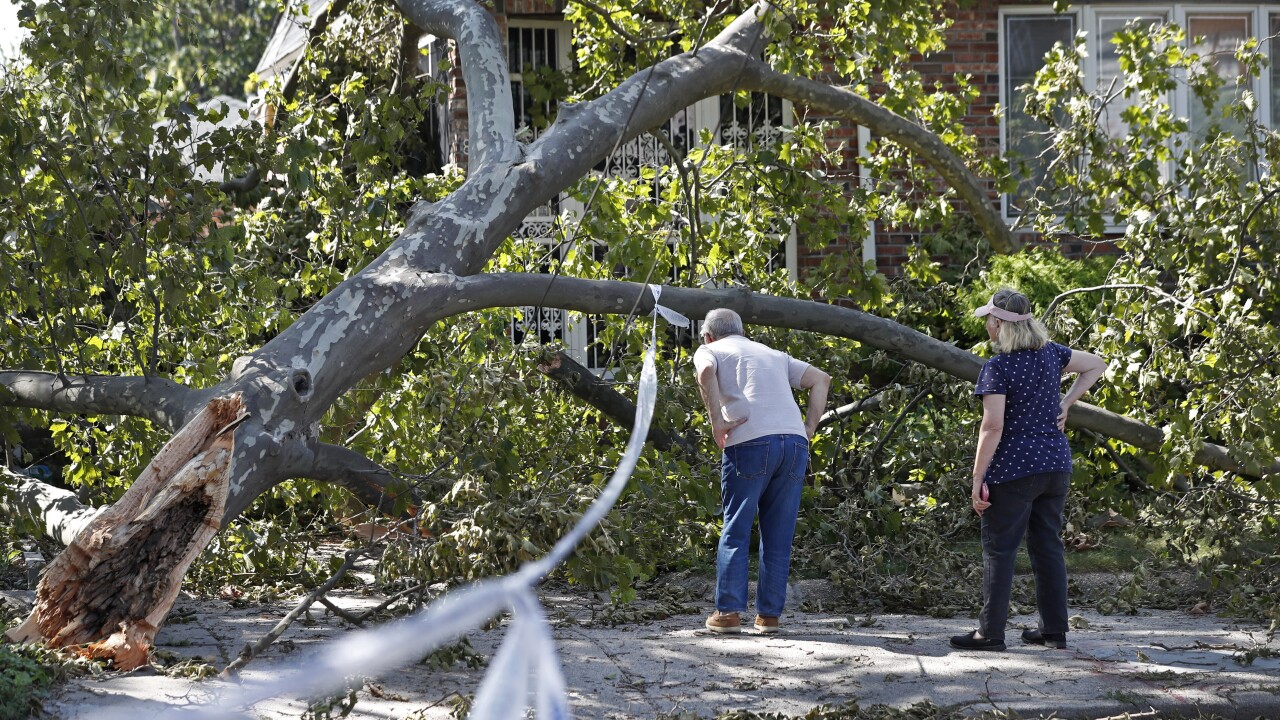 Kathy Willens/AP
Neighborhood residents stop to inspect damage caused by a tree that fell on top of a house during Tropical Storm Isaias, Wednesday, Aug. 5, 2020, in New York. The tree fell, taking power lines with it due to high winds from Isaias, which passed through the area Tuesday afternoon as it made its way up the East coast of the United States. (AP Photo/Kathy Willens)

"Additionally, the declaration will also apply to those counties bordering the 11 specifically stated in the declaration, as that is standard practice," officials said. "As such, Columbia, Ulster and Sullivan will also be covered by the order."

Hundreds of thousands of people in the state were left without power after Isaias battered the region. More than 700,000 were still dealing with outages when Cuomo announced the state of emergency.

"The large volume of outages and the utilities' failure to communicate with customers in real time proves they did not live up to their legal obligations," Cuomo said. "The fact that many customers still do not know when their power will be restored makes it even more unacceptable. The worst of this situation was avoidable, and it cannot happen again."

Gov. Phil Murphy had declared a state of emergency in New Jersey before the tropical storm reached the area.