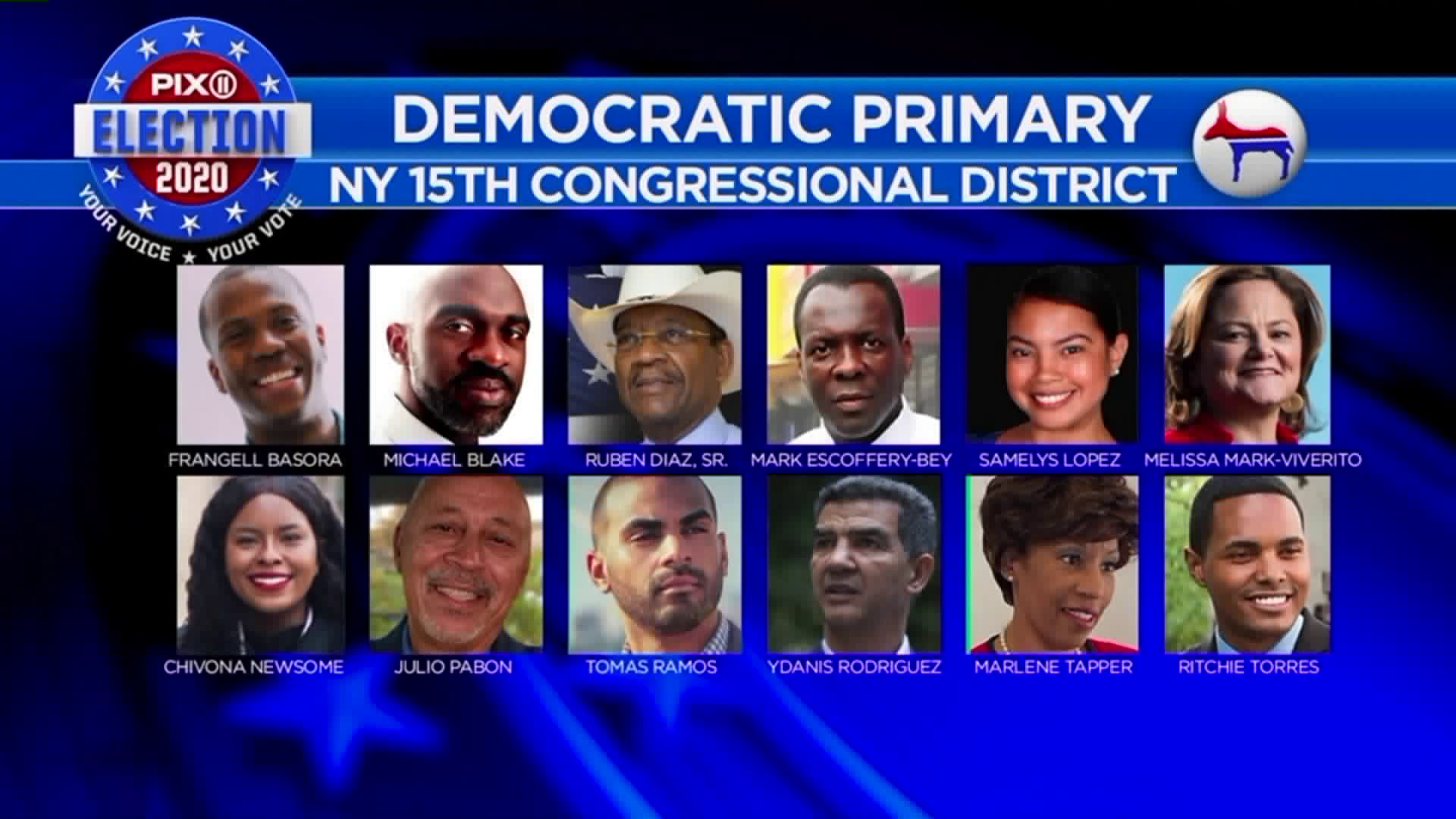 There’s a political showdown in the Bronx underway as candidates wrap up campaigning ahead of next Tuesday’s Democratic primary for the 15th Congressional District.

SOUTH BRONX — There’s a political showdown in the Bronx underway as candidates wrap up campaigning ahead of next Tuesday’s Democratic primary for the 15th Congressional District.

Longtime Rep. Jose E. Serrano is retiring, just as the South Bronx is reeling from one of the highest coronavirus infection rates in the country

“Right now we are living in crisis that is two-fold, COVID and inequality,” explained primary candidate and former City Council Speaker Melissa Mark-Viverito.

PIX11 spoke to Rodriguez as he campaigned Thursday.

“I am the Congressman who will eradicate poverty by 2030," he said. "I will not come back every 2 years saying that I represent the poorest Congressional district.”

Tomas Ramos is a newcomer to politics.

“I’m just like everybody else," he said. "I’m a normal person that has a lot of concerns for our community.”

“I want people to now that I am a revolutionary and I am a fighter and I am unbought and unbossed, as Shirley Chisolm would say. Once I get to Washington, D.C. I will have power to change all of our lives,” she said.

Many of the headlines in this campaign have centered around two front-runners, Ritchie Torres, an openly gay Councilman, and Ruben Diaz, Sr., who opposes marriage equality and faced calls to resign from the City Council after saying it was controlled by the homosexual community.

Several political analysts tell PIX11 Diaz, Sr. has two advantages: strong name recognition and as the only conservative Democrat in the race, his more liberal opponents may split progressives allowing Diaz, Sr. to garner the most votes.