Cleaning up trash trains on the subway 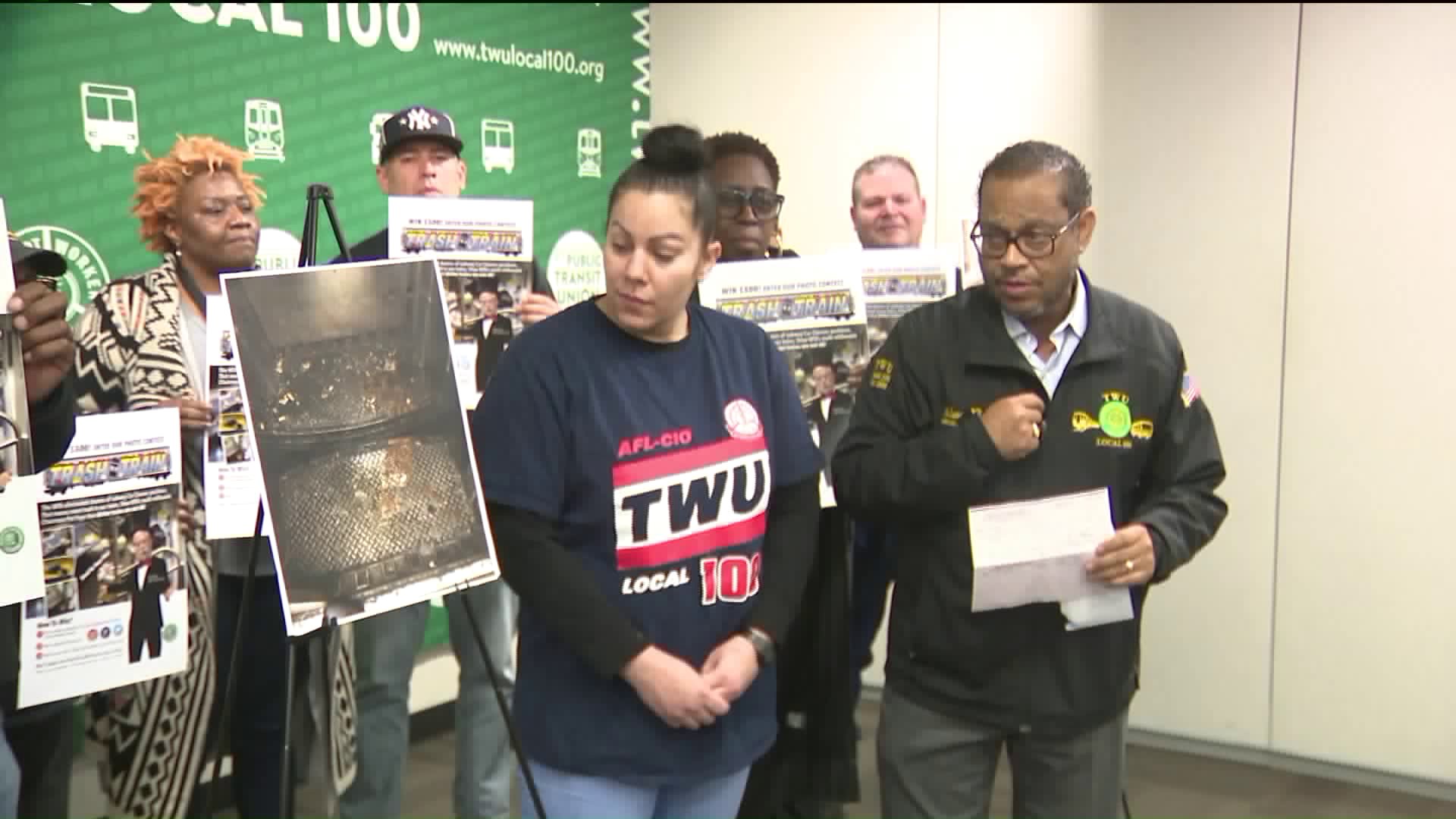 Millions of riders commute daily on the subways in New York City. A train with garbage or unsanitary conditions can cause a big stink.

Millions of riders commute daily on the subways in New York City.

A train with garbage or unsanitary conditions can cause a big stink.

TWU Local 100 represents train and bus crews and car cleaners. The union put out a call early this season to call for pictures of dirty trains.

They’ve declared a winner and used the opportunity to call for more cleaners and highlight the job in the cars and stations.

On Tuesday, the winner was announced. It was submitted by a cleaner on her way to work. She described gross and hazardous messes that need to be decontaminated.

“We got to the point where there’s a lot of terminals that have no cleaning operations and minimum staffing,” said Nelson Rivera, a Vice President with TWU Local 100.

The union says crews don’t always have enough time to locate each mess. Tweets from riders often report problems and cars are isolated or taken out of service.

There’s always an anti-litter campaign in the system. New vacuum trains are running along the lines. MTA NYC Transit is working with NYPD and advocates
to address people who may be living in the system.

Some cars are given a deep clean each night and mopped and inspected upon arrival at a terminal. On some lines they are cleaned at one end of the line, not both.

MTA has brought on additional cleaners recently and reports the average number of soiled car incidents is 204 per month.