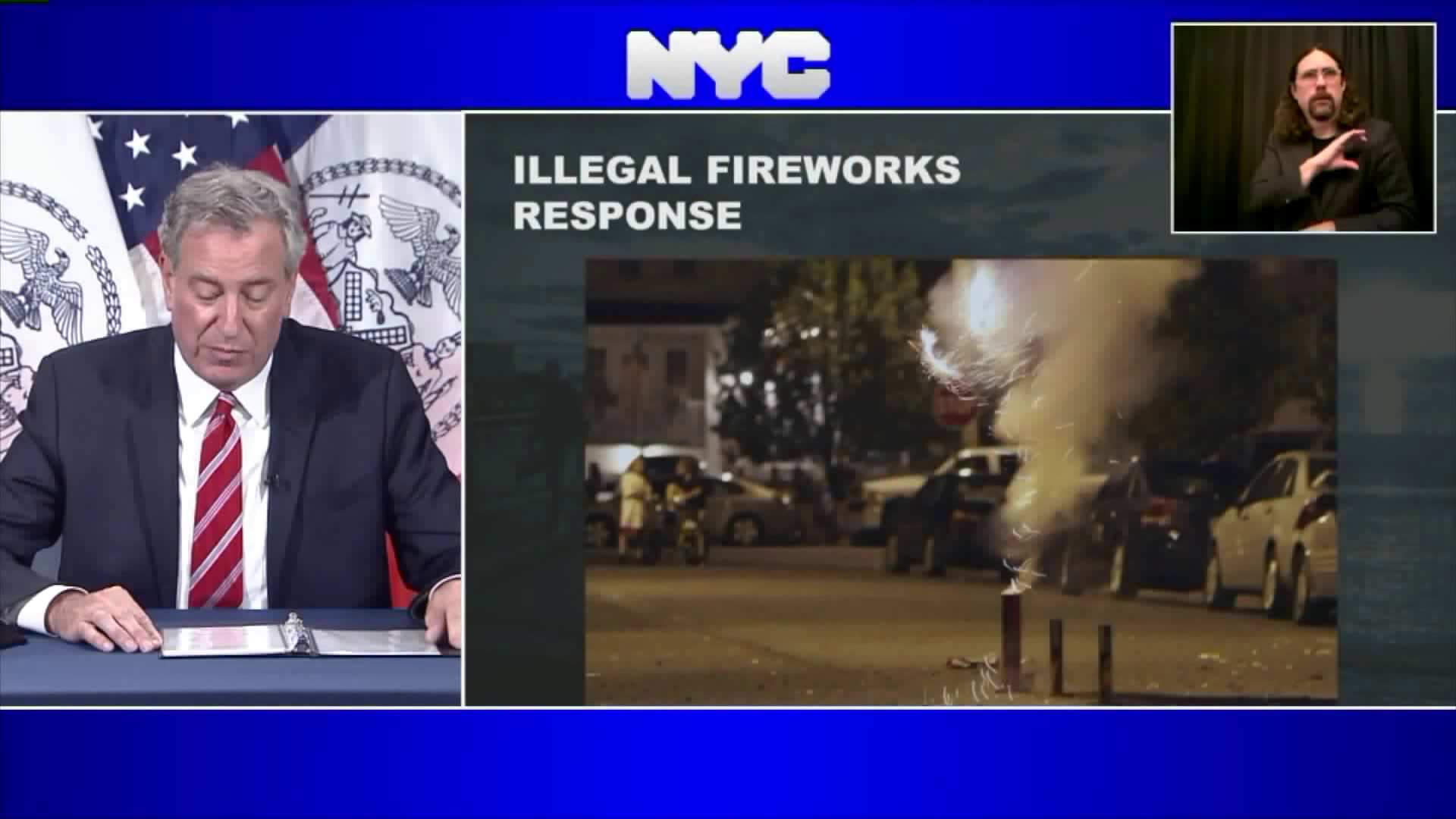 The city has received thousands of complaints this year about illegal fireworks.

NEW YORK — The Fourth of July means fireworks celebrations but police are reminding citizens that they'd better be legal.

The city has received thousands of complaints this year about illegal fireworks. A Brooklyn man was arrested and accused of setting of fireworks that wound up burning down a home. He was caught on video setting off aerial explosives and authorities say one them went into an open window of an apartment and started a fire.

There have been more than a dozen arrests throughout the five boroughs and more than $37,000 of illegal fireworks seized.

The problem got so bad this year the mayor even set up a special task force to crack down.

The FDNY says they see so many injuries each year, mostly to children.

If you see or hear illegal fireworks going off you can Report it anonymously by call 311. And if you see something dangerous call 911.