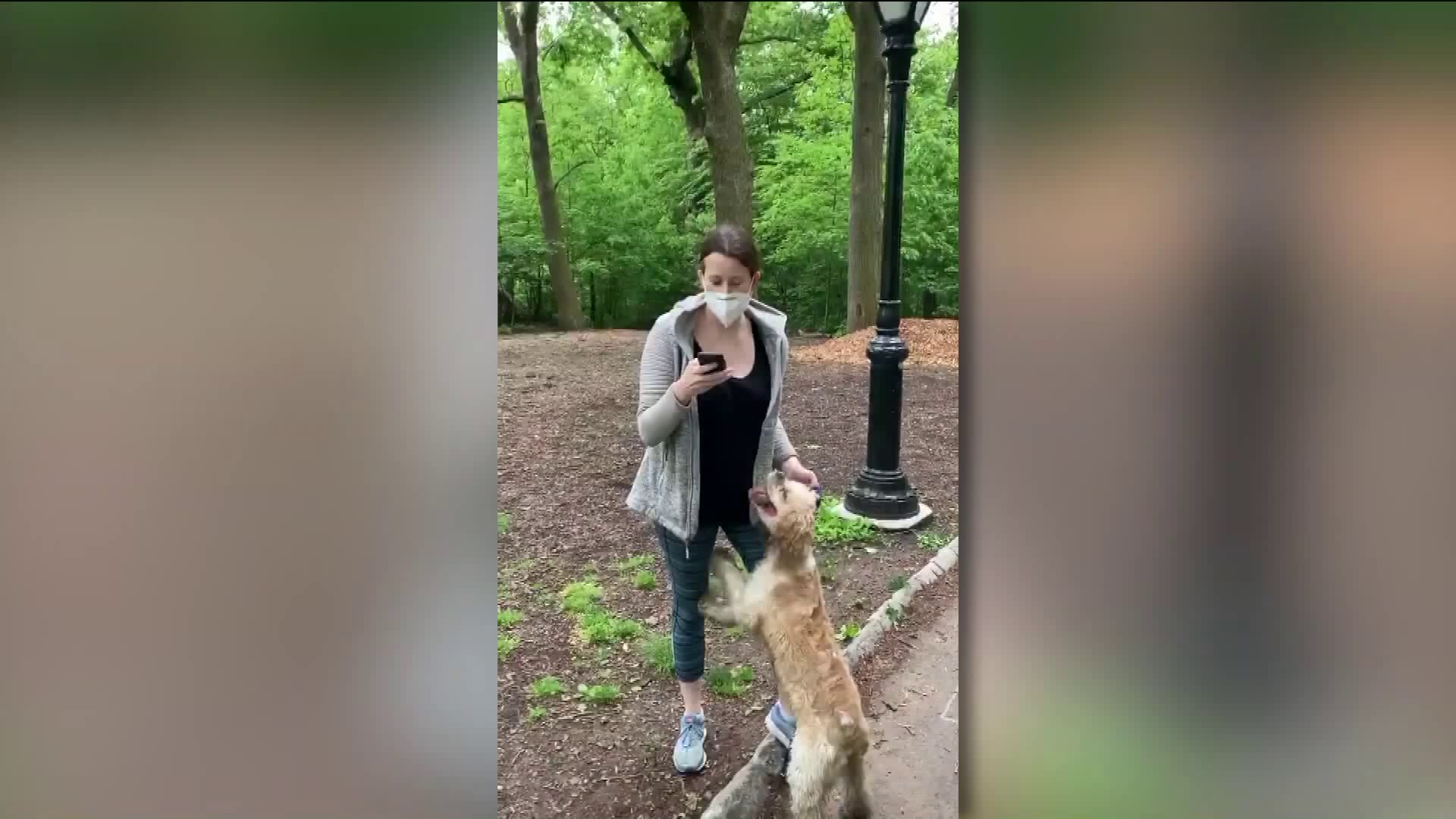 New York City's Commission on Human Rights said Wednesday it is launching an investigation into a viral video of a white woman in Central Park calling 911, falsely accusing a black man of threatening her.

CENTRAL PARK, Manhattan — Forty-one million views and two days after it was recorded, the racist incident between a white woman walking her dog and a black man pursuing his birdwatching hobby has prompted reaction worldwide.

On Wednesday, the reactions came from the place where the now-viral encounter happened, as some city leaders called for criminal charges to be filed against the woman.

It was called as a reaction to video of Amy Cooper threatening to call police on a Harvard educated African-American birdwatcher. The man, Christian Cooper (no relation to Amy Cooper), had correctly told her that by not putting her dog on a leash in the Ramble section of Central Park on Monday, she was in violation of park rules.

The video, recorded by Christian Cooper on his cellphone, has sparked outrage, including at Wednesday's news conference.

He was part of a group of about a dozen leaders and advocates calling for Amy Cooper to be criminally charged.

Borough President Adams, a former NYPD captain, said that the violation she'd made was clear.

"Those responding police officers should have looked at that tape, and immediately arrested Amy Cooper," Adams said, "based on Section 240-50, Subdivision 3" of the state penal code.

It specifically calls a false report to law enforcement a criminal violation.

"We’re not going to pursue that," Tucker told PIX11 News anchor Dan Mannarino in an interview. "We’ve got bigger fish to fry, and the DA would never prosecute that," Tucker said.

His comments provoked an emotional reaction.

"To say we have bigger fish to fry... how dare you?," Williams said, choking back tears. He ended up walking away from the microphone.

The city's Commission on Human Rights has contacted Amy Cooper, as part of their investigation into the incident. It could result in her being fined or ordered to take training on racial issues.

Christian Cooper, however, did make himself available to PIX11 News.

"I decided I wouldn't be racially intimidated," he said in a FaceTime interview with PIX11 News reporter Ayana Harry on Tuesday.

Meanwhile, Amy Cooper has been fired from her job as a financial executive.

Still, some city leaders and local activists called for increased measures against her.

"Nothing sends a stronger message on what's not going to be tolerated," said Adams, "as when someone is placed in handcuffs for carrying out a particular action."

However, birdwatcher Christian Cooper said the desired outcome need not be criminal prosecution.

"If it leads to more people understanding it's important to leash dogs in protected areas," said Cooper, "then it's good. I'm happy."

Late on Wednesday afternoon, the NYPD issued a statement in response to criticisms leveled against the department.

"We do not have a complaint on record from either party in this case," the statement said. "We have been in the process of reviewing the incident. We’ve been in touch with the Manhattan DA. We will go where the evidence leads."