‘You are not alone’: Crowd chants as Terrence Floyd speaks at Brooklyn memorial for George Floyd 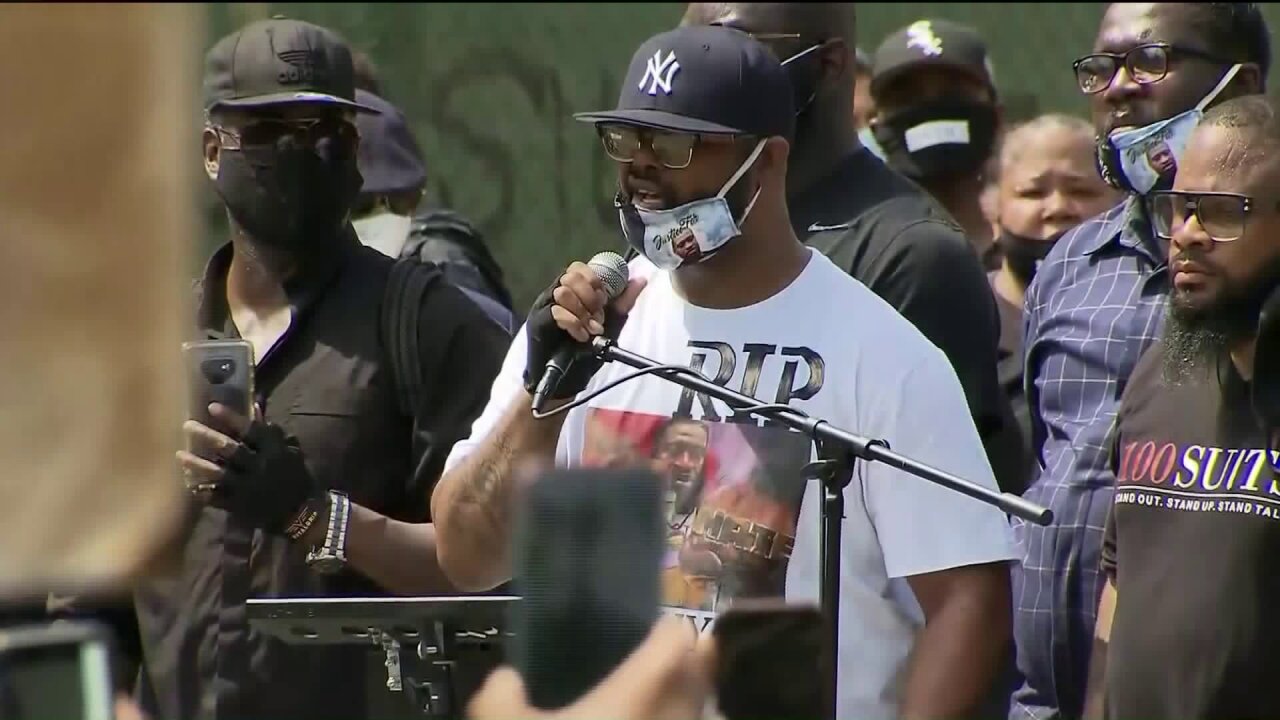 As Floyd’s brother, Terrence Floyd, took the stage to speak, he was met with applause. Before he spoke, there was a moment of silence and then thousands of people in the crowd began chanting “You are not alone.”

The Brooklyn resident was seen wearing a shirt with George Floyd's picture and "RIP" written on top. As he spoke, Terrence Floyd thanked God for all the five boroughs showing their love for his brother.

He went on to speak about the nationwide demonstrations and rallies, saying he was “proud of the protests, but I'm not proud of the destruction,” in regards to the recent looting and violence seen across the city and nation.

“My brother wasn’t about that. The Floyds is a God-fearing family,” he added.

Following the service, a march from the Brooklyn Bridge to Foley Square is schedule

George Floyd died in police custody on Memorial Day. Bystander video shows one police officer, Derek Chauvin, kneeling on Floyd's neck for more than eight minutes. Additional video shows that officers Keung and Lane also put their body weight on Floyd during the arrest. Officer Thao stood by with his back turned during the arrest.

All four police officers involved in the death of 46-year-old George Floyd in Minneapolis are now facing charges.