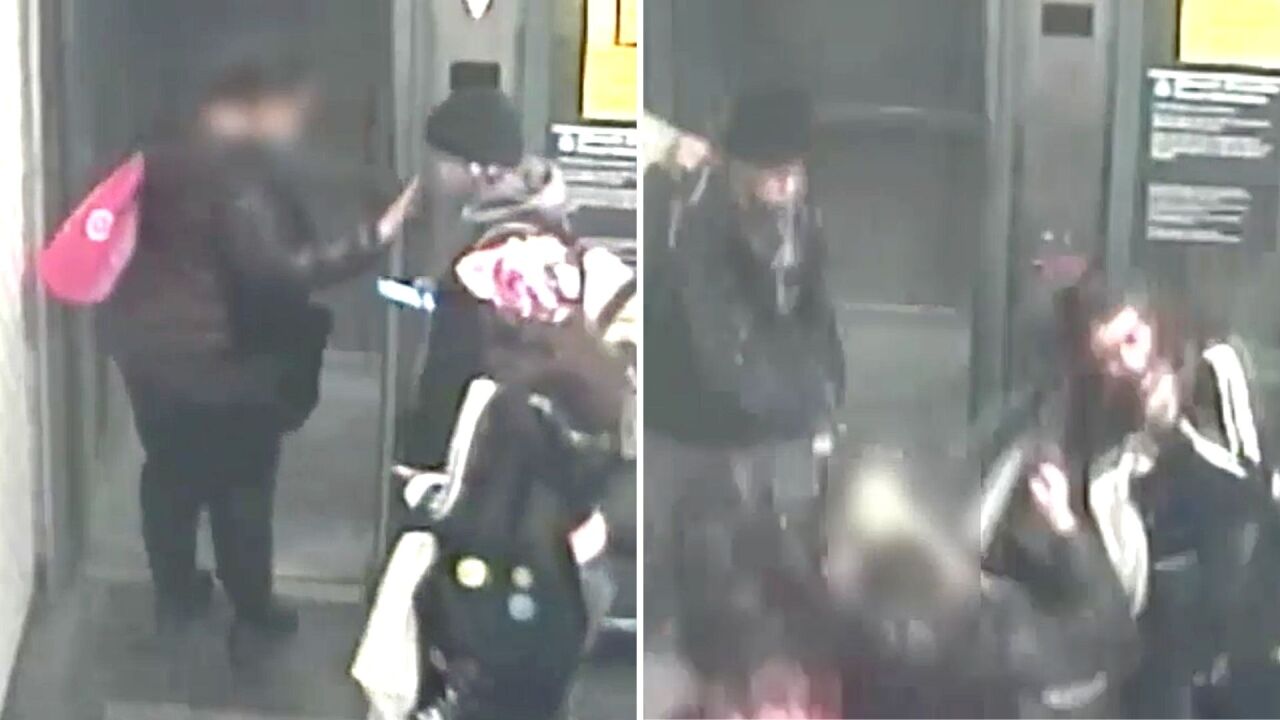 NYPD
Surveillance images of a male and female suspect attacking a woman who asked them to wear masks before riding an elevator in the Atlantic Avenue-Barclays Center subway station in Brooklyn on Friday, Nov. 13, according to the NYPD. 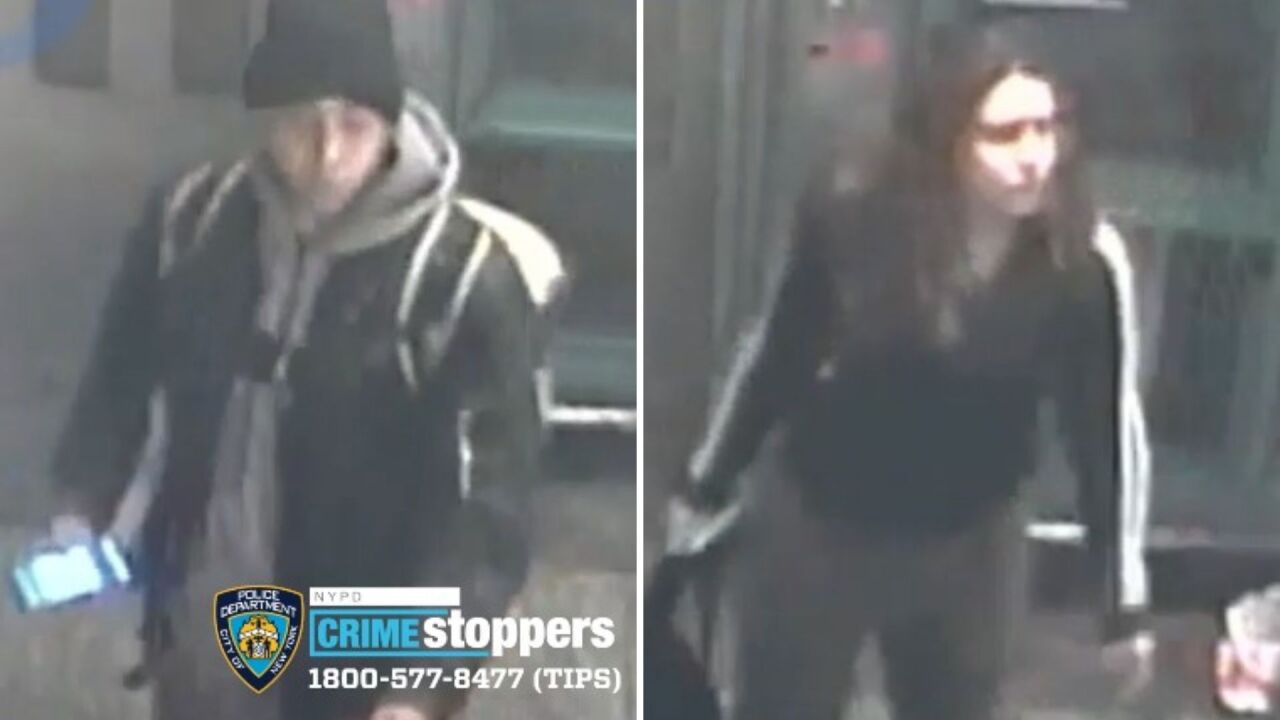 BOERUM HILL, Brooklyn — Police are looking for two suspects they say attacked a woman who asked them to put on masks in a Brooklyn subway station.

Authorities said the assault occurred inside the Atlantic Avenue-Barclays Center station last Friday at around 12:18 p.m.

As the group was about to get on a station elevator, the 60-year-old victim told the male and female to wear their masks if they were going to ride the elevator with her, the NYPD said.

According to police, the pair refused. Surveillance video shows them try to forcefully push past her.

When she tried to prevent them from getting on the elevator with her, the two suspects began to strike the woman repeatedly in the face and body, authorities said.

WATCH: Pair attack woman who asked them to put on masks before riding elevator with her in Brooklyn subway station, police say

The male and female then fled the scene in an unknown direction.

Police said the victim suffered bruising to her face and pain to her legs. She was taken to a nearby hospital where she was treated and released.

The male individual is described as being between the ages of 16 and 20, and was last seen wearing a black knit cap, a black coat, gray pants, and a light colored backpack.

The female individual is also thought to be between the ages of 16 and 20, and was last seen wearing a black-and-white sweater, dark colored pants, and carrying a black backpack.