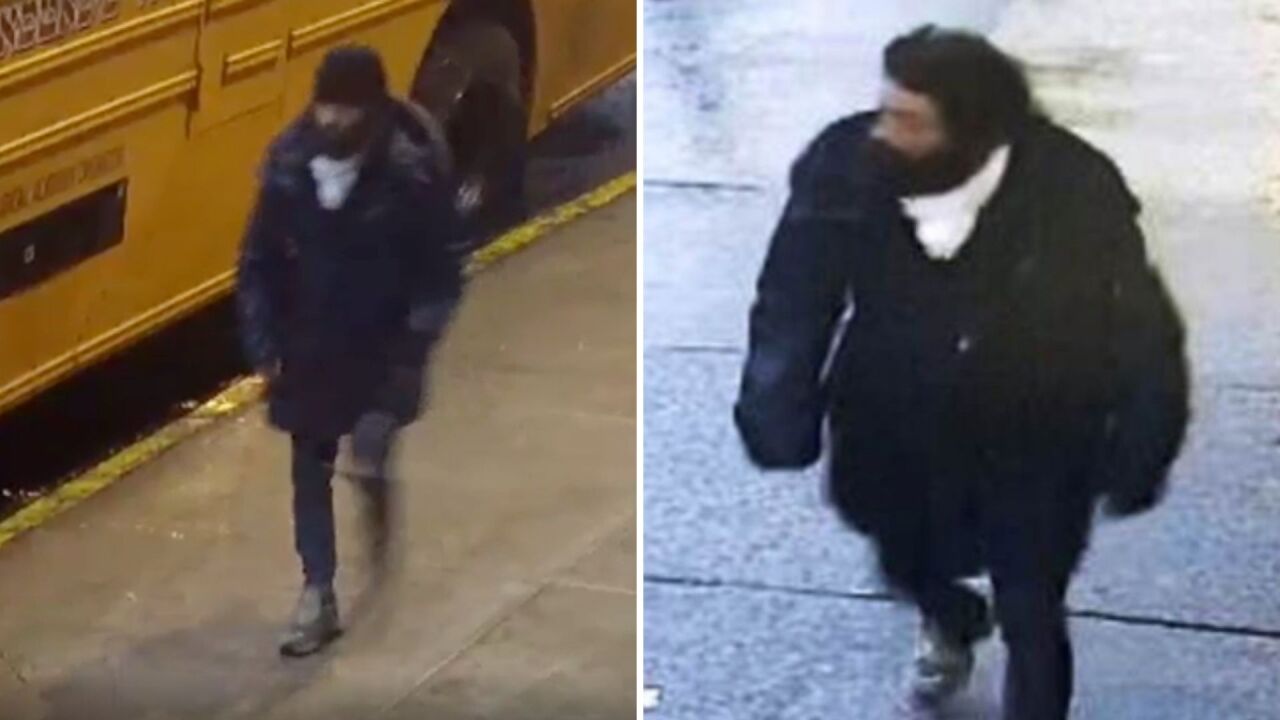 nypd
Police released images of a man accused of assaulting and attempting to rob a woman in broad daylight in Brooklyn on Feb. 11, 2020.

WILLIAMSBURG, Brooklyn — Authorities are searching for a man accused of attacking a woman during an attempted robbery in Brooklyn Tuesday morning.

The 38-year-old woman was walking in the vicinity of Wilson Street and Lee Avenue around 7 a.m., when she was approached by a man, police said.

The man shoved the victim to the ground and attempted to take her purse, repeatedly saying “Give me the money!,” according to police.

When the victim refused, the man allegedly struck her face several times with an unknown object and fled.

The woman was taken to the hospital and treated for lacerations and bruising to her face, cops said.

Correction: This article has been updated with the location of the incident.