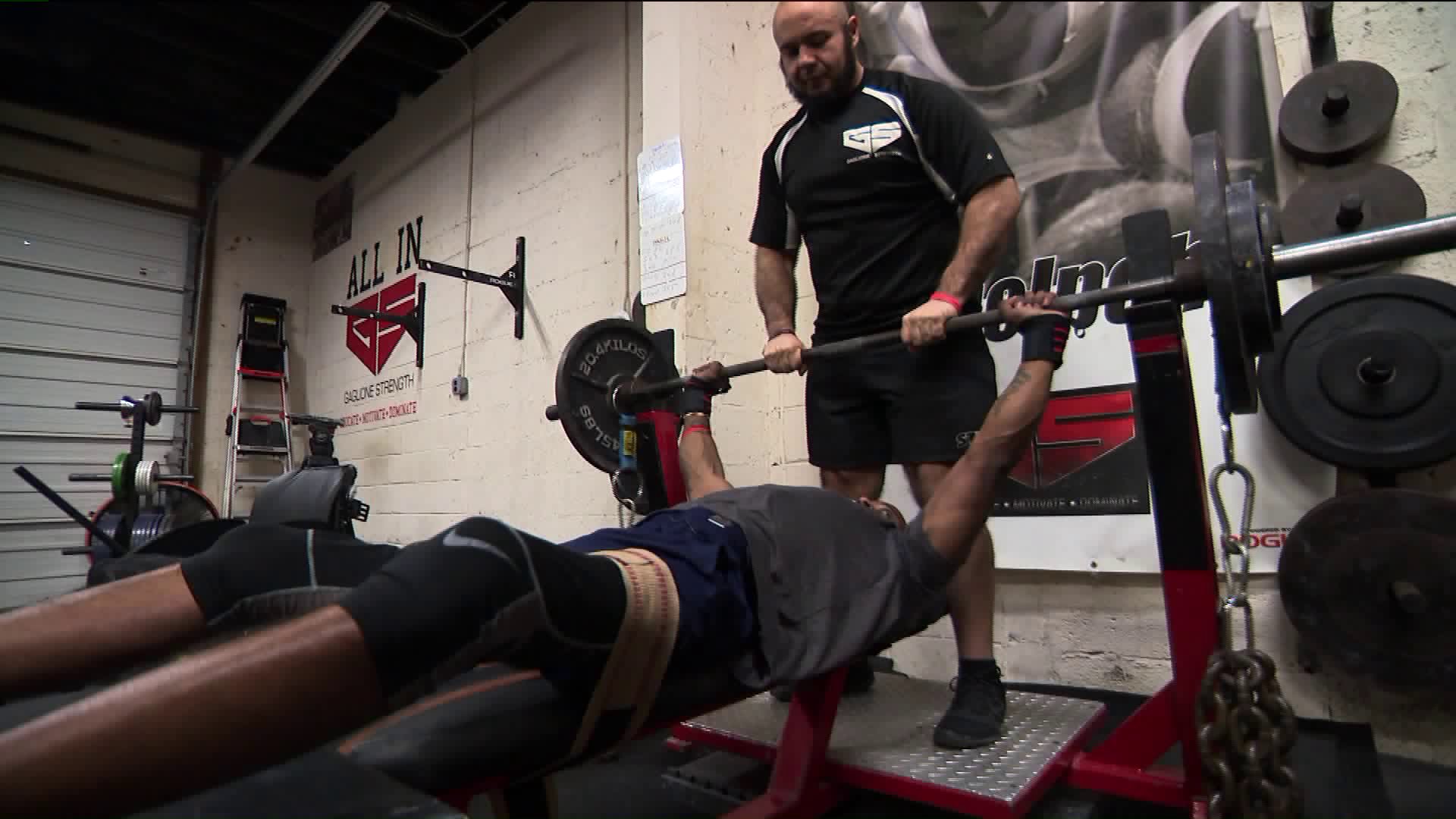 Garrison Redd was always a natural athlete. Growing up in Brownsville, he was a star on his high school football team with dreams of one day going to the NFL until one summer night that changed his life.

BROWNSVILLE, Brooklyn — For most people having to go through Garrison Redd's routine, just to get into his car would be exhausting enough. But for him, it's just the beginning of his drive.

The wheelchair-bound Brooklyn native is one of the strongest pound-for-pound powerlifters in the country.

"Powerlifting gives me that opportunity to show people that I'm an asset," Redd said. "I'm as strong as anybody else, no matter what physical limitations I have."

Redd was always a natural athlete. Growing up in Brownsville, he was a star on his high school football team with dreams of one day going to the NFL — until one summer night that changed his life.

"One night a guy came up and just started shooting at me and about six other of my friends that were outside, and I got struck with a bullet, which left me paralyzed from the waist down," he said.

Police later said the shooting was an apparent gang initiation, but witnesses were too scared to testify.

Despite the injury, Redd's parents never stopped pushing him. His mom said she wasn't going to let him use his disability as an excuse, and told him she expected him learn to take care of himself and go to college.

"My parents thought of me as if I was still walking, and that was major."

After acclimating to his new life in the years that followed, Redd started playing sports again, and got back in the gym when a friend suggested he try powerlifting. When he stepped into Gaglione Strength on Long Island, he immediately took to the challenge.

"I just took a look a the gym and I saw all the records that are on the board, and I said, 'I want to be on that board right there.'"

At 122 pounds, he was able to lift more than twice his body weight with no training whatsoever.

And with the help of coach John Gaglione, he's crushing one personal record after another.

"The amount of accolades he's been able to accomplish in just a year and a half of lifting is outstanding" said Gaglione. "I've been a competitive lifter myself for going on 14 years, and the stuff that he's doing, it's taken me and some of our lifters five, eight, ten years to accomplish the same thing."

Last year, Redd qualified for Team USA's para-powerlifting team, and a few months ago he earned his way to the World Championships, where he hopes to qualify for the Paralympic Games in 2024.

Now he's using his platform to give others a push, giving Ted Talks and running the Garrison Redd Project, where he helps newly disabled people get the mobility devices they need to keep moving forward.

"I know if I can lift 300 pounds and qualify for a competition or anything of that nature, it opens the doors up for someone else that wants to be something great in life," Redd said.

"We have a lot more gifts and capabilities than we realize, and we usually use only a fraction of it," said Gaglione. "So, just seeing what he can accomplish without the use of his legs, I think it's just really motivating."

"That's my goal: for everyone else to live their best life."

Now, for a change, Redd is asking for a little help in his life. He has to pay for his trip to the world championships and for some training equipment. Right now the bench he uses is meant for able-bodied people, quite different from the one he'll have to compete on at the international competition, so he's started a Gofundme page to help him reach his goals. If you're interested in donating, click here to visit the page.