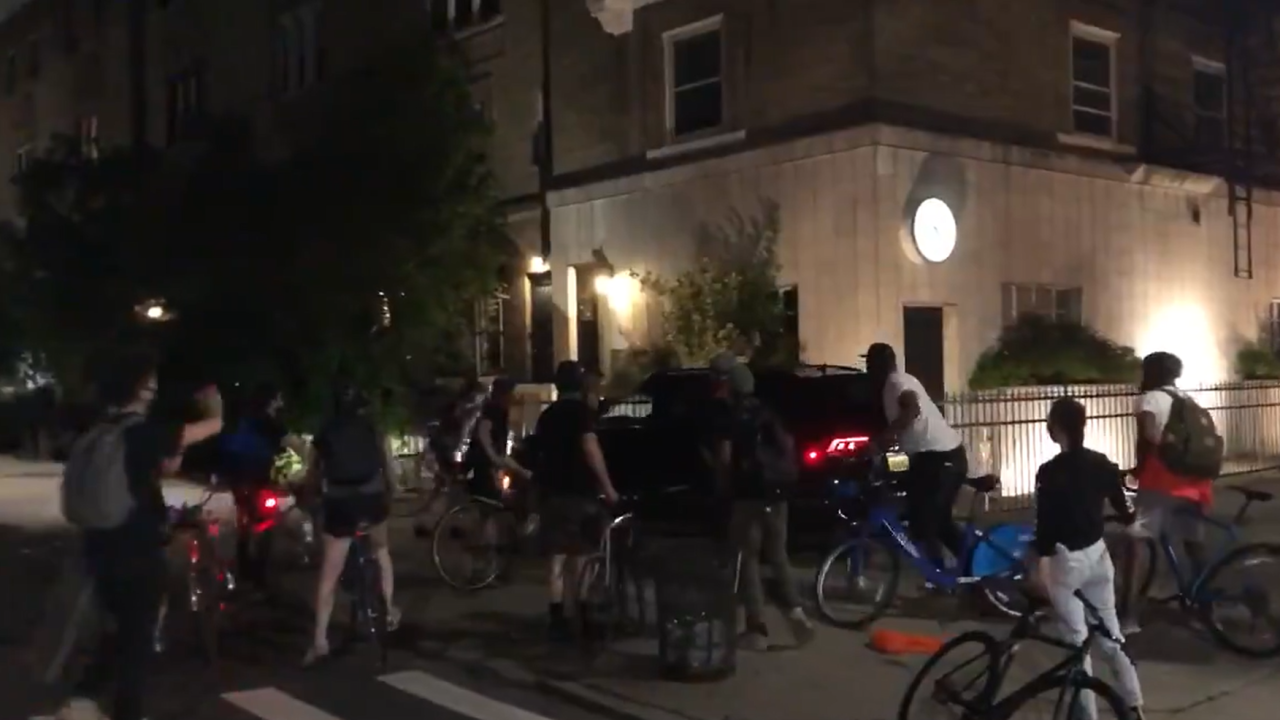 CROWN HEIGHTS — A man is facing charges after driving into a crowd of protesters who surrounded his SUV in Brooklyn, according to police and bystander video.

The driver, 44-year-old Jacob Leiper, was approaching the corner of Saint John's Place and Brooklyn Avenue around 10:30 p.m. Saturday when protesters began kneeling in the street, police said.

Leiper tried to get around the group by driving onto the sidewalk, but he was surrounded by more protesters, many of them on bicycles, according to police.

Bystander video shows the protesters surrounding the SUV on the sidewalk. One person can be seen jumping onto the vehicle.

The SUV lurches forward into some of the protesters and then takes off down the street, the video shows.

A man on a bicycle was hit by the SUV and suffered an ankle injury, according to police. He was taken to NYC Health & Hospitals/Kings County, where he was treated and released, police said.

Three additional people were treated for minor injuries at the scene, according to the NYPD.

Leiper, of Queens, was stopped by officers after protesters pointed out his SUV, police said.

He was arrested and charged with reckless endangerment, unlawful possession of marijuana and leaving the scene of an accident, police said.

Saturday marked the 10th day of demonstrations in New York City over the police custody death of George Floyd in Minneapolis. Floyd's death has reignited calls for police reform and racial equality.