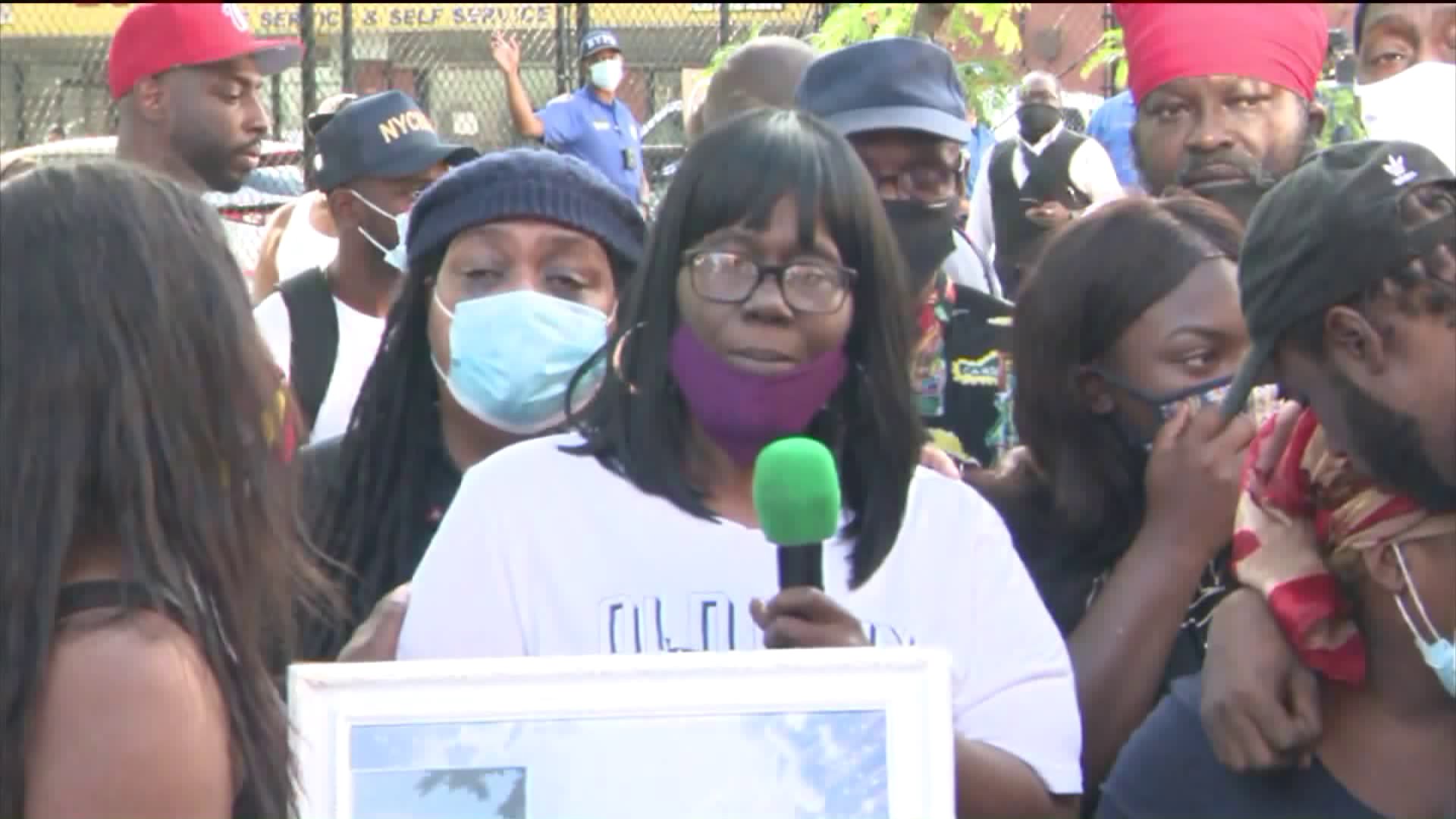 A community in mourning surrounded two young grieving parents and a grandmother Tuesday evening in the middle of the street in Bed-Stuy, Brooklyn.

BROOKLYN — A community in mourning surrounded the two young, grieving parents and grandmother of a 1-year-old boy Tuesday evening in the middle of the street in Bed-Stuy.

There were so many emotions swirling through the crowd. First and foremost was intense grief and shock, that the senseless gun violence now dominating the headlines in New York City could claim a victim so young and innocent.

“When is this going to stop? All these kids dying, this gun violence needs to stop," she said.

Of course, there is also outrage aimed at the person who fired the shot which fatally struck 22-month old Davell Gardner, Jr. in his stomach Sunday night.

“We are not going to stop until we see you pay for the acts that you have committed in our community," said Taharka Robinson of Brooklyn Anti-Violence Coalition.

The little boy just happened to be hanging out across the street from his family’s home. Unfortunately, he was in the vicinity of three other young men who were also shot but survived.

For the criminal, or criminals, who pulled the trigger and are still on the loose, New York Attorney General Letitia James offered a blunt message.

“I urge the person who is responsible for the death of this baby, I urge you to walk into a precinct and surrender yourself."

There is no shortage of exasperation in this crowd of law abiding residents and tightknit families, fed up over a number of issues on the street and at home.

While there is still a clear desire to address longstanding accusations of NYPD over-policing in this and other Black and Brown neighborhoods, right now the focus is on catching a killer and ending the cycle of senseless violence.

Robin Lyde, who lost her son to gun violence 15 years ago, wants a return to core family and community values.

“I was that mom who said we did everything right," she said. "We need to go back to the times we used to have in the 60s and 70s, when the neighbors took care of the neighbors' children."