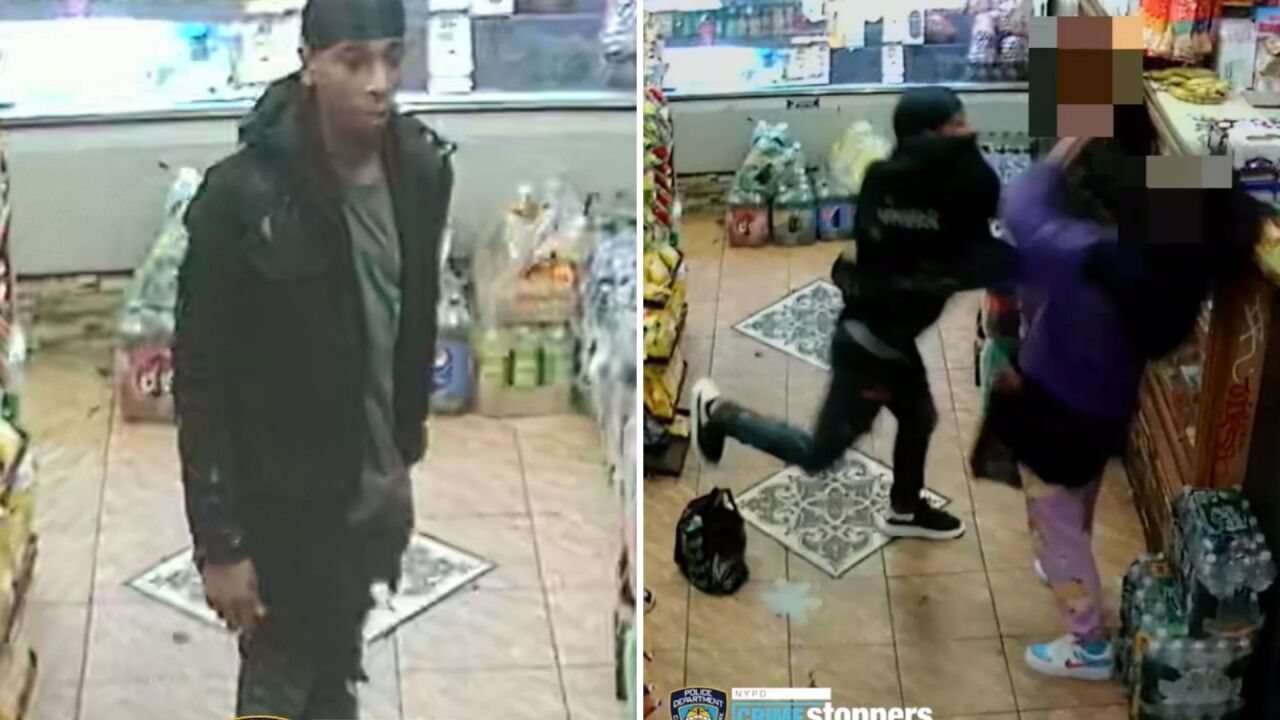 Police have asked for help identifying this man in connection with a Brooklyn deli attack. (NYPD)

BROOKLYN — A man attacked two women in a Brooklyn deli, knocking one woman to the ground, police said Wednesday.

He approached the victims in a Utica Avenue deli near Sterling Place early on Sunday and tried to talk to the pair of women, officials said.

Video shows him put down his bag and then slug one woman before turning on the other woman and repeatedly punching her before leaving the deli.

Police have asked for help identifying the man, who is believed to be in his 30s.