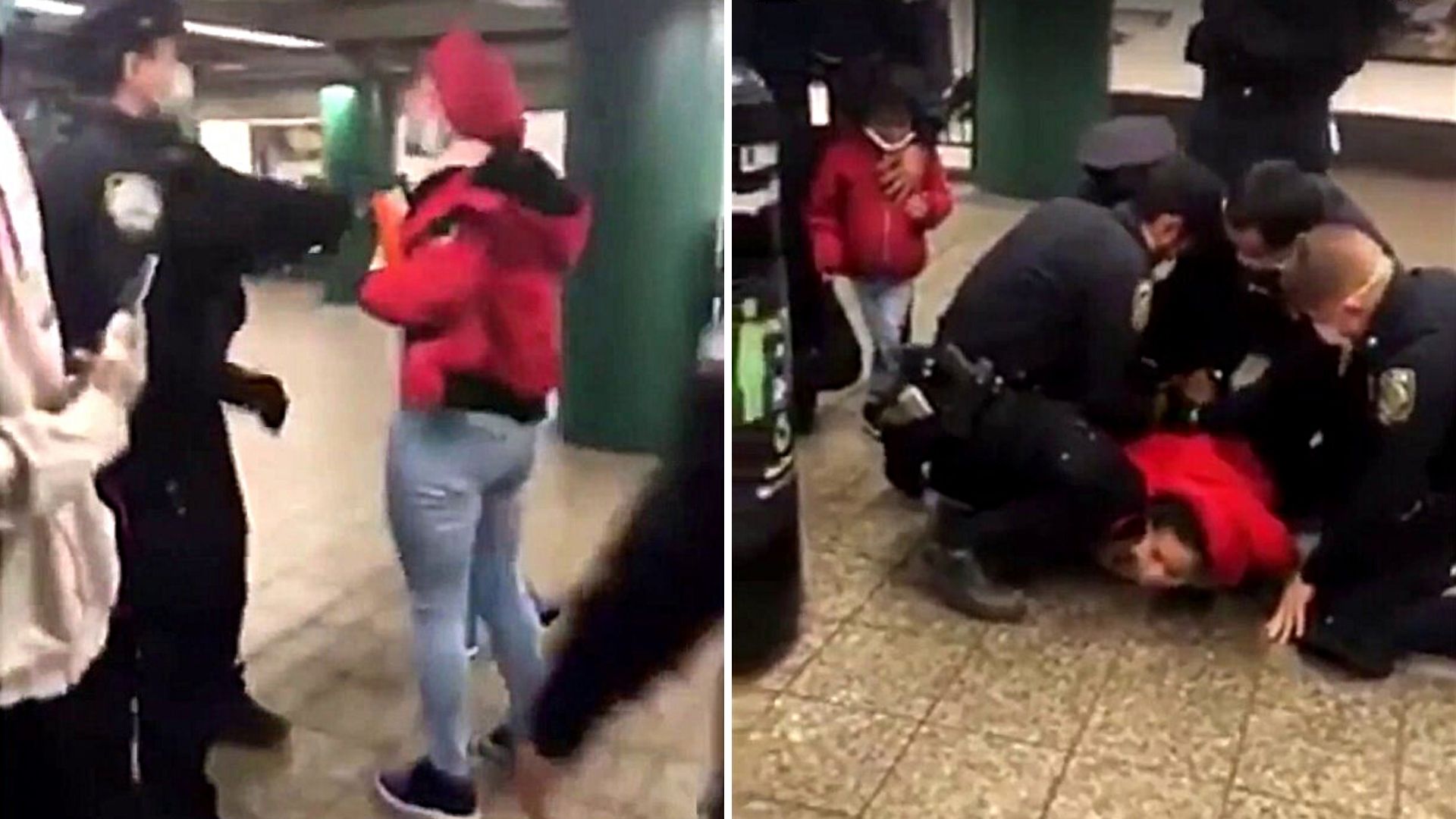 Video of yet another controversial arrest has gone viral. The footage shows police throwing a 22-year-old mother to the ground in front of her child in a Brooklyn subway station after a confrontation over wearing a face mask. Police said the altercation happened Wednesday around 11:50 p.m. in the Atlantic Avenue-Barclays Center subway station after the woman became disorderly after cops asked her to put her mask on properly.

BOERUM HILL, Brooklyn — Video of yet another controversial arrest has gone viral overnight. The footage shows police throwing a mother to the ground in front of her child in a Brooklyn subway station after a confrontation over wearing a face mask.

Mayor Bill de Blasio voiced his disapproval of what is shown in the video, writing in a tweet Wednesday night, "Face coverings are important to protect everybody — they’re not optional. But no one wants to see an interaction turn into this. We’ve made progress with de-escalation. This isn’t it."

According to Shea, the officers were at the station handing out masks before they approached the 22-year-old woman and politely asked her to put her mask on properly.

Shea said the cops were immediately met with a profanity-filled tirade in which the woman, identified as Kaleemah Rozier, allegedly said, "I'm gonna' cough on all of you."

According to Shea the mom was not initially arrested or issued a summons, but was asked to leave the station because she become disorderly.

Shea said Rozier was escorted out by police but then snuck away down another staircase, before being approached again by the officers and escorted out.

While being escorted out a second time, Shea said the woman tried to pull away from cops and struck one of the officers, at which point she was placed under arrest.

The NYPD said in a statement: "We are confident that the police officers in this incident acted appropriately and with respect. This individual was arrested only after her behavior toward officers warranted police action."

The commissioner said body-cam footage from after the incident shows the mother being "apologetic," telling authorities she was "under a lot of stress with other issues in her life and she was frustrated."

Shea did not respond when PIX11's Dan Mannarino asked if the NYPD would be releasing the body-cam footage from the arrest.

Police said the woman was released on a desk appearance ticket and is expected to be charged with resisting arrest, disorderly conduct and harassment.

Watch Commissioner Shea speak on the arrest in the final minutes of our below interview:

NYPD commissioner speaks on COVID-19
Copyright 2020 Scripps Media, Inc. All rights reserved. This material may not be published, broadcast, rewritten, or redistributed.