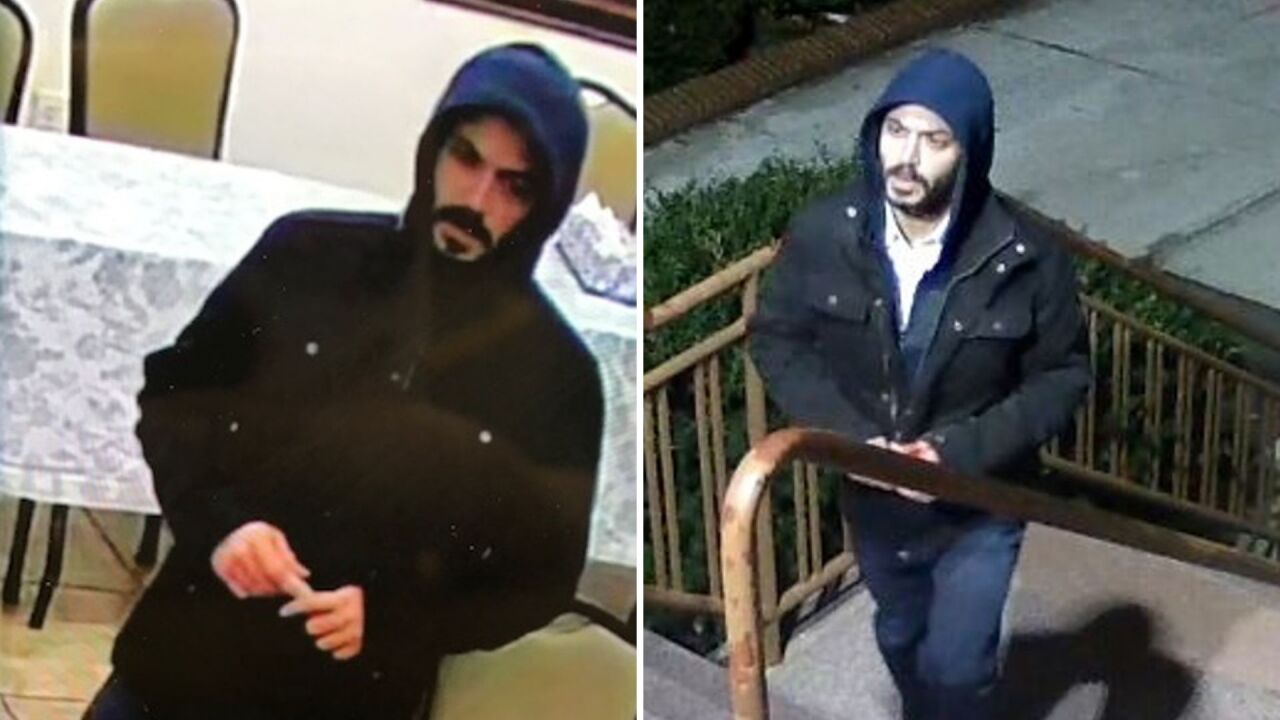 NYPD
Surveillance images of a man police say vandalized at least four synagogues, and even broke into and burglarized one of them, in the Midwood area of Brooklyn on Saturday, Dec. 26, 2020.

MIDWOOD, Brooklyn — UPDATE: Police arrested a man Thursday, Dec. 31 they believe is behind the vandalism, the NYPD said.

Cops are looking for a man caught on tape vandalizing a Brooklyn synagogue in what they believe was a string of vandalism and burglaries at multiple synagogues in just one night.

According to police, on Saturday, between the hours of 12:20 a.m. and 1:30 a.m, the unidentified man used a marker to made graffiti that included derogatory phrases on four different synagogues in the Midwood area.

The man also broke into the last synagogue, on Avenue J, and made graffiti inside, damaged two cabinets and stole about $20 in cash, according to officials.

Police say he vandalized multiple synagogues Saturday night, even breaking into one of them

The individual was even caught in surveillance video vandalizing the synagogue on Ocean Avenue.

He can be seen in the above footage looking back at his work, almost smiling.

Police described the man as having a medium build with a black mustache and facial hair. He was last seen wearing a blue hooded sweatshirt, a black jacket, blue jeans, and black sneakers.