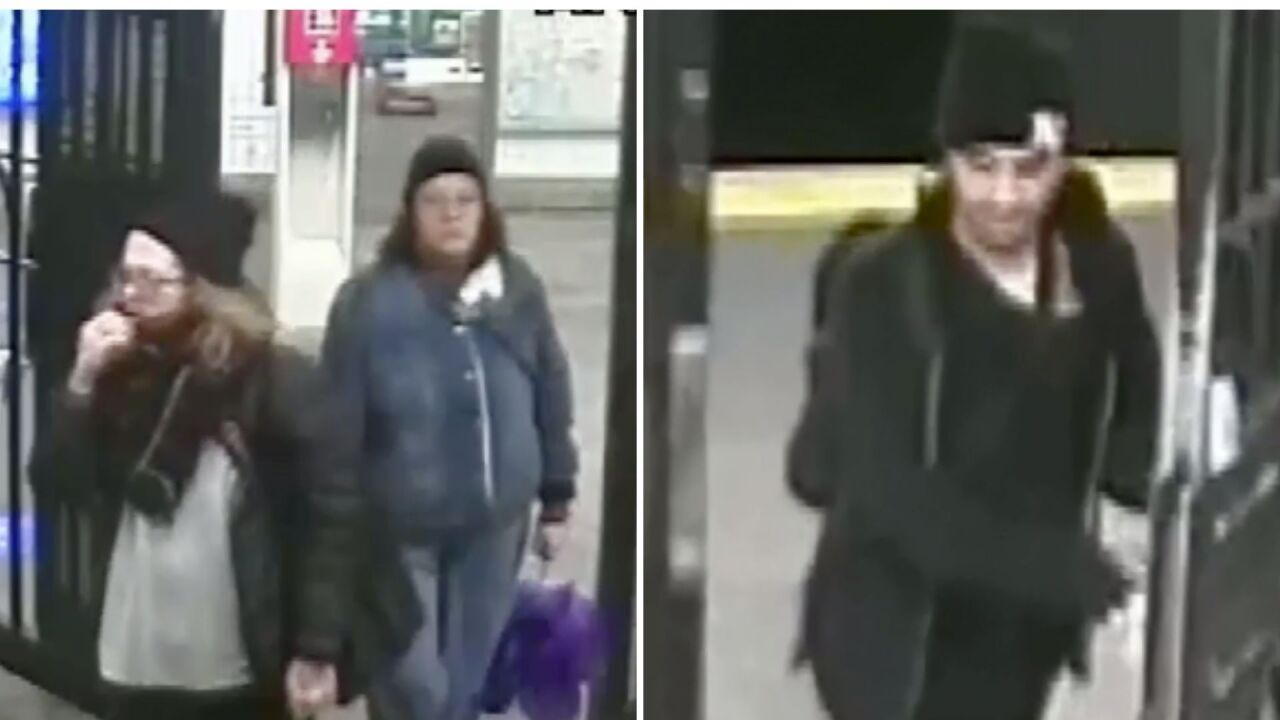 NYPD
Police are looking for three people who were seen on video tying open a subway station emergency gate during a transit protest in Brooklyn.

BEDFORD-STUYVESANT, Brooklyn — Police released photos Wednesday of three people who were caught on surveillance video tying open an emergency gate inside a Brooklyn subway station during a January transit protest.

The suspects targeted the same emergency gate inside the Franklin Avenue-Fulton Street subway station in Bedford-Stuyvesant twice on Jan. 31 around 10:45 p.m., police said.

During the first incident, a man opened the gate and used a T-shirt to tie the door open, surveillance video shows. The door was shut and a short time later a different man and a woman opened the same door and placed a lock over it to keep it from closing, according to police and surveillance images.

The incidents are believed to be connected to a transit protest that many city officials, including Mayor Bill de Blasio, denounced as counterproductive.

The demonstration over police presence in the subway system started at Grand Central Terminal before thousands of protesters took trains to different areas of the city.

Police said they're looking for the suspects as part of an investigation into an offense against public administration.