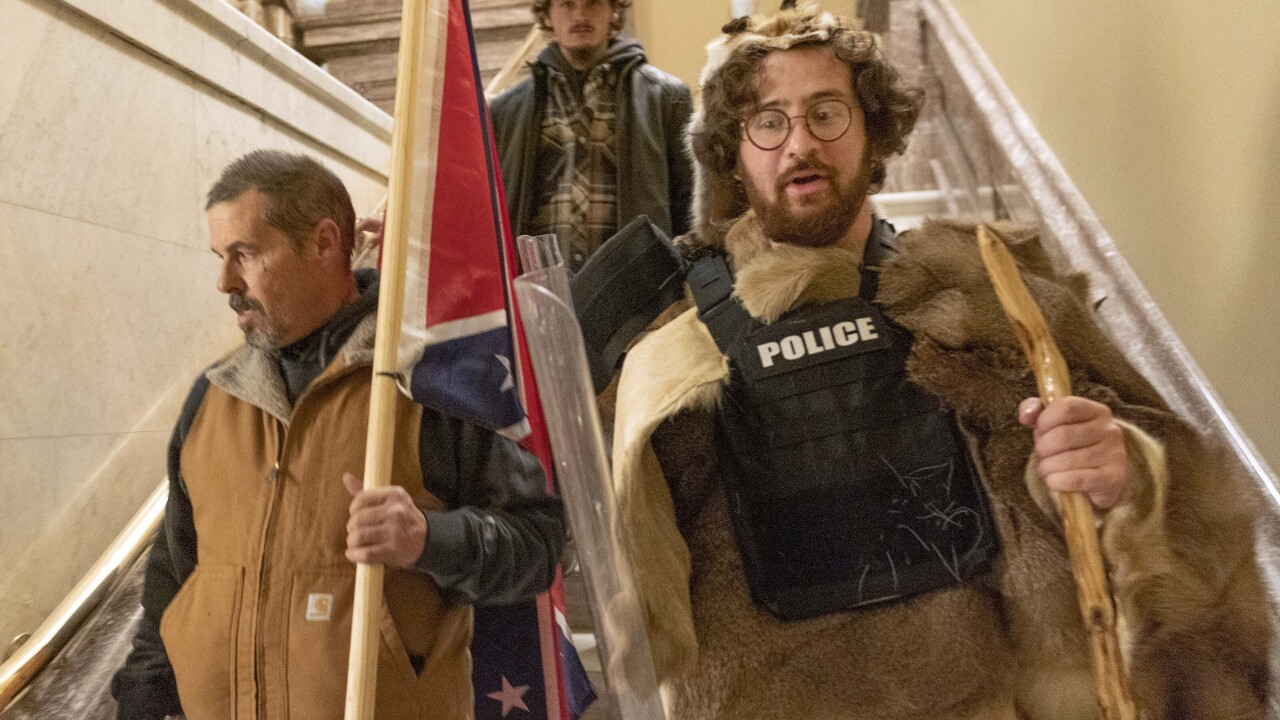 (Copyright 2021 The Associated Press. All rights reserved. This material may not be published, broadcast, rewritten or redistributed.)
AP Photo/Manuel Balce Ceneta
FILE - In this Jan. 6, 2021 file photo, supporters of President Donald Trump, including Aaron Mostofsky, right, who is identified in his arrest warrant, walk down the stairs outside the Senate Chamber in the U.S. Capitol, in Washington. Federal agents arrested Mostofsky, the son of a New York judge, on charges that he was among the protestors who stormed the U.S. Capitol, the FBI said on Tuesday, Jan. 12.

BROOKLYN — Federal agents have arrested the son of a New York City judge on charges that he was among the protesters who stormed the U.S. Capitol.

The FBI said Aaron Mostofsky was picked up at his brother’s home in Brooklyn on Tuesday morning, about a week after he was seen inside the Capitol wearing a fur costume and a police vest.

Motofsky's brother said last week that his brother “did nothing illegal."

He was to make a remote court appearance later in the day to face charges including theft of government property.