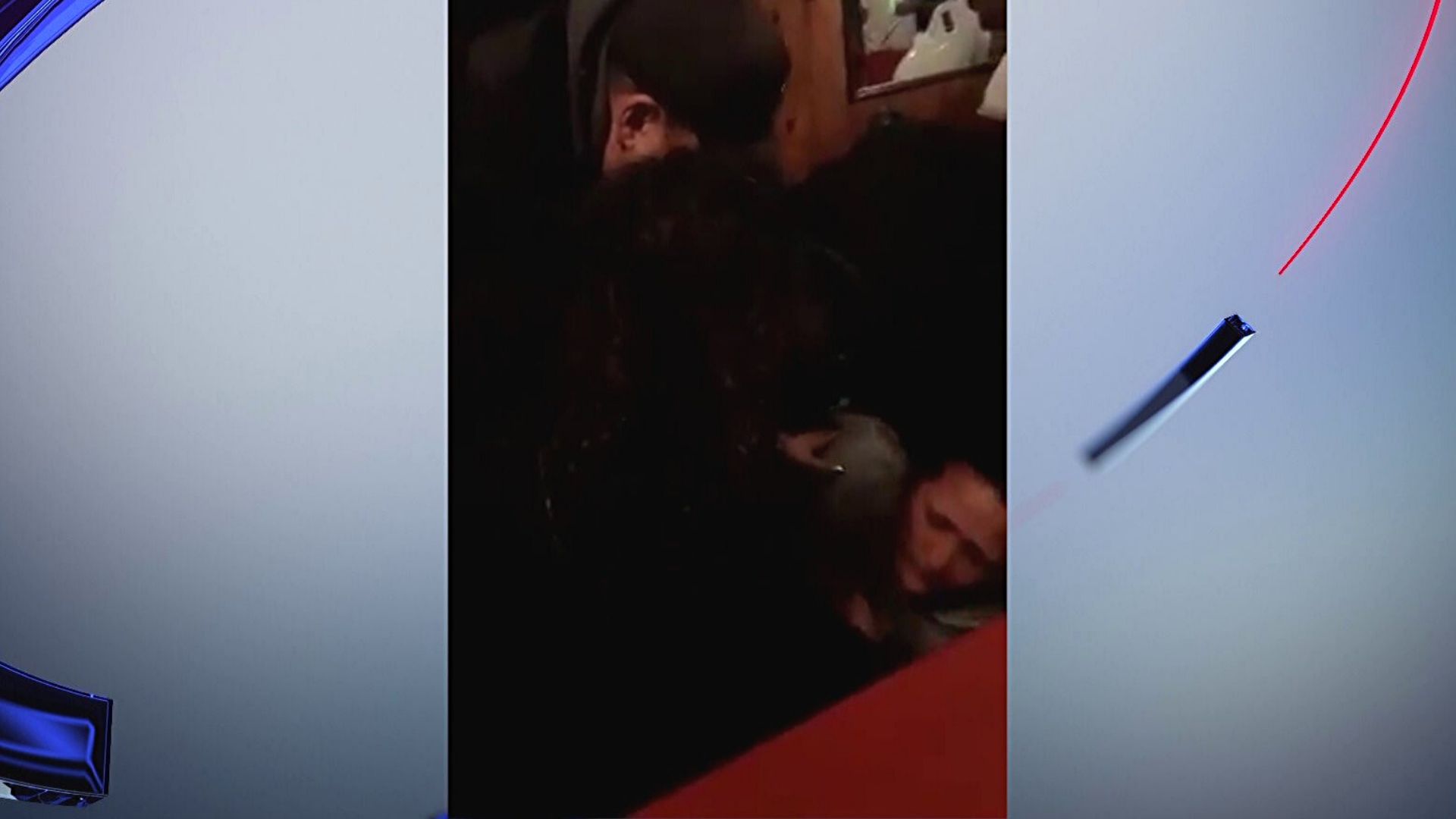 Community leaders and neighbors are rallying Monday outside La Cabaña Rodríguez restaurant in East Flatbush, Brooklyn, after ICE agents forcefully detained a woman who worked there last week, using what appeared to be pepper spray to detain her, the incident caught on camera.

FLATBUSH, Brooklyn — Community leaders and neighbors will rally Monday outside a Brooklyn restaurant where ICE officers stormed in and used pepper spray to detain a woman working last week.

The controversial arrest was caught on camera after federal agents barged into La Cabaña restaurant on Flatbush Avenue in the Flatbush neighborhood on Sunday, March 1.

Pimental can be heard coughing and struggling on the ground as witnesses scrambled to document the chaos.

State Senator Zellnor Myrie of Crown Heights tweeted the videos over this past weekend, writing that he is "enraged and heartbroken," and claiming the officers made no effort to explain what was happening to Pimental in Spanish.

Pimental's family, Sen. Myrie, neighbors and activist groups plan to rally Monday at 11 a.m. in front of the restaurant where the violent arrest occurred.

“During this enforcement action, ICE officers were within the scope of their law enforcement duties and acted with professionalism and respect to ensure the safety of all parties involved. On scene, officers maintained effective communication with Sanz Pimentel and bystanders by ensuring them she would be afforded all courtesy to include a translator during processing. Although the scene became chaotic with bystanders, officers continued to conduct themselves with professionalism to ensure the scene remained safe.”

THREAD - This is video (6min total) from an ICE raid at a RESTAURANT in Flatbush. I am enraged and heartbroken. These agents pepper sprayed the woman they detained, blocked the worker from recording, & made no effort to explain what was happening to her in Spanish. (1/4) pic.twitter.com/dUpSEhwDdG