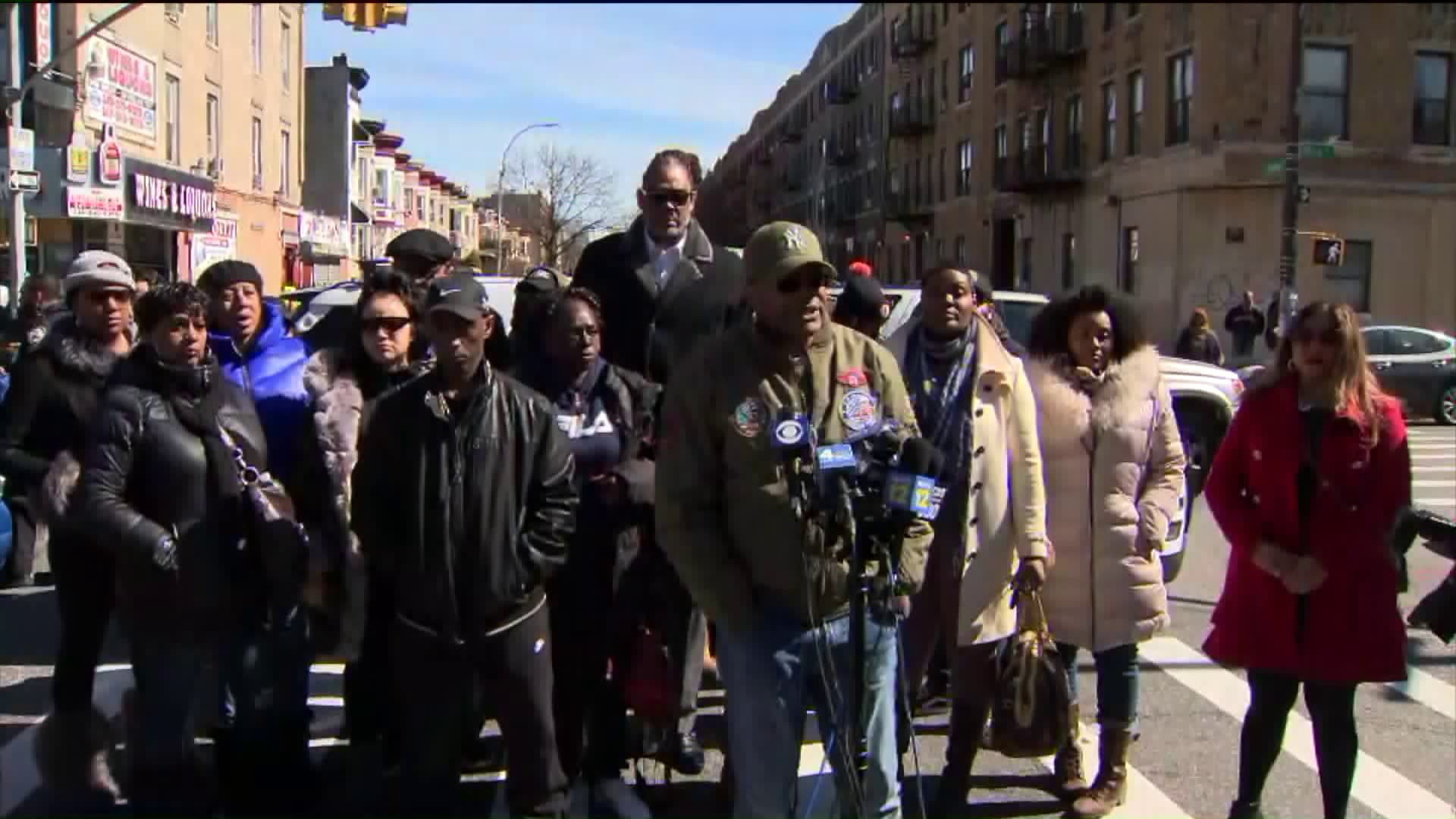 Five teenagers have been charged with gang assault and robbery in connection with the beating of a 15-year-old girl in Brooklyn on Thursday, police said.

CROWN HEIGHTS, Brooklyn — The grandmother of a 15-year-old girl, brutally beaten in Brooklyn, spoke out Saturday.

"My granddaughter, her spirits are broke," Pamela Thompson said. "She has a concussion. She has a lot of bruises. She will be alright, but not right now. She is messed up, mentally messed up."

The teenager was attacked on Utica Avenue Thursday in Crown Heights. According to the NYPD, a large group of teen boys repeatedly punched and kicked her until she was unconscious. They then took her Air Jordan sneakers right off her feet and stole her cell phone and debit card.

New York City Councilman Robert Cornegy said, "I talked to downtown Police Plaza and they said that it's 18 young men of interest."

Community activists joined the teen's family Saturday afternoon to denounce the attack. Five of the teenagers, ages 14 to 17, turned themselves into police Friday. They are charged with robbery and gang assault.

"I'm not a proponent of our young people being in jail, but at the end of the day they've got to atone for the criminality committed on this corner," Tony Herbert said. The Brooklyn community activist is also the uncle of the victim.

As police look into the motive for this brutal attack, the family maintained the teenager did nothing to provoke it.

A local woman, named June, said when she noticed the attack, she and a nearby man did their best to stop it.