Protesters clash with police in Brooklyn, Manhattan; several arrests made 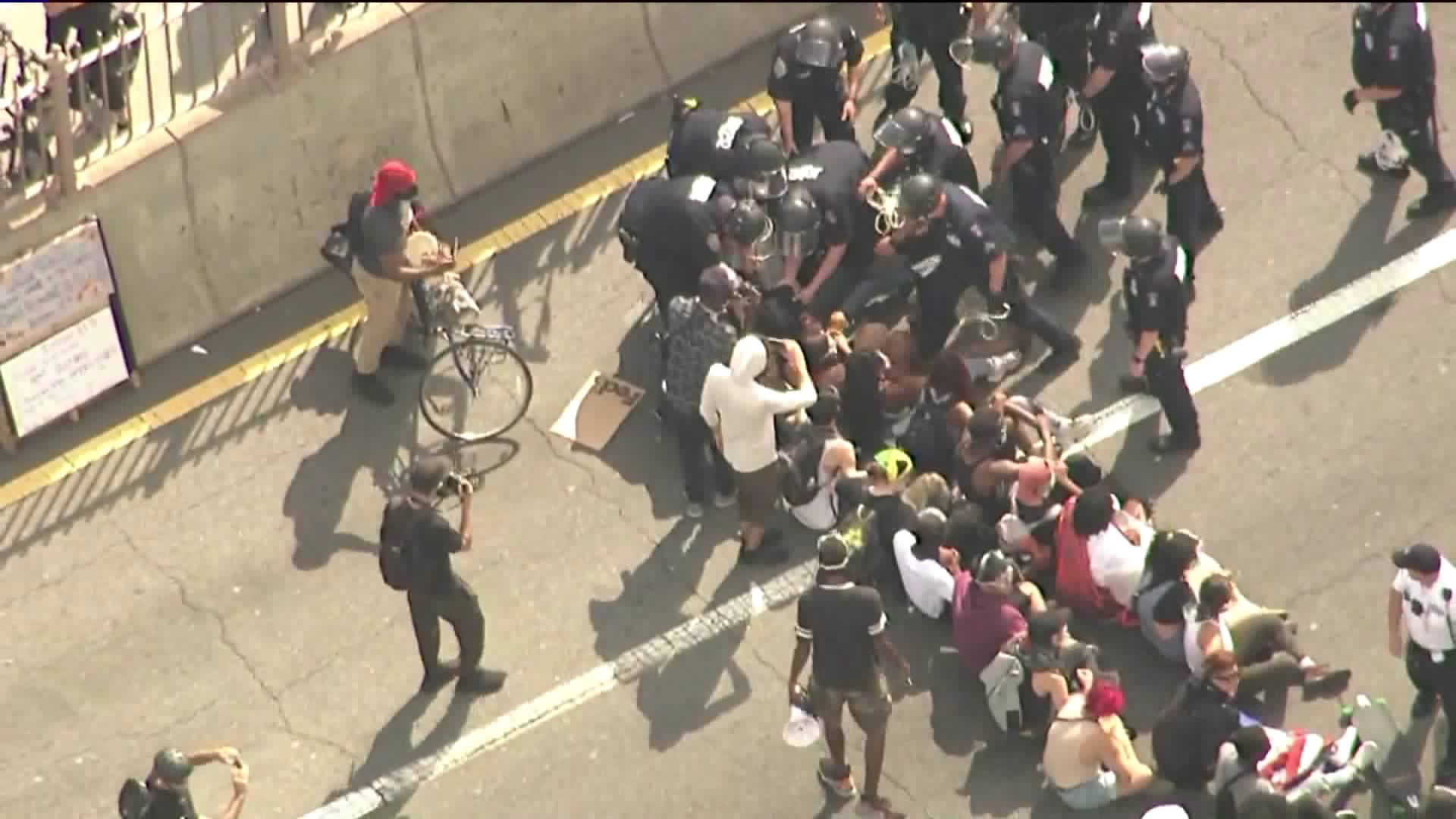 Protesters clashed with police in Brooklyn and Manhattan on Wednesday, resulting in several arrests and injuries to officers. 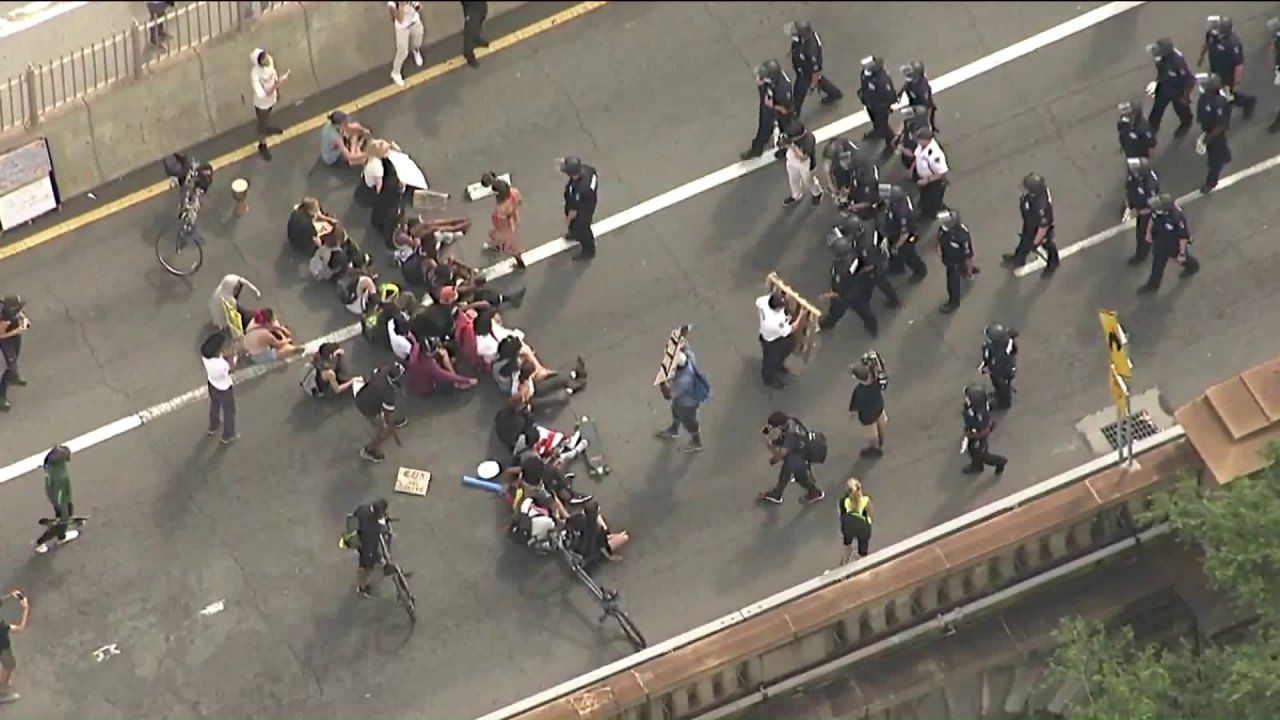 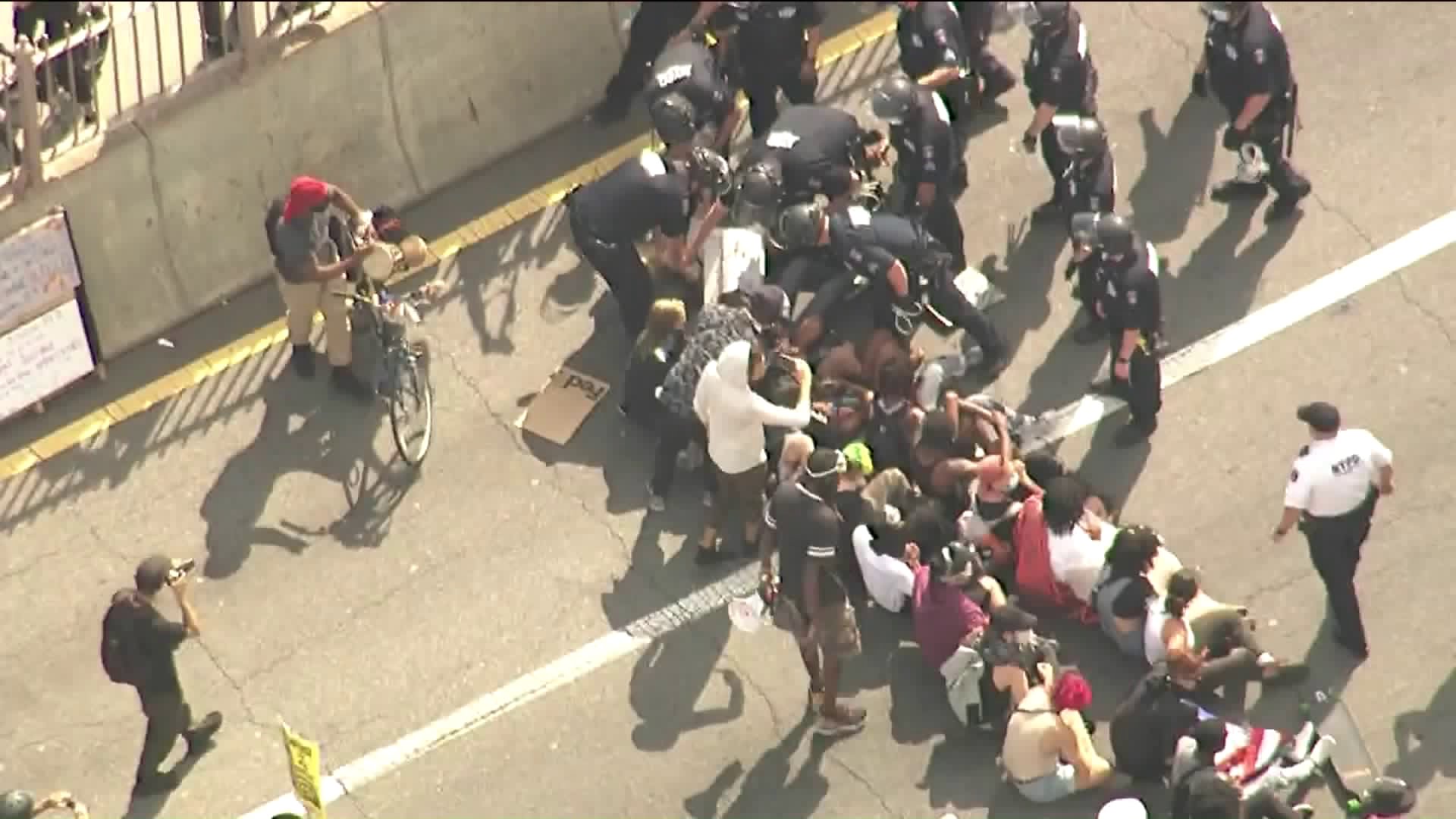 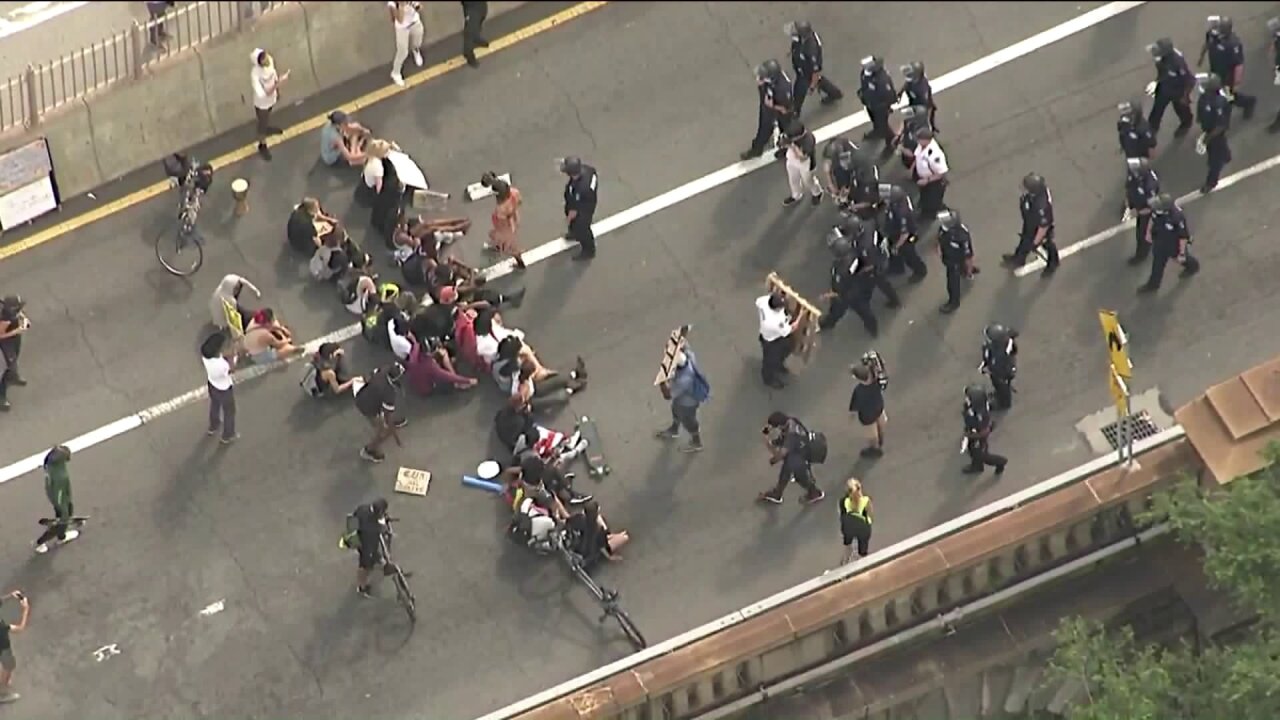 BROOKLYN — Protesters clashed with police in Brooklyn and Manhattan on Wednesday, resulting in several arrests and injuries to officers.

AIR11 was over the Brooklyn Bridge just before 10 a.m. when more than a dozen demonstrators sat in the middle of the road.

The protesters engaged in a standoff with police for several minutes before officers rushed at them.

The protesters scattered as police swarmed and several people were taken to the ground and arrested, video from AIR11 shows.

Watch: Police and protesters clashed on the Brooklyn Bridge, resulting in several arrests and injuries to officers.

At one point, several officers on bicycles chased after a fleeing protester and surrounded him. The running protester knocked into several of the bikes and the officers fell to the ground. The demonstrator was then taken into custody.

The incident happened around the same time that a planned prayer march against gun violence was expected to move from Cadman Plaza Park in Brooklyn to City Hall in lower Manhattan, but it appears the two demonstrations were not related.

More violence between police and protesters erupted in lower Manhattan near City Hall on Wednesday.

NYPD Chief of Department Terence Monahan suffered a laceration to his hand in the scuffle with protesters, police said.

Three other cops suffered serious injuries during the Brooklyn Bridge incident, according to the NYPD.

A lieutenant and sergeant both suffered lacerations to the head after being struck and another sergeant suffered an orbital fracture (broken eye socket), police said.

This is not peaceful protest, this will not be tolerated. pic.twitter.com/cYuDX8G7ku

A request for further details from the NYPD about the incident was not immediately returned.

Later Wednesday, police asked for help identifying another suspect in the clash who allegedly beat officers with a large cane or stick on the Brooklyn Bridge.

The Mayor's Office asserted their goal to unite the city amid the protests and violence.

"As the mayor showed today in the Bronx, we are working to heal the relationship between police and the community," a spokesperson said. "That starts with standing together and advancing reforms, and it also means we cannot accept violence against our police officers.“