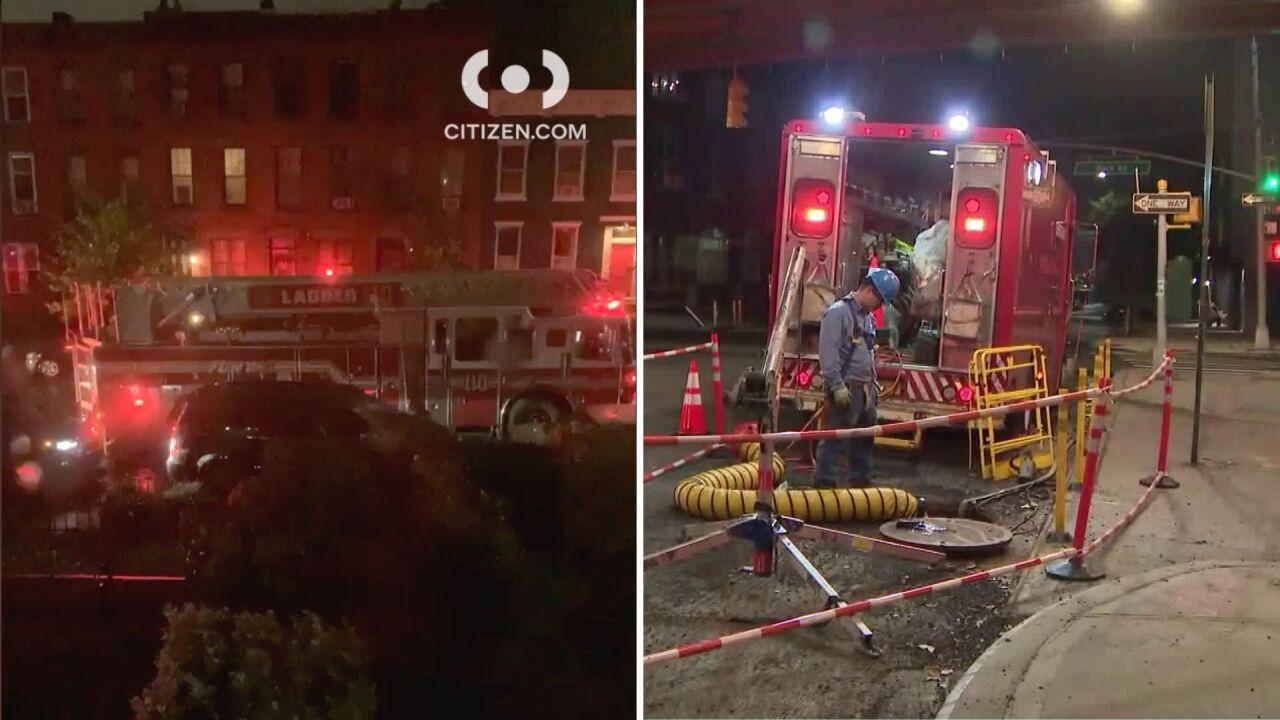 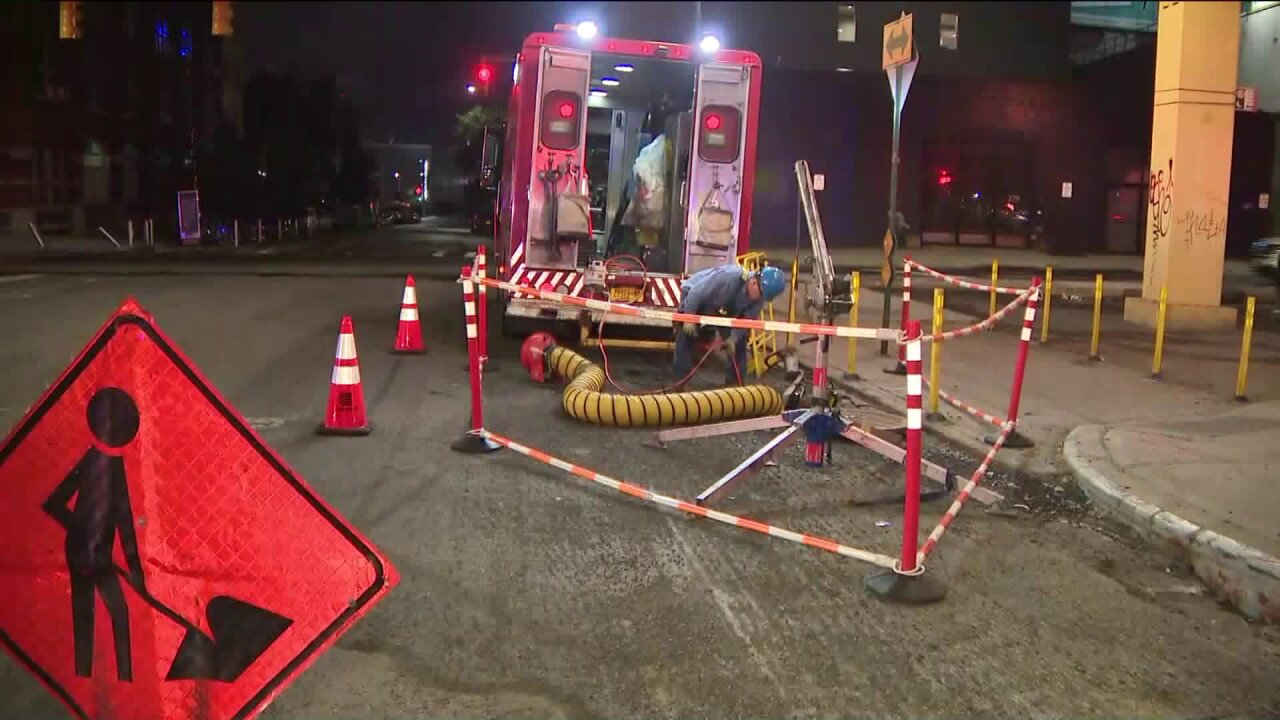 CLINTON HILL, Brooklyn — Nearly 100 Con Edison customers in a Brooklyn neighborhood were without power early Friday after multiple manhole fires in the area, the utility company and FDNY said.

Fire officials said the call came in around 1:45 a.m. for a manhole fire at 157 Washington Ave. in the Clinton Hill area of the borough.

There were multiple manholes on fire and the blaze grew to a two-alarm, with over 100 firefighters responding from 25 units, the FDNY said.

According to the FDNY, the fire was considered under control around 4:50 a.m. and there were no injuries reported.

Con Ed said around 5 a.m. that there were 90 customers without service.

Crews from the utility company were on the scene making repairs and power will be restored as soon as possible, Con Ed said.

Con Ed's website listed the cause of the manhole fires as "weather related."