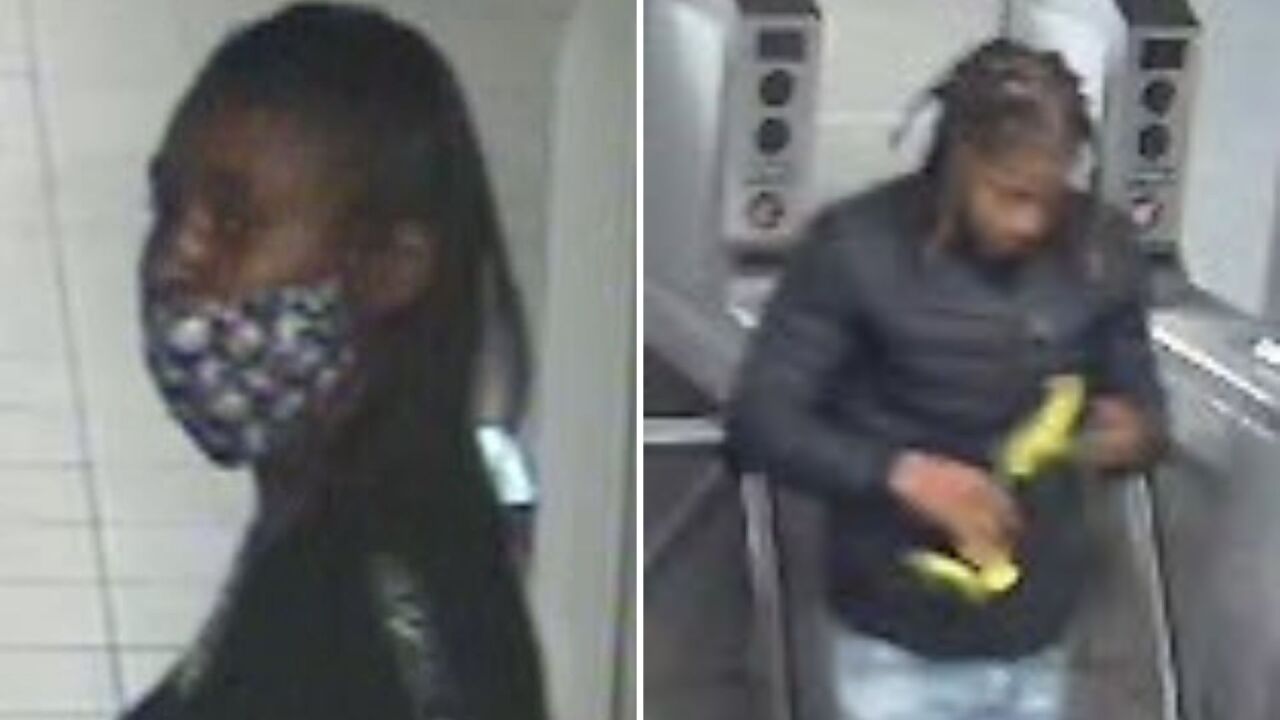 NYPD
Police are looking for a man and a woman in connection with a stabbing on the subway in Brooklyn on Sept. 20, 2020.

BROOKLYN, N.Y. — Police are still searching for two suspects in connection with a stabbing on the subway in Brooklyn earlier this fall, according to the NYPD.

The incident happened on a southbound A train near the Jay Street-MetroTech station around 7 p.m. on Sept. 20.

The 27-year-old male victim had gotten into an argument with a man and a woman that escalated into a physical fight, police said. The male suspect then stabbed the victim multiple times in the head and torso, according to authorities.

The man and woman then fled the train at Jay Street-MetroTech, police said.

The victim was hospitalized in serious but stable condition, according to police.

Authorities described the suspects as between 20 and 30 years old.