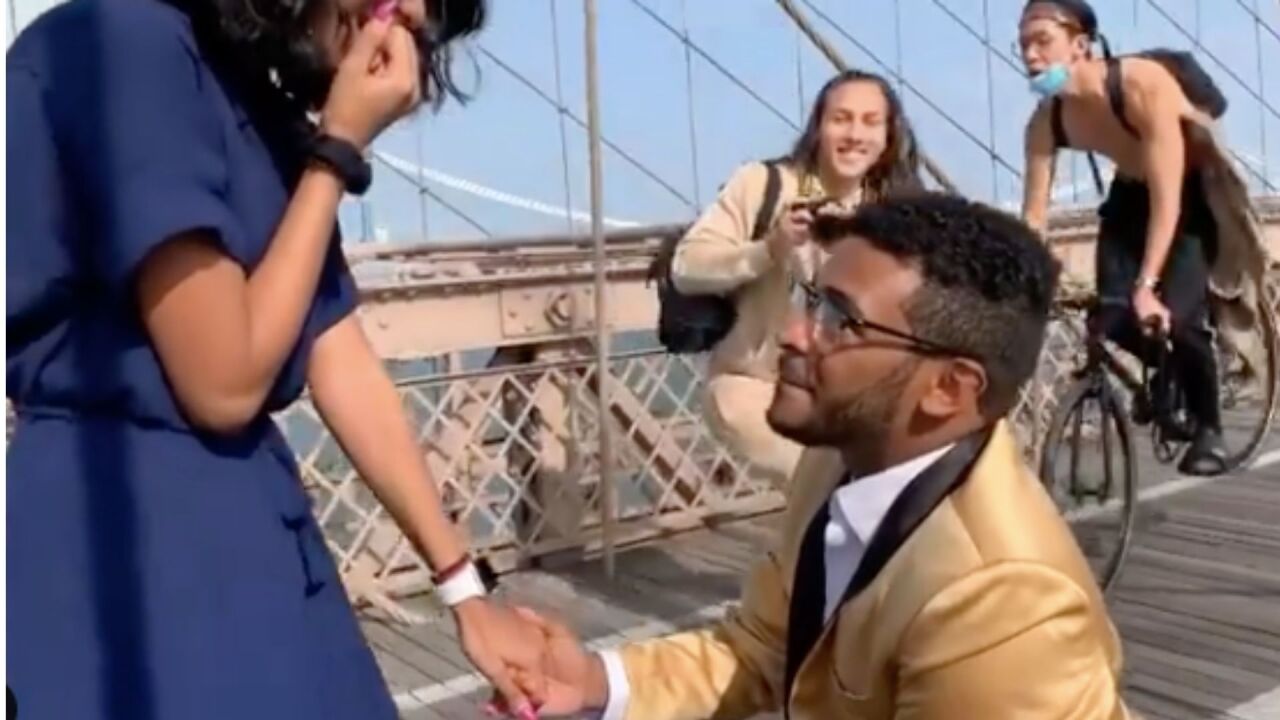 Instagram: @danamaiaa
A proposal on the Brooklyn Bridge didn't go as planned after one of the photographers collided with a bicyclist.

It’s a marriage proposal one couple — and over a million people on social media — will never forget.

A video of a man’s proposal on the iconic Brooklyn Bridge turned into a classic New York moment thanks to a mishap with a bicyclist.

Christopher Vigo brought his girlfriend, Angelina Rivera, to the bridge on Sept. 18 for a photoshoot. During the photoshoot, Vigo got down on one knee and was ready to pop the question.

The couple’s friend Joshua Rosario, crossed the bike path on the bridge to get pictures of the moment from a different angle.

However, video of the proposal, which has since gone viral, showed Rosario step into the bike lane just as a bicyclist was passing through, causing them to collide and fall to the floor.

Vigo then momentarily stopped his speech to check on his friend, but didn’t let go of Rivera’s hand and continued on with the proposal.

Vigo told PIX11 the proposal “is just one to remember always and never forget.”

As for Rosario, he told PIX11 he’s doing great.

The video has since garnered thousands of views on Instagram and over one million views on TikTok.