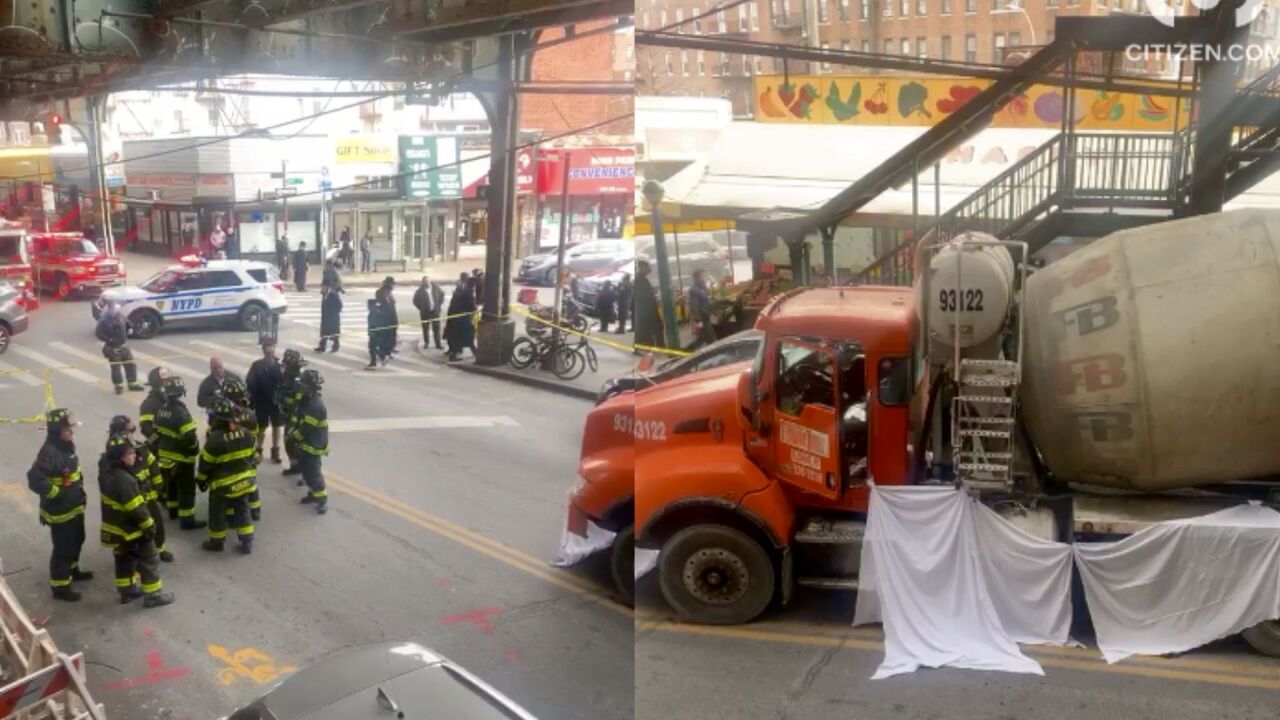 BOROUGH PARK, Brooklyn — A woman was struck and killed by a cement mixing truck in Brooklyn Tuesday morning, police said.

Authorities were called to the vicinity of 49th Street and New Utrecht Avenue in Borough Park around 11:55 a.m.

Officers arrived to find 68-year-old Judith Wieder with trauma to her body, police said. She was pronounced dead, police said.

Police said Wieder was walking mid-block and outside of the crosswalk when she was struck.

Video from Citizen app shows white cloth covering parts of a truck, which appears to be a cement truck and several firefighters on scene.

This is the second pedestrian to die after being struck by a truck in less than 12 hours. A 10-year-old boy died in the hospital after he and his mother were struck by a sanitation truck in Corona, Queens, police said. His mother remains at the hospital in critical condition.